More than 1,400 cases of COVID-19 have been identified in meat processing facilities across Canada
May 13, 2020 6:30 PM By: Kenneth Armstrong 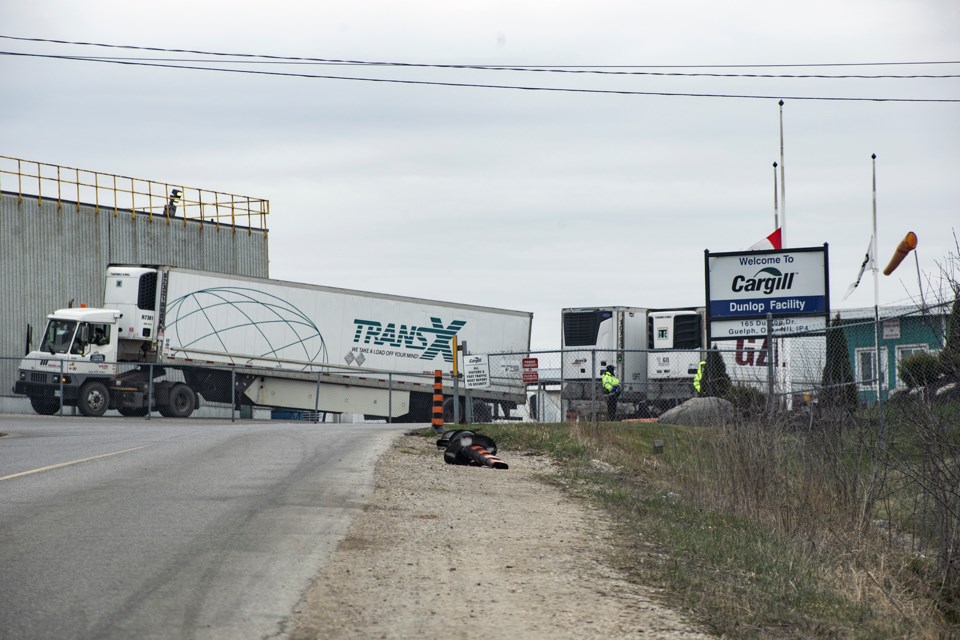 The union representing workers at meat processing facilities in Ontario says there are now additional cases of COVID-19 confirmed at one of the Guelph plants.

“The number of confirmed cases we are aware of has gone up to three,” said Tim Deelstra, media relations strategist for Locals 175 and 633 of United Food and Commercial Workers (UFCW), which represents 70,000 workers in the food processing and retail sectors in Ontario.

The total of three cases is up from the one case that was identified in an April 24 story on GuelphToday.

Deelstra said the number of local cases has been relatively steady compared with the more than 1,400 cases identified in meat processing workers Canada wide as of May 7. Larger outbreaks have been experienced at plants in Alberta, Quebec and Ontario.

“Unfortunately there have been three lives lost in Alberta and unfortunately in Ontario at a different meat processing facility, Maple Lodge Farms in Brampton, where we also represent the workers,” said Deelstra. “We as a union continue to advocate what we have been, trying to keep people as safe as possible.”

Recently, the federal government announced $77 million to be made available to food processing companies in response to COVID-19, but UFCW said details of how that money will be distributed is uncertain.

The union is advocating Cargill to take every reasonable measure they can to make the plants safer, which may include spacing people further apart on the line or possibly slowing down production.

“We understand that food is important and that the supply chain is important, but so are workers’ lives and their health and safety,” said Deelstra. “We advocate for any measure that may include a small slow down of production if it keeps people from getting sick, we think that compromise is worth it.”

The union is also asking the company to make provisions for personal protective equipment, as well as making arrangements for safe travel to and from the plants to minimize the risk of exposure to COVID-19.

“We know in any of these settings where you bring groups of people together, the potential for the virus to spread is much higher,” said Deelstra. “We have seen that in long term care, retirement, corrections, etcetera.”

The union’s most recent requests to protect its workers can be seen here.

Deelstra said the union would also welcome if all employees would be tested for COVID-19, a set the Quebec provincial government recently announced.

As of Wednesday, the two Cargill plants in Guelph are operating at 100 per cent capacity, said Daniel Sullivan, spokesperson for the company.

Cargill has implemented a number of increased measures designed to provide greater safety and protection for workers in its North American plants, said Sullivan. Those include: screening questions prior to entering plants, temperature screening, increased sanitation and protective barriers, among others. A full list of current measures can be found here.