As players, families and fans eagerly await a return to the ice, neighbouring hockey leagues resume play
Mar 1, 2021 9:00 AM By: Luke Schulz 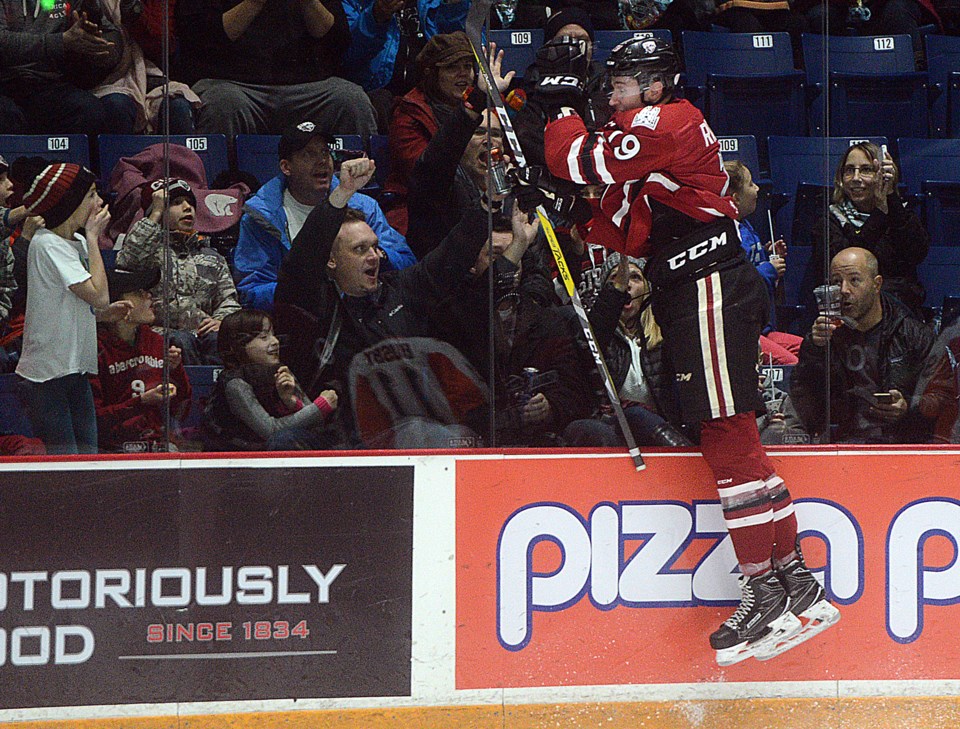 As meaningful hockey continues across the NHL and Western Hockey League and the Quebec Major Junior Hockey League, fans, families and players Ontario have been growing increasingly frustrated with the lack of action in the Ontario Hockey League, with some going so far as to write to the provincial government for further action.

Speaking as a guest on OHL Stories with Mike Farwell and Chris Pope, OHL Commissioner David Branch said the league has been “very fortunate” in the support they’ve received from their teams, fans and the premier – as he said Doug Ford has been “very supportive” in their efforts to begin league play once again.

As the one-year anniversary of halting play in the OHL approaches, Branch said he recognizes that the clock is ticking, though he adds that “nothing is set in stone yet” as conversations continue around how best to facilitate and execute a safe return to play.

While it may be disappointing for fans to be left with a lack of clarity on when the 2020-21 season could resume, Branch said the OHL will be ready to play as soon as they find out what that season could look like. Pointing to the return to play in the NHL and the AHL, Branch said the focus of public health now appears to be on the OHL.

“We’ve developed an extensive return to play plan, and we really lifted a lot of it, as public health suggested we do, from what the NHL model is and what the AHL model is,” said Branch. “We’re working through that right now, and they’ve been very open. The dialogue has been good, and there’s a sense that they’re trying to make it work for us.”

When asked if the OHL’s member clubs would be able to withstand, hypothetically, a loss of the entire season, Branch said he doesn’t believe there’s any team that would be willing to close operations. Branch did acknowledge that there is a lot of interest in OHL franchises from south of the border, however, as he said that one of his biggest concerns would be to lose any of the teams in the league.

“I for one don’t want to see teams have to sell … to U.S. interests. That’s something we have to work through,” said Branch. “Right now, our owners are committed – they have been since day one. To say there aren’t some hardships wouldn’t be right, obviously, but we’re hopeful we can arrive at a position to stabilize all our teams as quickly as possible going forward.”

Branch said there was no update available as to whether or not there’d be further assistance available to our OHL teams, though he did add that the league is having discussions with the province to see what could be available moving forward.

“The one thing our teams do bring to a community is hope in itself, and its good for the mental health of not only our players but our fans and our communities,” said Branch. “In many of our communities, we’re the number one sport entertainment property – and the economic benefits are not insignificant.”

“It’s for that reason we hope we can generate some interest to support us to get back on the ice, and to get back to playing.”

In his open letter to the OHL and the province, Perrot said watching other leagues restart play has left him and other players with “negative thoughts”, as players earn accolades from the Canadian Hockey League while those in Ontario are unable to play. While Perrot said those aging out of the league may have concerns their last OHL games may have been in March of 2020, Branch said there are currently no plans to shift age restrictions in the league to compensate for lost time.

“We have never discussed what ifs if we don’t play. Our focus, energy and time has been on when we return to play. Hopefully, we don’t get to that time where we suddenly have to say ‘alright, what about these what ifs.’” said Branch.

Since writing his open letter, Perrot has also launched a petition to Minister MacLeod to allow players to get back to playing – garnering well over 2,000 signatures.