Coronavirus has ‘unprecedented’ number of Canadians making a will 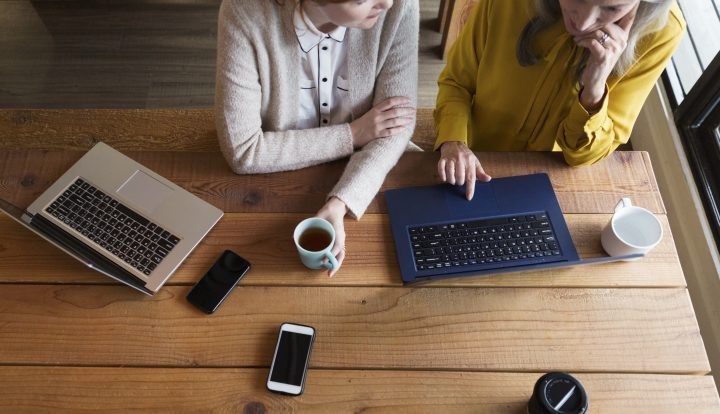 More Canadians are thinking of end-of-life planning amid the COVID-19 pandemic.

The number of Canadians making wills and signing powers of attorney has spiked in the past two weeks, according to companies that help with the process.

For Willful, a service that allows Canadians to create their own legal documents online, sales since March 16 have been 160 per cent higher than they were in the first two weeks of the month. Traffic to the website went up 80 per cent over the same time period.

Erin Bury, the CEO of Willful, explained the pandemic has a lot of people thinking about their emergency plans — or lack of.

“When we’re faced with something like a pandemic, obviously it causes people to think more about their own mortality plans,” she told Global News.

She noted the increase in usage may also be because many Canadians are at home and aren’t able to visit lawyers to draft wills in person.

“They have more time to get to those tasks that might have fallen to the bottom of the list previously,” she added.

Bury noted, however, that even wills created online must be printed and signed by two witnesses to be legally binding.

Tim Hewson, the co-founder and president of the company, said the rise in demand has been “unprecedented” across the company’s operations in Canada, United States and the United Kingdom.

Hewson noted the company generally sees increases around the beginning of the year and then during tax season — but that’s “nothing” compared to traffic amid the pandemic.

“We’re seeing probably three to four times the normal traffic,” he said. “This is absolutely unprecedented. We’ve never seen anything like this kind of interest in will writing.”

Both companies found that Canadians on the website are looking for more than wills — they’re also filling out powers of attorney.

“A power of attorney comes into effect when you’re still alive, but you are unable to communicate, maybe you’re in an accident or you are incapacitated,” Bury said. “That appoints someone who can pay your bills and make medical decisions on your behalf.”

Bury noted that powers of attorney are important for any Canadian adult, whether they’re young or older.

Hewson noted that wills aren’t a one-time document, but can and should be changed throughout one’s life so they’re up to date, accounting for things like family growth and new assets.

That’s quite a problem, according to Nicole Ewing, a Canadian strategist with Edward Jones.

Ewing told Global News that not having proper paperwork in place before death can have serious consequences for loved ones left behind.

“There’s legislation in each province that would dictate what happens in the event that an individual doesn’t have a will,” she said. “So there are rules that will apply and they might not be the ones he would want to apply to yourself and your family.”

Ewing noted having a will is about protecting loved ones, minors and beneficiaries. Dying without a will can leave behind a trail of unpaid bills, taxes and courtroom battles for those who survive you. Not to mention that you don’t get a say in who gets what.

She said the rules across Canada can differ on some critical matters. For example, provinces have varying rules on common-law couples. In several provinces, only married spouses are automatically granted a claim to your inheritance.

While more Canadians are looking online to make wills, Ewing cautioned that individualized advice from lawyers may be more reliable. She said that Canadians should also consider coordinating wills with their financial advisors and accountants.

“I think they should be all partnering together to help put the best document in place, because we want to ensure that your planning is coordinated,” she said, adding that a beneficiary listed on a bank account, for example, should be in line with what is on the will.

ONTARIO: Premier says anyone who wants a COVID-19 test will be able to get one
May 24, 2020 11:44 AM
Comments
We welcome your feedback and encourage you to share your thoughts. We ask that you be respectful of others and their points of view, refrain from personal attacks and stay on topic. To learn about our commenting policies and how we moderate, please read our Community Guidelines.

Questions about the Guelph real estate market during this uncertain time?
Dear reader

Our COVID-19 coverage, like all of our reporting, is provided to our community for free as we believe news should be accessible to all.

Please consider supporting our local reporting efforts so we can continue providing the news you need.