Let the meat you eat improve an animal's life

For people who love animals and want to do more to improve animal welfare, Moral Eats provides ethically sourced animal products from farmers that go above and beyond to give their animals an amazing life

Selling meat is not the goal, but the method for improving the lives of farm animals. Let the meat you eat be a vote for an animal's quality of life. 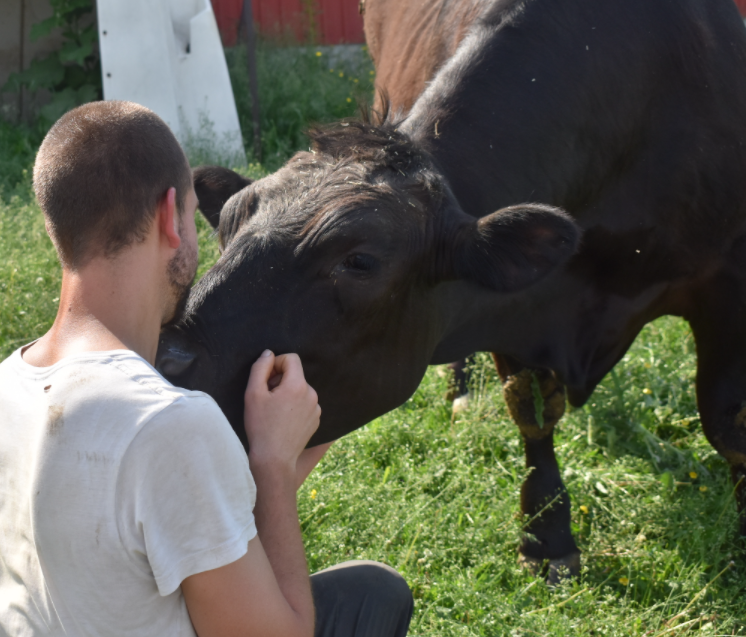 He was a bull calf from the dairy industry. Normally he would have been raised as veal and lived to 7 months old. Instead, he was raised as grass-fed beef and he got to live to maturity on pasture. He had a very quite temperament and was very affectionate. He truly was a gentle giant.

All calves raised for Moral Eats are sourced from the dairy industry which are typically sold as veal. Every piece of grass-fed beef sold helps improve the lives of dairy calves.

These are pastured turkeys... 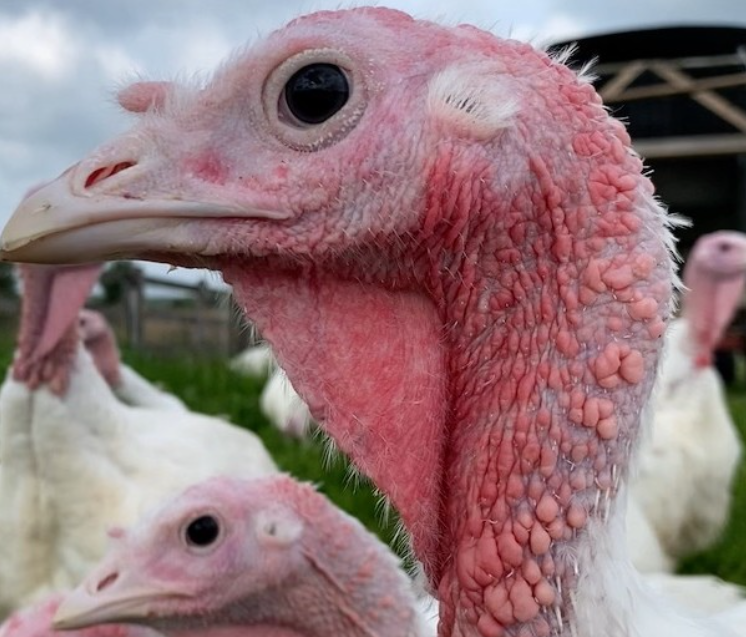 Normally turkeys are raised indoors and fed grains and concentrates until they are fully grown.

Pastured turkeys are part of a rotational grazing system designed to regenerate the pasture and improve the environment. They are raised on grass and are moved regularly along with their mobile shelter. Unlike free range turkeys, which are raised in a barn with access to the outdoors. Turkeys will eat up to 40 percent of their diet as grass, but turkeys prefer shorter grass. So, idealy they would fallow a herd of cattle, much like birds did with the herds of buffalo across North America. In return, the pastures improve and prvides more feed for the cattle, because of the high nitrogen levels in the turkey manure.

Why no pastured chickens?

Pastured chickens are managed in much the same way as pastured turkeys, so why doesn't ethically sourced meat include chicken?

Pastured chicken does not meet the standards of Moral Eats, because they do not live to maturity. Chickens raised for meat live to be only 6 weeks old. Instead, Moral Eats promotes turkeys products like turkey breast pieces and leave chickens to laying eggs.

MORE ABOUT THE FOUNDER

Sander has always been passionate about animals. He went to the University of Guelph with aspirations of becoming a veterinarian, but in 2010, he changed his mind. He came home to the family dairy farm instead, because he realized he would be able to spend more time working with animals as a farmer. They built a new dairy facility in 2014 centered around cow comfort. The cows' health improved and they quickly became one of the top managed herds in Wellington county. Eventually, he wanted to do more to improve the lives of his animals, but there was no market for it, which led to the idea for "Moral Eats". He decided to start the company that would source and deliver moral animal products, because for a solution to improving the welfare of farm animals to be sustainable, it must be profitable. For more information, check out his Youtube channel where he is documenting his journey of improving the lives of farm animals.