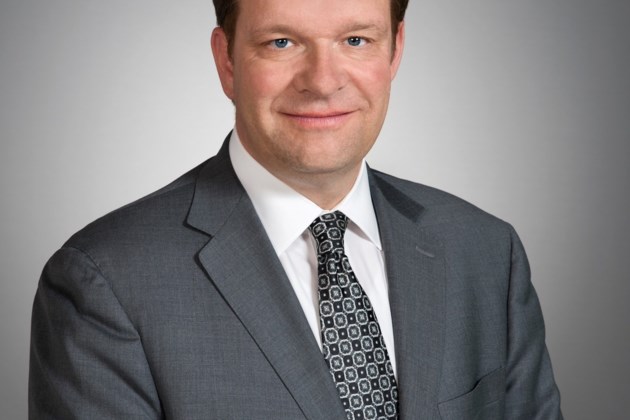 Trusted, experienced, and dedicated, he is a persistent and effective advocate for our communities and our shared values in Wellington-Halton Hills.

When an issue arises, he listens and takes action.  That's been his record since he was first elected in 1990 at the age of 27.  Now in his 24th year in the Ontario Legislature, he is one of the longest serving MPPs at Queen's Park.

During his time in office, he has always been prepared to work cooperatively with MPPs from other parties in order to make progress for the people in his riding.  In November 2013, he worked with a Liberal and an NDP MPP to bring forward a Private Member’s Bill to establish January 21 as Lincoln Alexander Day in Ontario.  The Bill passed Second and Third Reading in the same day, which required the unanimous consent of all MPPs.

He and his staff know what to do to get things done.  They care.

Supporting our local health services, Ted was relentless in successfully pushing for hospital capital projects in Centre Wellington and Georgetown. Through the years, he has consistently fought for our fair share of provincial funding for needed infrastructure projects.

Ted believes in our students, and knows Ontario's long term future is dependent on creating a culture of excellence and continuous improvement in our schools.

He also makes the interests of seniors, farm families, and small business people his priorities.

Going back to his maiden speech in the House in 1990, he has always insisted government must live within its means and control its spending, so as to prevent taxes and the debt from always going up.

In today's uncertain economy, he knows government must focus on encouraging companies to invest here and create the new jobs we need.

He is well known for his efforts over the years on behalf of volunteer firefighters.  In 2009, the Firefighters' Association of Ontario made him an honorary member.

In 2011, the Association of Ontario Road Supervisors gave Ted an honorary membership in their organization, in recognition of his significant contribution to the Certified Road Supervisors public works professional accreditation program.

Ted was born in Fergus, but grew up in Arthur, where his family was in the heavy construction business.

At the age of 16, along with two friends, he received recognition from the Most Venerable Order of the Hospital of St. John of Jerusalem, for rendering "assistance which was instrumental in saving the life of a drowning man." OPP Commissioner Harold H. Graham presented him a certificate which today hangs on the wall at Ted's Queen's Park office.

In the 1980s, Ted studied at Wilfrid Laurier University, graduating with a Bachelor of Arts degree and a Diploma in Business Administration.  Like most students, he worked part time and summers at a variety of jobs: as a construction laborer, a factory worker, and a retail store clerk.

Upon leaving university, he worked full time as an assistant to Jack Johnson, the long serving MPP for Wellington.  For Ted, this political apprenticeship taught him a meaningful lesson: that decency, honesty, and hard work can help to define success in elected public service.

In 2004, Wilfrid Laurier University named him as one of their alumni who is "making a difference around the world."

Ted lives in Fergus, with his wife Lisa, who teaches Core French at James McQueen Public School. They have three teenage sons, and they attend St. Andrew's Presbyterian Church in Fergus.

He believes in the promise of the future for Ontario, and that by working together, our best days are yet to come.