Generosity and kindness make for a successful poppy campaign 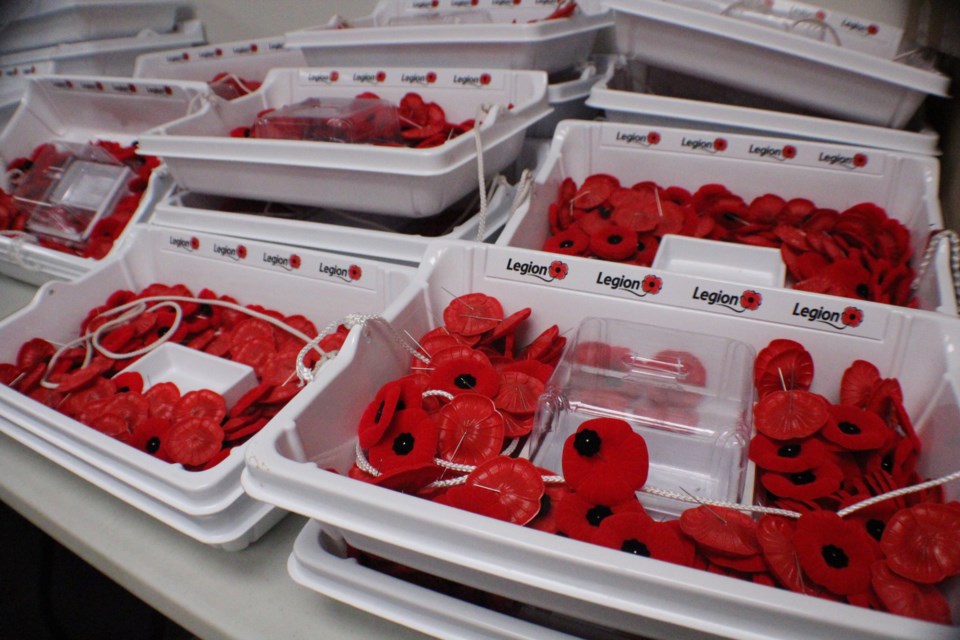 The 2020 poppy campaign undoubtedly looked different due to the pandemic, and Guelph Legion credits its success to the support from the community.

The legion faced new challenges running their annual fundraising campaign but was still able to raise a total of $78,884 for the Guelph Poppy Trust Fund. Last year, the legion raised nearly $100,000.

“The success of the 2020 Poppy campaign is a result of the generosity of the citizens of Guelph, the support of the business community, and the hard work of Legion volunteers,” said David Thompson, chairman of the Poppy Committee in the Guelph Legion in a press release.

“My personal thanks go out to all who contributed to the campaign which will allow us to continue to support veterans and their families, provide bursaries, support regional hospitals and promote Remembrance through youth activities like the literary and poster competitions and participation in the local cadet corps.”

Poppy boxes were distributed across the city on Oct. 30 but the program faced many challenges as the legion could not use the service of cadet corps who traditionally collect donations, were limited with the number of boxes they put out because of businesses’ limited working hours and customers’ swift shift to payment cards to avoid handling money.

The funds raised will be used to address specific needs identified by the Legion’s Dominion Command.

The legion had two boxes stolen from two stores. After the accused was arrested, one of the store managers brought in a donation to cover what might have been in the stolen box.

“Our primary focus is to support veterans and their families by providing bursaries for their children as well as donating to specific support programs for veterans. In addition, the Trust Fund supports regional hospitals whose services are available to veterans,” said Thompson.

He also added that the fund supports youth education through the literary and poster competitions as well as financially supporting the four Guelph Cadet Corps.

“None of the Poppy Trust Funds can be used to finance the operation of the local Legion; neither its facility nor programs for its members,” said Thompson.

Noah Irvine continues his fight for increased mental health and addictions supports from feds
Feb 24, 2021 7:00 AM