New labyrinth in Arboretum offers a space for outdoor reflection

The labyrinth was made from natural resources found in the Arboretum
Nov 18, 2020 11:00 AM By: Taylor Pipe 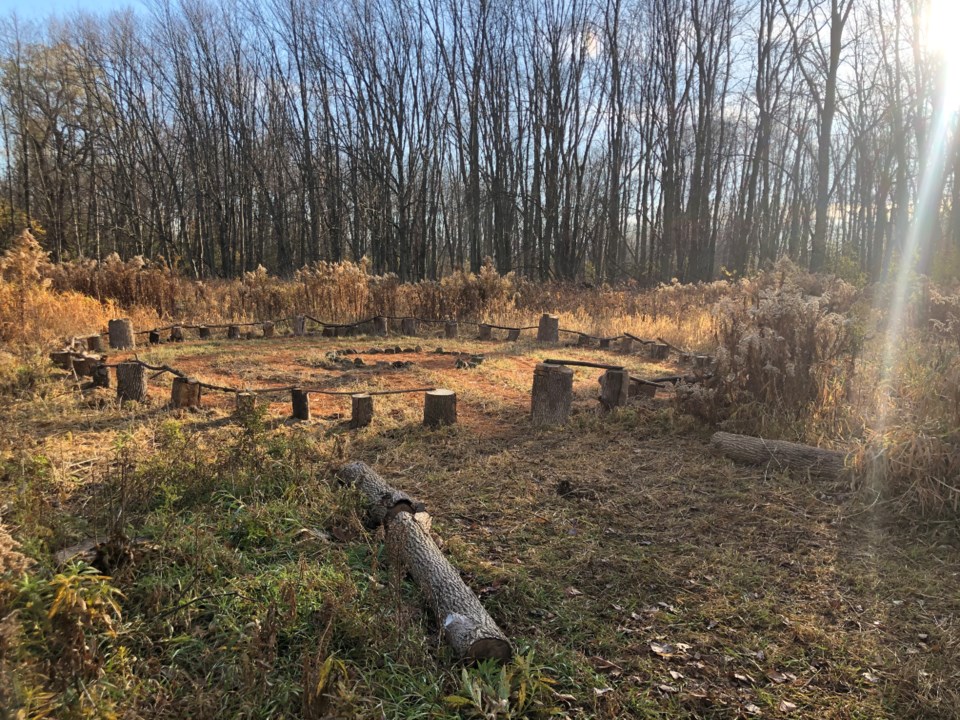 The labyrinth in the Arboretum. Justine Richardson photo

The Ecumenical Campus Ministry, (ECM) has created a labyrinth at the Arboretum for students and community members to enjoy.

“A labyrinth is a concentric walking path,” said Andrew Hyde, ECM minister. “They’re usually circular in shape, although they can be different forms. Some people might look at it and at first think it’s a maze.”

However, mazes usually have only one clear path to take. With labyrinths, there is no wrong way to walk and all pathways will lead you a central destination. The purpose of walking through a labyrinth is to pause and connect spiritually with yourself.

The ECM pitched the idea to the Arboretum this past summer.

“It coincided nicely with some of the things we’ve been talking about here with having temporary and ephemeral art installations,” said Justine Richardson, director of The Arboretum.

Richardson looked at various locations that would be a good site for the labyrinth and decided on a location where an old ash tree used to be. The tree died due to emerald ash borers and the stump left a natural circle for the installation.

“One of the things we do here at the arboretum if a tree comes down is sometimes we leave them as part of the way we allow the ground to naturalize,” Richardson said.

Hyde said it was an ideal space because of the natural resources it offers.

Richardson emphasized the importance of being able to enjoy the outdoors safely and promoted physical distancing while enjoying the labyrinth and the arboretum.

“As far as we know right now being outdoors is one of the safest ways to get exercise and to be near but yet safely distanced from other people,” Richardson said. “As we go into the winter time and the case numbers are rising having a place where we can go and keep our physical distance is very important.”

The labyrinth is located in the Arboretum near the entrance closest to the university campus.