10-year sentence for Guelph man who killed his mother

Mental health issues a key factor as Larry Kemp pleaded guilty Monday to manslaughter in the 2014 killing of Patsy Lewis
Dec 15, 2020 6:05 AM By: Tony Saxon 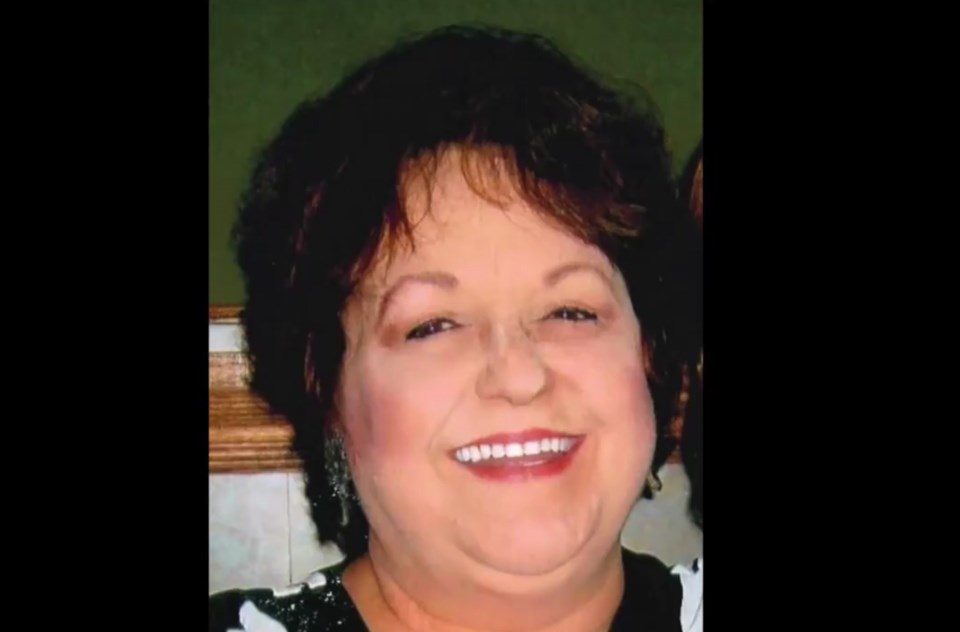 Patsy Lewis was killed by her son Larry Kemp in 2014.

Warning: The following story contains details that some may find upsetting.

A Guelph man who stabbed his mother to death in 2014 has been sentenced to 10 years in prison after pleading guilty to manslaughter.

Larry Kemp had pleaded not guilty to second-degree murder in the death of his mother Patricia “Patsy” Lewis.

Following a series of pre-trial meetings over the past two years, the Crown Attorney withdrew that charge at a video conference court hearing on Monday afternoon and Kemp pleaded guilty to the lesser charge of manslaughter.

Kemp was given credit for two years already spent in prison awaiting trial and will spend another 6.9 years behind bars.

The main reason for the lesser conviction was that Kemp was struggling with several mental health issues at the time of the killing, court heard in an agreed statement of facts, and had stopped taking medications that helped him deal with his depression, bi-polar disorder and schizophrenia.

“Were he (Kemp) healthy ... this horrible, horrible act probably would not have happened,” said Crown Attorney Thomas Meehan in reading the agreed statement of facts into the record on Monday.

Meehan said the victim and her son had a turbulent relationship. And that the relationship between the two was “mutually abusive,” something later disputed by Lewis’s niece.

Police were called several times by Lewis for a variety of issues related to her son and Kemp was previously arrested for punching her in 2012.

Kemp was also upset that his mother had called police a few days earlier to report he was driving drunk. He was arrested and charged on that occasion.

According to the agreed upon statement of facts, the two had been drinking alcohol and argued the day Lewis was killed.

At one point Lewis “came at” Kemp holding a kitchen knife. He kicked the knife out of her hand then struck her in the head several times.

Kemp then took the knife and stabbed his mother in the neck. He then cut her throat.

He cleaned the knife with bleach, blocked the kitchen so Lewis's two dogs couldn't get in, removed a layer of clothing that he later put in a dumpster, then left the house.

Kemp was later named as a “person of interest” by Guelph Police early in the investigation, but wasn’t arrested until 2018 when new evidence came to light. It was never revealed what that new evidence was.

While everyone agreed Kemp’s reaction was not self defence, Meehan said Kemp “lacked the unlawful intent to make the crime murder.”

In a written submission, Lewis’s daughter Julie Indovina wrote that she now suffers from PTSD and has not been able to return to work. She spoke of the loss of her mother and of how her children lost their grandmother.

Indovina was also critical of Guelph Police’s earlier response to issues at the home.

“The Guelph Police failed to take this matter seriously when her murder was so predictable and could have been prevented. The system failed my mother,” Indovina wrote.

She said she has suffered emotionally, professionally, socially and financially since her aunt’s murder.

“Stop blaming everybody else,” she said directly to Kemp. “You were a monster.”

Marangwanda had interrupted the proceedings earlier, objecting to the part of the written statement of facts that said Lewis was abusive to her son.

Marangwanda also blamed the system, saying it failed her aunt.

“While I am angry at you, I don’t hate you,” she told Kemp. “You are part of a greater problem that must change.”

Given an opportunity to address the court by Justice Bruce Durno, Kemp apologized to “the court, the crown attorney and my entire family,” adding that the killing of his mother was “a combination of factors.”

“I close in saying I’m very sad and remorseful,” Kemp added. “The only one who has said or done anything to make this remotely better has been my psychiatrist, who said ‘I’m sorry for your loss.’”

- GuelphToday does not permit comments on court stories