Proposal for stacked townhouses expected to be filed next spring
Jun 11, 2021 8:30 AM By: Richard Vivian 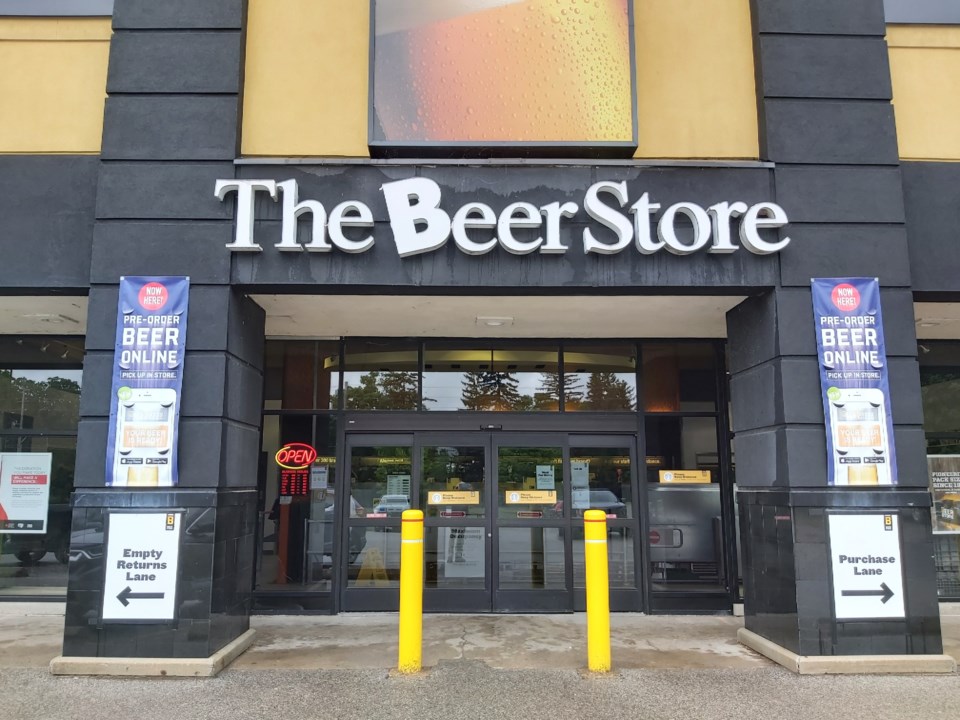 Guelph is getting a new Woolwich Street Beer Store, on the same property as the current one, accompanied by plans to develop part of the site with 96 stacked townhouses.

The city’s committee of adjustment unanimously approved a decrease in the number of required spots for the store during a Thursday afternoon hearing.

The property owner, a number company which bought the site last fall, asked for and received permission to construct a new store with 33 parking spaces, five fewer than would typically be required.

A zoning application for the townhouses, to be built behind the new store, is expected to be filed with the city in April, notes a newsletter from Reid’s Heritage Properties to investors.

“The landlord is looking at starting construction sometime next year,” said Jim Warren, Beer Store spokesperson, in an email, noting the existing store will remain open during construction of the new one. “The current store is an ice cold express format. The new store will be our newer modern version of self selection for customers.”

The new store will be nearly 200 sq. m. smaller than the existing facility and located closer to the road, explains documents filed with the committee of adjustment in support of the parking reduction request.

At the moment, the store is 60 metres back from the road, while the new one is expected to be about six metres from the road.

The new store is expected to open late next year, Warren said.