A magician, athlete and ex-con: Grade 8 students get the message of choice and change 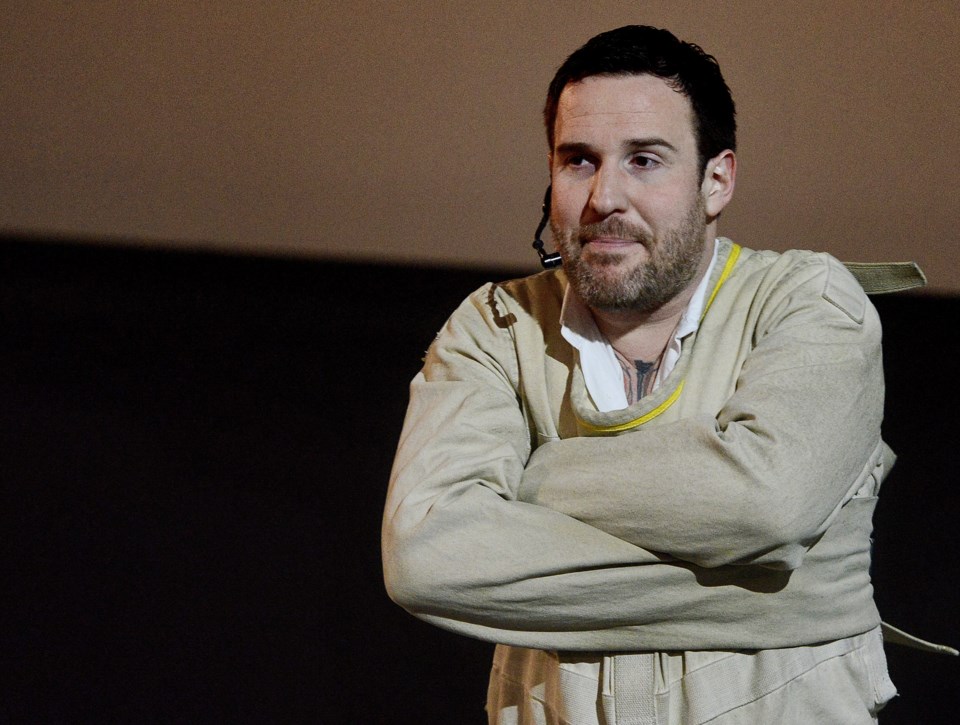 A host of guest speakers used a variety of backgrounds to deliver positive messages about choice and how they can make a difference to Grade 8 students from both school boards, who gathered for the day at Galaxy Theatres on Woodlawn Road.

A similar event was scheduled for Kitchener on Wednesday.

Scott Hammell, a magician and daredevil who is in the Guiness Book of World Records for four of his stunts, used magic tricks and a straight jacket to deliver his message of the importance of challenging yourself to do the unthinkable and the rewards that come with being tenacious in the pursuit of personal goals.

“Stepping outside of your comfort zone into the unknown and taking that risk,” Hammell told students after showing video of him juggling roman candles, one of which badly burned his hand during his first attempt.

“When things go wrong with a plan, looking at the true perspective instead of focusing on just the negative,” he said.

Hammell had students tie him into a straight jacket, breaking it down step by step before freeing himself.

“I want you to think about the straight jacket escape. All you have to do is break it down into small bits and this can be applied to anything: working on sports stuff, working on art, cooking, getting better grades, studying for a test.

“Whatever it may be, if you simply break it down, it is not impossible.”

Ex-convict Rick Osborne, who spent 25 years in prison, talked of turning his life around and dedicating his life to supporting others.

The Guelph Police delivered a talk on healthy dating.

Laura Muirhead, Executive Director of the Child Witness Centre that has organized the event for the past 15 years, said the day is about providing an inspirational and motivational experience for the students at a key point in their lives.

“It’s really about exposing Grade 8 students, at a critical time in their life when they’re getting ready to go to high school, to key messages about how they can make a difference, how they have real choices that they can make and giving them some tools,” Muirhead said.

She said that different ways of delivering similar messages is key to the event, given that we all learn differently.

“A variety of speakers have a way of saying a lot of similar things, but we find that it’s in the delivery: different deliveries resonate with different students.”

It also gives teachers a source of dialogue to help deliver messages that have been teaching in their classrooms throughout the year as the students get ready for high school.

“It fits in nicely with some of that development that happens in the Grade 8 year,” Muirhead said.