Recently, with friends who winter in Tuscany, we put on a Tuscan dinner featuring food and wine from that area of Italy. It was very well received, and all the wines, save for an Asti Spumante at the end carried the Tuscan pedigree.

The three reds used were all based on Sangiovese, and they represented the Chianti Classico and the Montalcino regions. The only big Sangiovese region missing was Montepulciano. 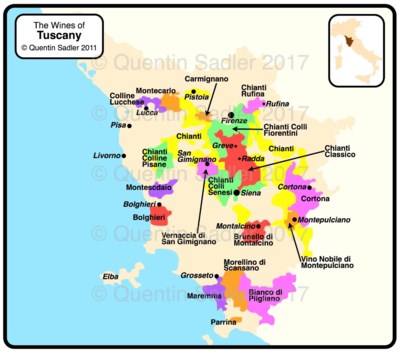 Caption
It was interesting to see how three reds all based on the same grape could still display somewhat different profiles, and so afterwards, I decided to try a Vino Nobile di Montepulciano to complete the picture.

(One other notable Sangiovese-based wine, Morellino di Scansano, is found in a relatively small area at the south western corner of Tuscany not too far inland from the Mediterranean coast.

As described by the Wine-Searcher site, “this style of Sangiovese differs from its northern brethren due to the ripeness levels it can achieve in southern Tuscany. The result is a rounder and more savory style of wine. Regulations stipulate that at least 85% of the wine must be made from this variety, with the rest coming from other permitted Tuscan red grapes. Unlike many DOCGs, this wine does not require ageing and can be released in the March after the harvest, less than eight months later; logically, this wine is characterized by lively freshness and crisp character. Other traits come in the form of cherry, pomegranate, plum, leather, cedar and spice note.”

Unfortunately, we see very little of this wine in the LCBO, and none appear to be available currently.)

There are other reds from Tuscany that are based on or include grapes other than Sangiovese, but they fall into a relatively new category, the IGTs, previously called ‘Super Tuscans’. These can be excellent, often using grapes originally associated with France, such as Cabernet Sauvignon, Merlot, and Syrah, but they are a departure from the traditional offerings of Tuscany.

Aside from the Vino Nobile, the three reds tasted were a Chianti Classico Riserva, a Brunello di Montalcino, and a Rosso di Montalcino.

In addition to ‘terroir’, or the individual characteristics of the specific growing sites, the regulations associated with the vinification of each wine have a significant impact on the final result.

So, while a very small sample, how do these wines compare?

All of the wines are dry with tannins, and all have weight and good fruit, but there are distinctive differences.

The Rosso di Montalcino and the Brunello di Montalcino come from the same area, with Brunellos usually two to three times the price of the Rosso, for good reason. Both are 100% Sangiovese, but the yield for Brunello is intentionally smaller, which helps to produce higher quality fruit.  In addition, Brunellos must be aged for at least 4 years prior to release, while the Rosso can be marketed after one year. 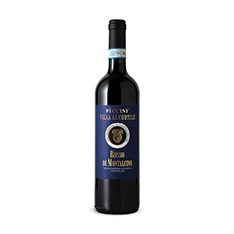 In contrast, the Carione Brunello di Montalcino 2012, $33.15, was aged in Slavonian oak casks for 48 months prior to bottling.  This result in a very smooth wine with polished tannins. Most Brunellos will cost in excess of $50, and they are commonly in the $60 and $70 range and higher.

This one is made by Tenuta di Toscana, which seems rather obscure, until you learn that this is actually made by Frescobaldi, a top estate in the Chianti Classico region.  Despite the relatively low price, it has the pedigree.

Markedly smooth and balanced, the Carione gives the impression of dried fruit such as prune, in addition to cherry and even tobacco. It finishes long, and the result is a wine well suited for sipping quietly on its own, or to accompany Italian-style roasted meats.

So, bigger, but even smoother than the Rosso, with a longer finish and more sophistication. This wine is on the regular list and widely available, but you might have to ask your store to bring it in for you, even by store-to-store transfer. It is a bargain in the category.

Ricasoli is the maker of Rocca Guicciarda 2015 Chianti Classico Riserva, $24.95.

Its website displays the date “1141”, which is how far back records of their winemaking go. There are different areas of Chianti, but the heart is the Classico district in the centre of Tuscany. There, they have three levels of wine, the regular Chianti Classico, the Riserva, and the Gran Selezione. 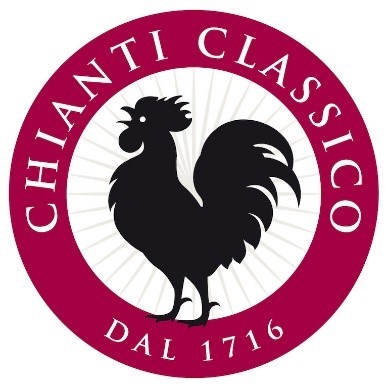 The Black Cockerel is the trademarked image for Chianti Classico.

As the quality levels go up, the production requirements become more stringent. We have a few Riservas in the $16 range at the LCBO, but most are in the mid-to-upper 20s and others even higher.

The Gran Selezione prices are rarely below $35, and can go much higher, again.

Chianti Classico Riservas must have at least 80 per cent Sangiovese in the blend, and can contain up to 20% of other native varietals. The wines must age in barrel for 24 months, followed by a minimum of 3 months in bottle prior to release. So, a shorter time than Brunello, and other grapes in addition to the Sangiovese, while the Brunello is all Sangiovese.

This Riserva would benefit from more time in the cellar prior to opening. For most of these wines, decanting and giving the wines a chance to breathe for a couple of hours would definitely make them even more pleasurable.

Compared with the two wines from Montalcino this had more grip and complexity, and very good length. An impression of black cherry, herb and anise came through, and the finish was marked by fine-grained tannins and tightening acidity.  This Vintages example is very much a food wine.

Montepulciano is a small area below the Chianti region and south-east of Siena. Here, to be classified as Vino Nobile di Montepulciano, a wine must consist of 70 per cent Prugnolo Gentile – the regional name for Sangiovese.  The better wines are often 100% Sangiovese, however.

Vino Nobile is a relative newcomer, in that it wasn’t until the 1930s it began to get recognition, and it was only in 1966 that it was given strict guidelines and DOC status. It requires two years of aging prior to release, one of which must be in wood. Today, one of the most recognized producers is Avignonesi. 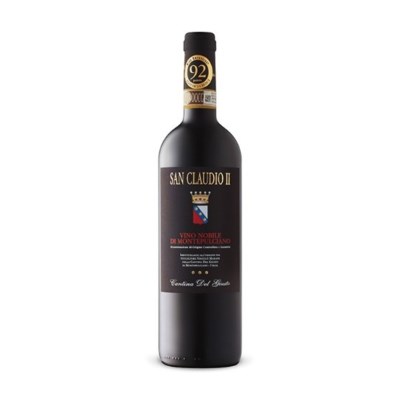 San Claudio Il Vino
San Claudio II Vino Nobile Di Montepulciano 2013, $27.95, made by Cantine del Giusto, has considerable grip for its age, and while it carries typical Tuscan fruit, it seems more tannic than the younger Chianti Riserva mentioned above. That chewy finish is what remains with you.  It will round out over time.

Of this wine, the Wine Enthusiast wrote “on the palate, crushed raspberry, wild cherry, licorice and clove notes are bolstered by chewy tannins and fresh acidity. It's delicious now but will reward a few more years in the cellar.” – 92.

To sum up, at this stage, the Brunello was the most plush and smooth wine of the group, a function no doubt to its 4 full years of barrel-aging.

The freshest tasting was the Rosso, but that makes sense in that it was the youngest of all the wines.

I found the Vino Nobile more challenging than the Chianti Riserva, and thought the latter’s potential –a mark of the quality of Ricasoli wines – to be the greatest. Everything is already well-knit, and will become more harmonious in the next few years.

As I said, this is a darned small sample; still, it’s enough to confirm that Tuscan reds can be excellent, and the standards are high. Give them a try.

Here are some suggestions from the upcoming August 18 Vintages Release.

Fleuron de la Rebourgère Sue Lie Muscadet Sèvre et Maine 2016, $14.95, from the Loire region of France will be refreshing and crisp, a great accompaniment to seafood. It took Silver at the Concours Général Agricole in 2017.

Mokoblack Sauvignon Blanc 2016, $17.95. This is the first appearance at the LCBO for this New Zealand white. Decanter World Wine Awards gave it a 95, referring to its “vibrant nose”, refreshing palate of “peach and passionfruit” and “super long and pure” finish.

Kulhmann-Platz Vieilles Vignes Riesling 2016, $17.95 – from the Alsace region of France, this will definitely be dry and steely, but carry pure apple, pear, and peach fruit, finishing crisply.

Chateau des Charmes Old Vine Riesling 2015, $19.95, from Niagara-on-the-Lake will provide an interesting contrast to the Alsace example above. Both are “Old Vine”, generally a good indicator of top-quality fruit. The vines here were planted 40 years ago, and the wine should be concentrated, generous and textured. It has classic petrol and mineral notes along with peach lime and apricot flavours. 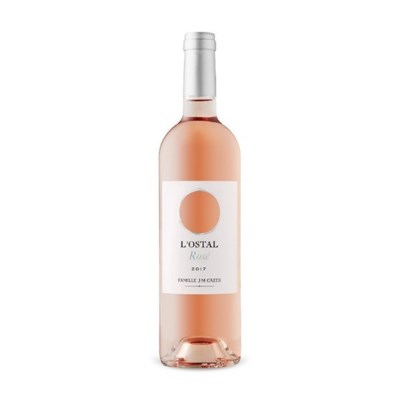 L'Ostal Rose
L’Ostal Rosè 2017, $15.95, is a blend of 50 per cent Syrah and 50 per cent Grenache. If it is like the last vintage, you can expect to find that its “light-plus body lends a slight opulence to the mouthfeel, with flavors of red raspberry and tangerine that end slightly pi thy.” Wine Enthusiast – 90

Atamisque Serbal Malbec Rosé 2017, $16.95, is from Argentina’s Mendoza. It remains crisp, not having undergone malolactic fermentation. There is a dark fruit emphasis in this interesting Malbec example.

Coli Chianti Classico 2016, $14.95, will be a good benchmark for the Sangiovese-based wines I wrote about above.  This one garnered 87 from the Wine Enthusiast, which wrote of “red plum, black cherry and a hint of cooking spice” calling it “straight forward and easy drinking.”

La Posta Pizzella Malbec 2016, $15.95 from Argentina pleased James Suckling, who said “this is refined and focused with dark fruit and minerals…a beautiful finish -92.

Ricardo Santos Tercos Bonarda 2015, $14.95, is another Argentinian that Suckling approves of. He gave this a 93, calling it “full and tight with lots of dark fruit, soya, and cooked shitake mushroom.  Very long and flavourful.”  It sounds as if it would be perfect with Asian dishes!

Schild Estate Shiraz 2015, $19.95, is a Vintages Wine of the Month. Of this Australian, winespectator.com wrote “the toasted herb notes are distinctive, offering rosemary and bay leaf accents to the dried cherry and blackberry core, with accents of fresh orange zest and plenty of cigar box details.” -92.