About 15 people displaced from encampment in Guelph's east end 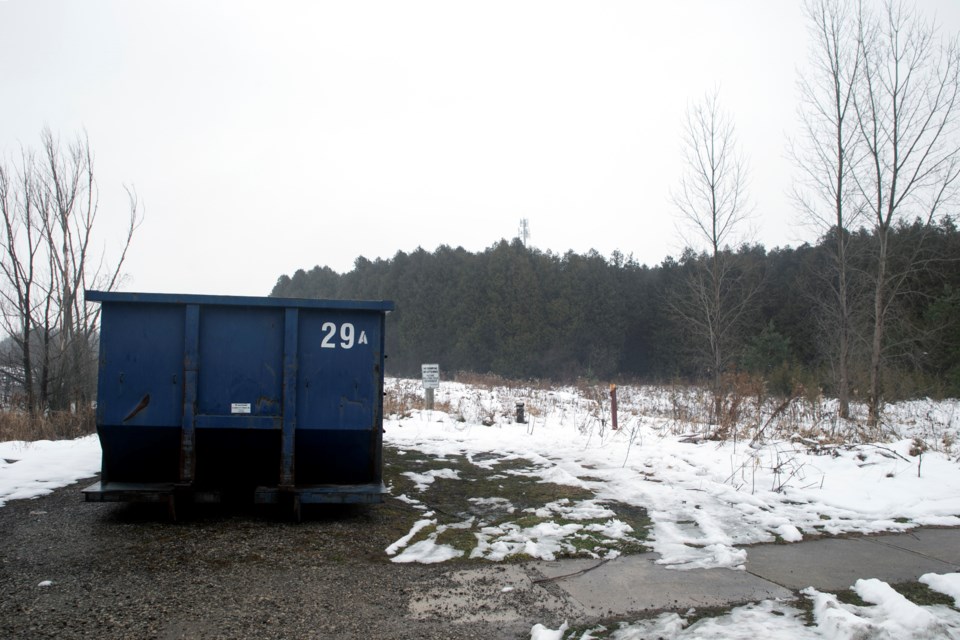 A waste bin near the storm water pond on Watson Parkway was being used this week to clean up a series of encampments across the street in a wooded area. Kenneth Armstrong/GuelphToday

Encampments made by about a dozen people sleeping rough in a wooded area in Guelph's east end were dismantled earlier this week.

A large garbage container was on the site Wednesday to begin removal of three encampments, said David Gooch, program manager for Corporate and Community Safety Division at the City of Guelph.

The people using the camps were sleeping rough, a term used to describe people who are experiencing homelessness and sleeping outdoors.

In an email to GuelphToday, Gooch said about four people were living at each site.

"There were tents with smoke stacks for heat, no wooden structures, but lots of propane tanks and bikes," said Gooch.

Multiple city departments are cleaning up the sites, including bylaw, solid waste, parks, as well as with assistance by Guelph Police.

“In fact, it can result in people losing the items they need to survive and can make it more difficult for service providers to connect and build relationships with people," said McPherson.

Without an adequate supply of affordable low-barrier housing, McPherson said some people have very few options for permanent housing and as a result are accessing a number of different options, one of which being sleeping rough.

McPherson said investment needs to be made by all levels of government to solve the issue.

"Our community has a plan to end homelessness by 2023 and efforts are underway to create permanent supportive housing and to meet the spectrum of housing needs that individuals experiencing homelessness have,” she said.

Sgt. Dustan Howe of the Guelph Police Service addressed the encampment during a Ward 1 virtual town hall held Tuesday, confirming a large metal waste bin on site was being used for the clean up.

"In conjunction with bylaw and property owners of those locations, those are being dismantled and other arrangements are being made for those people,” said Howe.

Police and bylaw rarely lay charges unless there is additional illegal activity going on in the camps, said Howe.

“Depending on the situation we don’t want to be punitive toward those people,” said Howe.

Howe said many of the campsites were sophisticated, with some using propane heaters for warmth.

“If there is a public complaint we will address it, but we also have to be conscious that these are members of the community who are experiencing homelessness and we have to try and connect them to resources too,” said Howe during the meeting.