After three break ins in less than a year, downtown business to up its security game

The owners of Afterlife Video Game Lounge on Wyndham would like to see an increased police presence downtown
Apr 17, 2018 12:58 PM By: Kenneth Armstrong 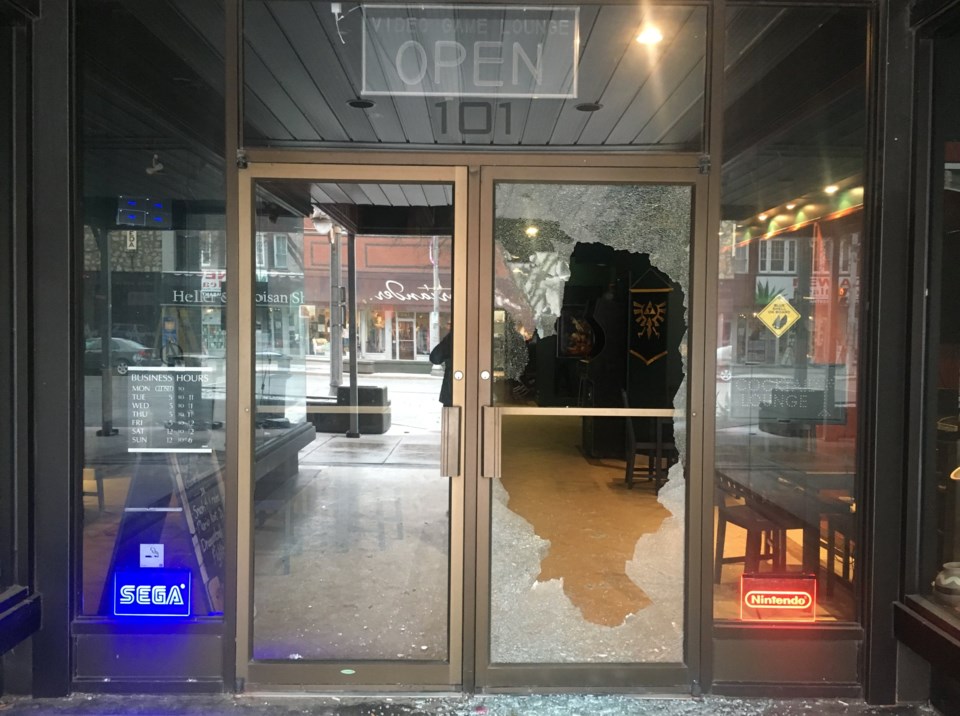 After three robberies within its first year of operation, the owners of a downtown video game lounge say they have been forced to install a security gate to prevent further break ins.

Early Saturday morning, Afterlife Video Game Lounge had the glass on one of its front doors smashed and a small float was taken, said co-owner Aron Murch.

“In one of our previous break ins they got most of our video game consoles. This time they really just went for cash,” said Murch. "The most expensive part is just replacing the door yet again."

In one previous break-in, said Murch, a number of XBox 360 consoles were taken.

“If they were actually trying to make a real profit, they were better off taking some of the more obscure retro stuff and flipping it on eBay,” said Murch.

Because the consoles had serial numbers and local pawn shops require ID, Murch believes the items were sold on the street.

Murch describes Afterlife as a sports bar, but for video games.

"Instead of streaming classic sports, we stream eSports and there are consoles set up for people to play while they eat and drink,” said Murch.

He believes the lounge’s location on Wyndham Street in the heart of downtown is part of the problem. The partners’ other business The Round Table is located on the fringes of downtown and doesn’t have as many problems.

“Both (locations) have had issues, but Afterlife has had more. It’s all about location,” said Murch. “We do our best to make (Afterlife) a family-friendly establishment, with the downtown core that is sometimes hard to achieve.”

Murch would like to see an increased police presence downtown.

“This is part of a whole string of incidents," said Murch.

Aside from the break-ins, Murch said Afterlife has also experienced thefts during operating hours and the door was kicked in another time when staff were still present, but the establishment was closed.

This is the third time Afterlife has faced an after-hours break in.

The break-ins are a major setback to the growing business, said Murch’s business partner Tom Gofton in a recent post to the Afterlife Facebook page.

“There was a lot of lost man hours in finding replacements. There was definitely an expense there,” said Murch.

The owners have chosen not to claim any of the damage or theft from the break ins to their insurance company.

“It’s just never been worth it — between deductibles and the risk of our premiums increasing,” said Murch.

A number of people have reached out to the business to contribute to a GoFundMe or donation jar, said Murch, but the business will instead hold a silent auction on Saturday with items donated by businesses Afterlife has dealings with.

“That should help us recover some of the costs,” said Murch.

In the meantime, it’s business as usual.

“We got the glass replaced Monday morning. We are installing security gates tomorrow afternoon and just moving on and making the most of it,” said Murch.