Judith Yan will hand over the helm at the end of this season after eight years
Apr 24, 2019 1:53 PM By: GuelphToday Staff 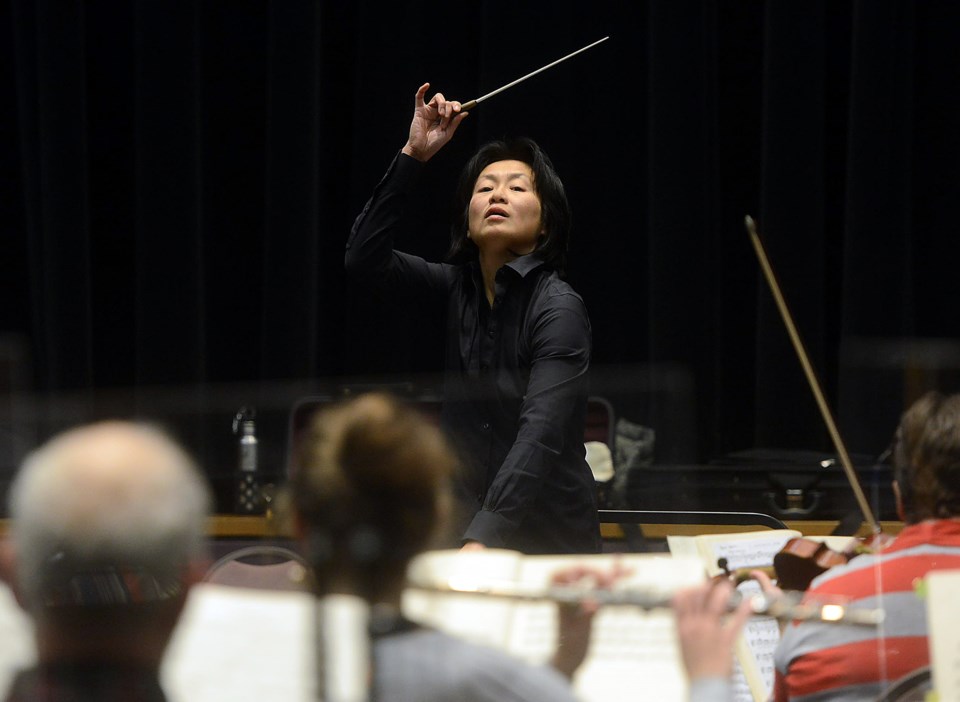 Yan said it was a difficult decision, but it is the right time in her career, as well as for the orchestra. She is increasingly in demand internationally, regularly working with orchestras and companies as far afield as South Korea and Australia.

Her recent debuts have been celebrated with critical acclaim: “In her Vancouver Opera debut, Canadian Conductor Judith Yan really shone in the pit, bringing extraordinarily lyrical and expressive playing from the Vancouver Opera Orchestra. ” (Opera Canada 2018)

“The Edmonton Symphony played splendidly under Judith Yan. She gave the singers plenty of space to be heard, and coaxed many vivid, dramatically transparent moments from the players.” Bill Rankin (Edmonton Opera, La Traviata, Opera Canada, 2018)

“We have benefitted greatly from Judith’s skill, energy, commanding stage presence and profound musicality,” General Manager Catherine Molina said. “She has transformed the orchestra. Virtually every guest artist and conductor who comes here expresses that they are astounded to hear an orchestra of this quality, in a relatively small community, and we have Judith to thank for that.”

There have been many musical adventures in the past eight seasons, from Beethoven Symphony No. 9, Holst’s The Planets, Verdi’s Requiem, a fully-staged Humperdinck’s Hansel and Gretel, to Stravinsky’s iconic The Rite of Spring.

We created the first ever Triple-Feature Gala, presenting opera, ballet, and symphony all in one evening; made music with legends Jeanne Lamon, Isabel Bayrakdarian. We have presented the next operatic superstars from the Canadian Opera Company such as Ambur Braid, dancers from the National Ballet of Canada, and developed continued community collaborations with University of Guelph Choirs and Oakville Ballet.

The orchestra will not be launching a conductor search right away, but rather has designated the upcoming year as A Season of Celebration to honour all that Maestro Yan has brought to GSO.

We will have four guest conductors in the 2019/20 and Maestro Yan will return to conduct our annual Jan. 1 New Year’s Day concert and the 2019/20 Season Finale, featuring music by Bernstein and Stravinsky. A conductor’s search will be launched in February of 2020, and musicians and audiences alike will have the opportunity to provide feedback on all of the candidates.