From dry to sweet, deep to pale, rosés have something for everyone and, in this week's column, Vin lets us in on the best bargains, as well as just what makes rosé pink and delicious
Vin Greco
Jun 16, 2018 10:00 AM

Enter an LCBO store at this time of year, and you can expect to see a wall of rosés waiting to greet you. Today, even allowing for duplicates because of bottle-size differences, there are about 200 listings for the category.

In style, the wines go from the very dry with just two grams of sugar per litre, to the very sweet, with over 120 grams per litre. How sweet is that? In general Coca-Cola has about 106 grams per litre!

Generally, the label on the shelf which carries the price will also indicate the number of grams of sugar per litre. The same information is on-line at the LCBO website.

If it is sweet you’re after, then Banrock Station Pink Moscato is the champion with 121 grams per litre. The key word here is “Moscato”, a fairly reliable indication that the wine will definitely be on the sweet side.

Other examples like White Zinfandels or “Blush” wines tend to have about 30-35 grams of sugar per litre. There are still many who think that red Zinfandels are sweet, but while they can be quite fruity, they are almost all dry wines.

For many, the entrée into wine begins with sweeter stuff. 50 years ago it would have been a wine like Mateus from Portugal, a sparkling, almost orange-coloured rosé with 16 grams of sugar per litre. Back in the day, Mateus represented over 40 per cent of Portugal’s total table wine exports.

Now, the trend in rosés is towards drier styles. According to the Wine Spectator, White Zinfandel sales have dropped considerably, but sales for dry rosé are up over 40 per cent.

Just as you can’t tell a book by its cover, you can’t tell a rosé by its colour, which can vary from the palest off-white to pinks so deep and shocking they are just this side of red. Despite its hue, a pale wine can be quite flavourful, and a much darker wine may be fairly muted.

The flavour comes from the juice, and will vary by varietal, cultivation, ripeness, and wine-making practices. The colour comes from skins: the longer the skin-contact, the darker the wine. It may also come from blending in a small portion of red into a wine that otherwise might appear white.

It wouldn’t take much. If you have ever poured a white wine into a glass that had previously held a red and hadn’t rinsed it, you can see immediately how it can alter the colour.

Generally, rosés are made from red grapes with minimal skin contact. Sometimes the saignée method is used, which involves bleeding wine off a tank intended for red wine early in the process in order to concentrate the flavours.

You will find rosés made from almost every type of red grape, depending on the country of origin, and you can find them at a wide range of price points, from the rather inexpensive to others costing $100 or more. Typically, better rosés sell in the $16 to $24 range.

In a Wine Spectator poll, about 60 per cent of respondents indicated that Provence in the south of France was their favourite area for Rosé. Interestingly, Tavel in the Rhone region, known almost exclusively for its rosé, only received about 20 per cent of the support – though this gives the over-all region nearly 80 per cent of the vote.

Tavel is more deeply coloured, and perhaps that reminded people too much of White Zinfandel – though stylistically it is one of the driest rosés made. They usually cost a few dollars more, too.

They say the limestone hills of Provence are perfect for rosé; in that case, Niagara rosés should also have a leg up, given the composition of the soils found there.

Rosés have become almost synonymous with summer, but in fact are now being enjoyed year-round, thanks to their versatility. If a dish requires something bigger that a white, but less heavy that a red, rosé is the answer.

I confess that if I can find a bargain, I will go for it – but to be a bargain, a wine has to deliver above its price point. With rosés, Spain’s Radio Boka, $9.95, hits it out of the park. Here is a darker, salmon-coloured wine that has a plump texture and solid flavours and good red-berry fruit to citrus balance. Most rosés are one-shot listings at this time of year, and so if your store is sold out, you may have to look round to find some of them. 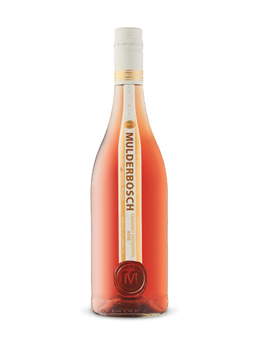 Mulderbosch, $12.95
In Vintages, both the Mulderbosch, $12.95, from South Africa and the Muga, $14.95 from Spain are really well made and very good value. The former is made from Cabernet Sauvignon grown in a vineyard dedicated to producing fruit for this Rosé. Platter’s South African Wine Guide calls it “well-crafted, engaging and piquantly fresh.

The Muga is a blend of Garnacha, Viura, and Tempranillo. The Granacha (Grenache) provides a fruity quality, the Viura, a white grape brings needed acidity, and the Tempranillo gives the wine body. Three months on lees provides roundness on the palate. In addition to red berry, apricot or peach are other flavours some identify.

From Ontario, Tawse Sketches of Niagara Rosé, $17.35, is one of those which is made using the saignée method. Here the flavours may invoke memories of orange, grapefruit, pomegranate along with strawberry and even watermelon. Some stores may still have quantities of the 2016 as well as the newly released 2017.  We tend to think of these wines as made for early consumption, but it could be interesting to see how it develops with a year in bottle.

Wild Ass Rosé 2017, $18.95, from Stratus in Niagara –on-the-Lake, is on the June 23 Vintages release.  Here is a bold and flavour-popping wine that can handle spicy dishes from chorizo to shrimp, with tangy fruit, savoury notes and even an herbal element. 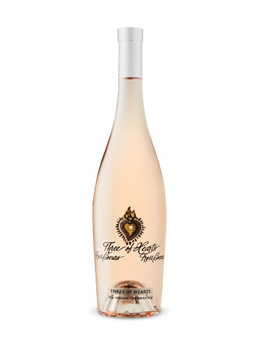 Three of Hearts 2017 Rosé
The Speck brothers of Henry of Pelham have released an Ontario Pinot noir-based rosé that clearly competes with those from Provence, from packaging to wine style. Three of Hearts 2017 Rosé is a pale pink, and lighter in character, with attractive strawberry notes.  Reviewer André Proulx observes “made with Pinot Noir, the aromas are soft cranberry, raspberry, sour cherry, and a nice citrus note accents the red fruit. There is a nice texture on the mid-palate where this just sits for a moment and unravels every bit of red fruit from the nose before moving to citrus on the finish.”

In the June 30 Wine Spectator, Gerard Bertrand Côte des Roses Rosé 2017, $18.95, received a 90 and a “Smart Buy” designation. One of the most elegant example of packaging is found here, in a slender, clear glass bottle with a glass stopper. Turn the bottle over, and you find a rose embossed in the base. “Clean and fresh, with a delicate, balanced profile of white raspberry, cherry, and lemon zest supported by lightly tangy acidity. Hints of mineral and herb show on the finish.”

Bertrand is also producing a rosé, Hampton Water, for Bon Jovi, just as the Perrin family is making Miraval, originally for Brad Pitt and Angelina Jolie. Miraval 2017, $23.95, carries a WS 88 and Vintages describes it as “sleek, bright and elegant with substantial mouthfeel and a zesty orange-peel finish.”

Perrin also makes an inexpensive example in its La Vielle Ferme Ventoux Rosé, $11.95. Balanced and persistent, this is another wine made in the Saignée method.

Consider buying a bottle of both these rosés, and decide for yourself if the hype for the Miraval is backed up in the bottle.

Quails’ Gate Rosé 2017, $19.95, gives you an idea of how rosés can be made in B.C.  Vintages says “it’s elegant and beautifully textured in the mouth with tangy cherry and citrus.” 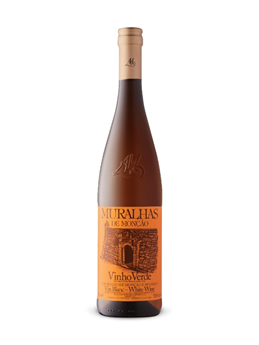 Featherstone Sauvignon Blanc 2017, $17.95, from Niagara, gives us an Ontario take on a grape New Zealand has made very popular. Some barrel fermentation adds heft to a wine which the winery says “has the typical accents of gooseberry and lemongrass, rounded out with delicate peach and pear, followed by a playful lime zestiness.”

Sophenia Altosur Cabernet Sauvignon 2016, $16.95, from Argentina is new to Vintages. According to timatkin.com, it is “wonderfully fresh and aromatic with grassy blackcurrant leaf flavours, vivid acidity, and notes of graphite and green herbs.” – 91.

Campo Arriba Old Vines Monastrell/Syrah/Tintorera 2014, $17, is full-bodied with dark berry flavours and a chalky minerality according to robertparker.com, which concludes “its true value is its exuberance, fruit purity, and density.” – 93. 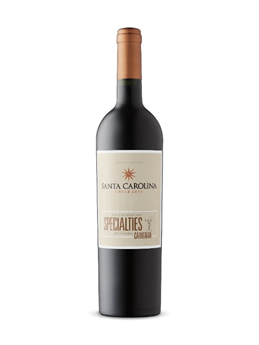 Santa Carolina Specialties Dry Farming Carignan 2013, $18.95
Santa Carolina Specialties Dry Farming Carignan 2013, $18.95, is a gem from Chile which “explodes with red fruit and freshness. It may be rough and rustic in texture, but the radiant fruit completely fills that structure, always up front leading this happy parade with its charm.” Wineandspiritsmagazine.com – 94.

Estancia Pinot Noir 2016, $22.95,  from California’s Monterey County, is made in an appealing style, with sweet black cherry, plum and leather notes.  It is easy-drinking, and meant to appeal.