Mike Schreiner well on his way to winning Guelph riding as results roll in
Jun 7, 2018 9:27 PM By: Tony Saxon 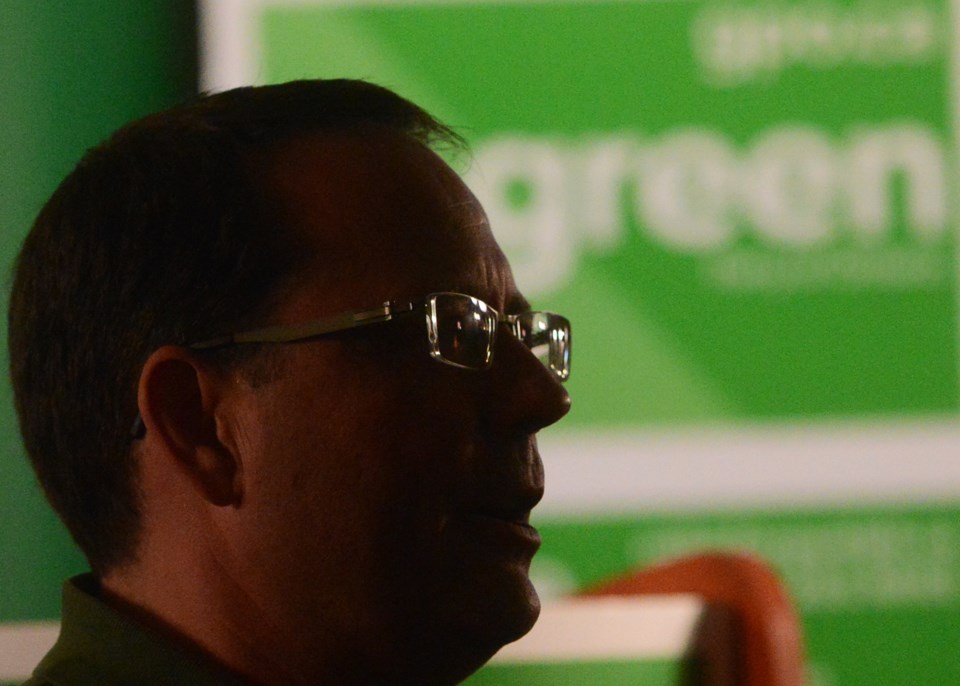 Mike Schreiner conducts an interview prior to the closing of the polls Thursday at the Holiday Inn. Tony Saxon/GuelphToday

Guelph has become the first municipality in Ontario to elect a Green Party MPP.

Mike Schreiner, a 48-year-old Kansas native who doubles as the leader of the provincial party, was being declared winner of the Guelph riding by numerous media outlets around  9:20 p.m. Thursday.

After 20 of 80 Guelph polls counted, Schreiner had more than double the votes of NDP candidate Aggie Mlynarz.

Green Party supporters erupted in cheers in a Holiday Inn ballroom where the party faithful gathered to watch the results come in on big screens.

Schreiner, a married father of two teenagers and former organic food business owner, is expected to arrive at the room shortly to address the crowd.

In 2015 Schreiner, who is also the party’s provincial leader, finished in third place, just under 12,000 votes behind Liberal Liz Sandals, earning 19.3 percent of the Guelph vote.

But with the decline of the Liberals provincially, the Guelph riding shaped up to be a battle between Schreiner and NDP candidate Aggie Mlynarz.

But it was the more polished and experienced (this his his third election, he lost a by-election in Haliburton in 2009) Schreiner that emerged victorious over Mlynarz, a recent University of Guelph theatre studies grad making her first foray into politics.

Liberal Liz Sandals had won the past four elections in the Guelph riding. In 2014 she had twice the votes of her nearest competitor, PC candidate Anthony MacDonald.