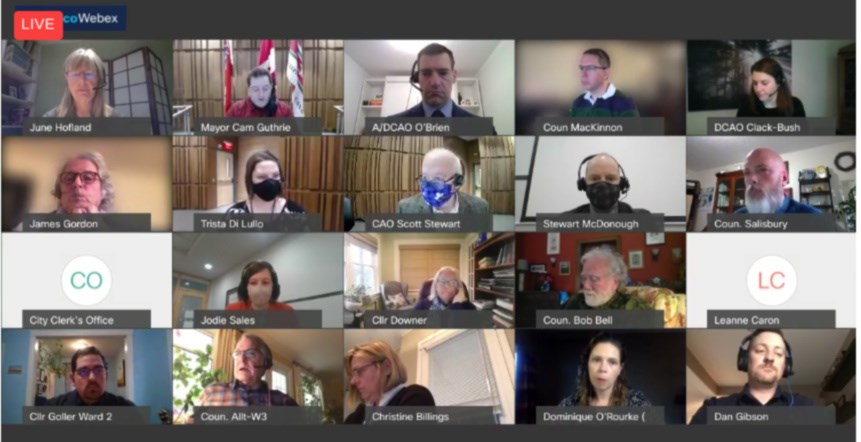 City council and staff took part in a Monday evening workshop intended to help them achieve the stated goal of eliminating systemic racism.

Eliminating systemic racism will take time, effort and understanding, but first and foremost it requires gaining the trust of marginalized communities. Knowledge of their experiences and perspectives is needed to generate lasting, transformative change.

“For many communities that have experienced structural racism and discrimination over time, having trust and confidence in government can be difficult because there’s just so many repeated incidences of not being heard, not being served, not being welcomed, not being promoted, not being hired – all of these things,” said panelist Denise Campbell, executive director of social development, finance and administration department at the City of Toronto.

“Experiences differ greatly,” added Cara Wehkamp, special advisor to the University of Guelph on Indigenous initiatives. “Talking about decentering our current systems creates that discomfort, however undertaking this work should never be seen as a loss but rather a real gain to enrich our communities and the broader society.”

Establishing trust can in itself be a challenging task, panellists noted, adding it often begins with communication – acknowledging the presence of past discrimination and expressing a genuine desire for equity, followed by “tangible” action to demonstrate a commitment to the cause.

“The path is not an easy one,” commented Campbell, pointing to “fatigue” in some communities from being repeatedly asked the same basic questions without advancement of the issues. She urged council and staff to do their homework before launching into conversations about how to achieve meaningful change.

Mohammad Mousa, coordinator of the Coalition of Inclusive Municipalities at the Canadian Commission of UNESCO, applauded city council’s unanimous January decision to join the coalition, which requires the city to create an action plan to combat systemic racism.

That plan is in the works now and is expected to be ready for council’s consideration later this year.

“One of the things that we often hear from municipalities in our network is that once they start to put in the work, commit to action and move beyond commitment … is they realize the work is not something that requires a crazy amount of creativity,” he said, building on an earlier point from Campbell that there are organizations in the community already taking steps or advocating for specific steps to be taken to address systemic racism.

Campbell encouraged council and staff to leverage existing relationships with those existing organizations to help foster a sense of trust with marginalized residents and and take advantage of their lived experiences to learn more.

Steve Anderson, the city’s manager of transportation engineering, joined other panellists in speaking about the need for change. He pointed to a collaboration his department had with the University of Guelph to look at data highlighting areas of the city with marginalized populations experiencing safety issues on streets, sidewalks, crosswalks and more, and ways to make improvements.

“All the employees at the City of Guelph are, I think, taking this initiative very seriously,” he said of eliminating systemic racism. “I know a number of my colleagues have just dove in to educate themselves on this topic.”

Monday’s workshop was the second intended to assist council with its “shared journey about systemic racism.” The first was held in November.

They’re part of an update to the Community Plan which began in 2019 and involves conversations with the Guelph Black Heritage Society and local organizers of Black Lives Matter, as well as Muslim, Indigenous and LGBTQ+ communities, among others.

“We’re not going to try, we’re going to eliminate systemic racism,” Mayor Cam Guthrie said in his closing remarks on Monday. “We are committed to getting it done.”