On Thursday, Canadian National Railway said 400 trains have been cancelled in the past week over rail blockades
0
Feb 20, 2020 7:00 AM By: Kenneth Armstrong 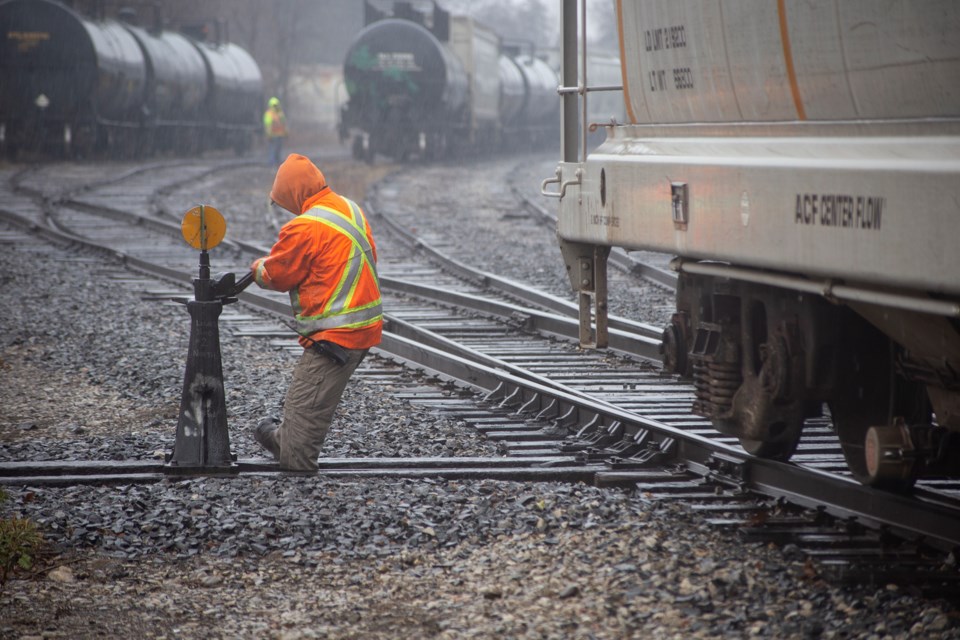 Although demonstrations and blockades happening across the country have snarled much of the rail traffic in Canada, the president of Guelph Junction Railway said local businesses that rely on the rails are so far feeling a minimal negative effect.

On Thursday, Canadian National Railway (CNR) said 400 trains have been cancelled in the past week over rail blockades by people demonstrating against a natural gas pipeline in British Columbia that is opposed by the Wet’suwet’en hereditary chiefs.

The Guelph Junction Railway (GJR) is a city-owned short-line railway which services many businesses in Guelph. Its tracks meet CNR near Edinburgh Road South and Speedvale Avenue, while connecting to Canadian Pacific Railway (CPR) near Campbellville.

So far, the effect on local businesses that use the GJR has been minimal, said Les Petroczi, the railway’s general manager.

“Although traffic has slowed slightly, we are not feeling harsh effects of the blockades,” said Petroczi by email on Wednesday.

Rail cars on the 38 kilometres of GJR track can carry road salt, wood, corn, malt, plastic pellets or any number of materials to be used as-is or transformed into all new products.

PDI is a company with locations in Guelph operating rail to bulk truck trans-loading terminals and is a customer of GJR. It has one location on Victoria Road and another on Elizabeth Street.

Reached by email on Wednesday, PDI vice-president Rick Standish said the company has not seen any impacts as a result of the blockades.

Petroczi  said the GJR is in a good position because it runs between the two major Class I railways in Canada — CNR and CPR.

“Customers have options to move traffic from one Class I to the other,” he said.

Some communities in Canada have had concerns recently because the blockades are leading to shortages of product like propane because some of the trains are not running.

In a November article on GuelphToday, Petroczi noted dangerous materials like propane are not allowed to use the GJR tracks due to safety concerns associated with hauling those rail cars through the city.