A sign on the window of the former Dulux paint store on Stone Road says a new cannabis retailer will open soon
Feb 12, 2020 1:50 PM By: Kenneth Armstrong 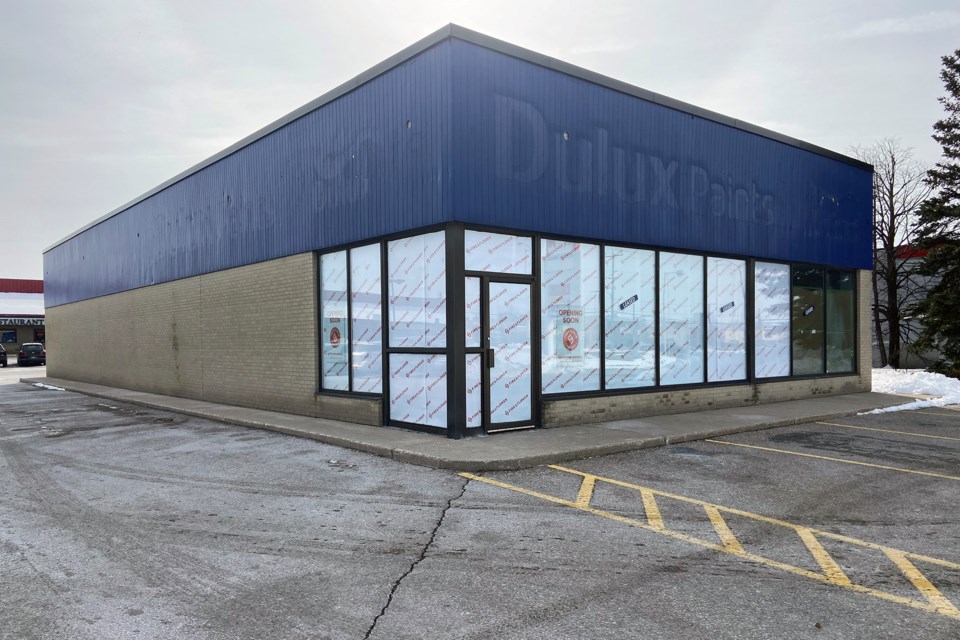 A former Dulux paint store on Stone Road West will soon be home to cannabis retailer Fire & Flower, according to signs seen on the windows Wednesday. Kenneth Armstrong/GuelphToday

A long-vacant storefront on Stone Road that was previously pegged to be a provincially-operated cannabis retailer will soon be the home of a private cannabis store.

A sign on the windows of the former Dulux paint store at 304 Stone Rd. W. seen on Wednesday is promising cannabis retailer Fire & Flower is opening soon at the location.

Fire & Flower Inc. is a licensed cannabis retailer in the provinces of Alberta, Saskatchewan, Manitoba and the Yukon Territory.

The company also owns a number of stores in Alberta, Saskatchewan, Manitoba and the Yukon Territory, as well as two stores in Ontario — one in Ottawa and another in Kingston.

The new Guelph store will share the same parking lot as Domino’s Pizza, Tim Hortons and Dairy Queen, among others.

The 314 Stone Rd. W. location has already been approved as an appropriate location, said Guelph's manager of bylaw Dave Wiedrick when reached by phone Wednesday.

A working group that previously greenlighted the site as suitable for legal cannabis retail consited of many community stakeholders, including bylaw, Guelph Police and Public Health.

Current restrictions by the province on the number of stores that can open will be lifted as of March 2, said Wiedrick.

"Once licensed, their retail store must qualify for a retail store authorization. That’s when we (bylaw) get involved,” he said.

Aside from cannabis products, Fire & Flower also sells accessories like pipes and grinders, as well as its own branded apparel.

A call to the company was not immediately returned on Wednesday.

The interior of the Stone Road West building is not currently in a finished state. Bare floors and walls with exposed studs could be seen through the windows as of Wednesday.