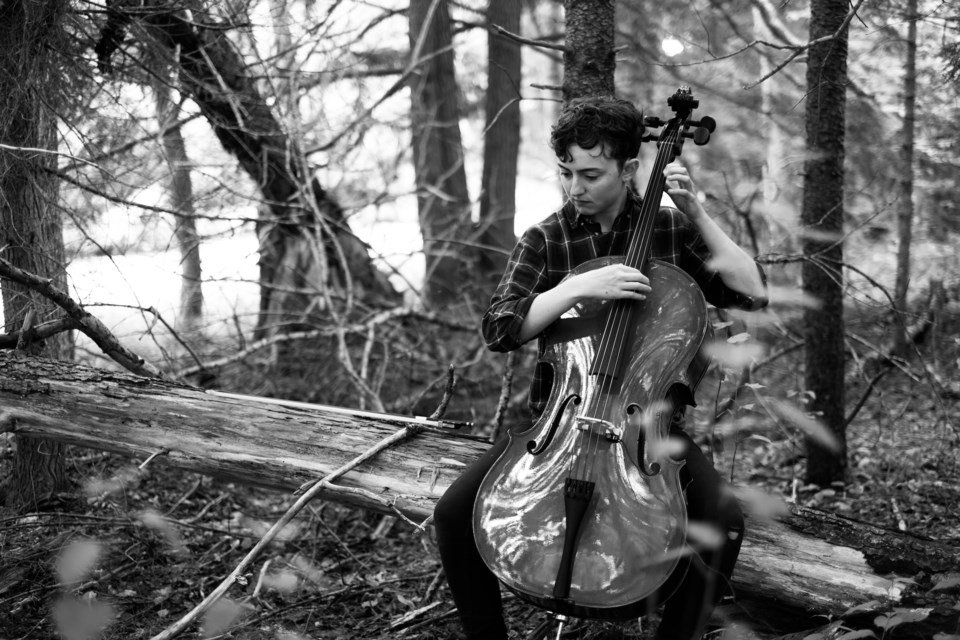 India is an artist who rides a hazy line between classical, experimental, and indie music. At this concert, she will be performing 21st Century works by Fjóla Evans, Kaija Saariaho, Philip Glass, Giovanni Sollima, Michael Harrison, and a new piece of her own inspired by the bushfires in Australia.

“It’s a set of ethereal songs that link ancient and modern, nature and humanity, Eastern and Western musical languages,” says India, “Sounds that bring out the dreaminess of our modern reality.”

“India Yeshe Gailey is a young musician to watch,” writes Simon Docking, artistic director of Halifax’s Scotia Festival of Music. During the 2018 festival, India worked closely with composer Philip Glass, whose music is on the program for the February 6 show.
All of the music India will be performing is by living composers, a gender-balanced mix of Canadian, American, and European artists. Some pieces involve elaborate prerecorded cello layers, varying the sonic texture beyond a typical classical cello set. Her tour will support the re-release of her 2017 album, Lucid, which fuses elements of contemporary classical, indie folk, and ambient improvisation.