The name Mohawk was originally intended as a celebration the people who invented the game, says the president of the Centre Wellington Minor Lacrosse Association
Jan 6, 2021 10:00 AM By: Kenneth Armstrong 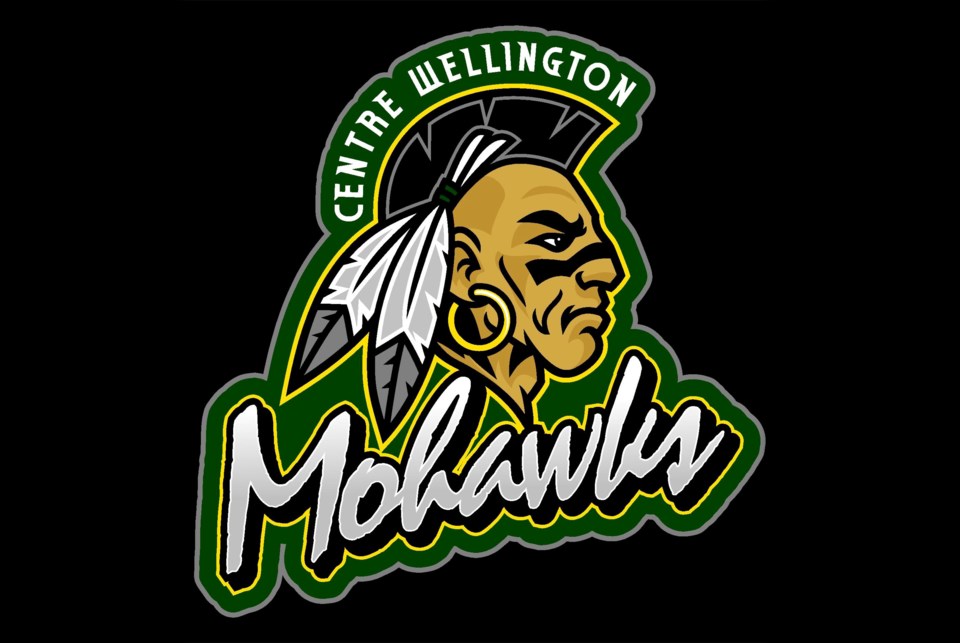 Nathan Joyes, CWMLA president, told GuelphToday the Centre Wellington Mohawks name and logo was intended as an homage to Indigenous people who invented the sport of lacrosse.

“There is so much tradition and ties to the Indigenous communities and so much linkage to the sport,” said Joyes. “It’s a part of their religion and as you would probably notice with a lot of lacrosse associations, over time we have tried to attribute them and pay homage to them for allowing us to play their sport by naming teams after them.”

Joyes acknowledges the logo, which features the profile of a man’s head with a Mohawk haircut, feather and gold earring, contains some errors but it was also the name that caused some people to complain to the association.

CWMLA was created by the amalgamation of the Fergus and Elora minor lacrosse associations in 2010 and the Mohawks name was selected by a vote at that time.

Joyes said in cases where people protested the use of the Mohawks name, some would come around to the idea that it was an homage after it was explained to them.

“We would have one person come up and say they understand and then the next person would say the exact same thing as the last person, but unfortunately they didn’t hear our explanation so we would have to explain ourselves again,” he said.

After years of explaining that the name and logo was intended as an homage, Joyes said those complaints intensified recently with the rise of the Black Lives Matter movement and in response to incidents like the death of George Floyd.

He said most of the complaints came from people outside of the sport with no interest in the connection between the sport and Indigenous culture.

“People have been pressuring us and with the extra movement and such we felt it was necessary to move forward,” said Joyes.

Although pressure has increased over recent months, Joyes said He made the decision to change the name about a year ago, but only made it public on Monday through a notice on the association's web site.

“The reason why it took so long for the press release to come out is because, with changing of the name and logo and the brand comes a significant cost. We have been trying to secure those funds over the last year so we don’t have to pass those on to our members,” said Joyes.

The association is reaching out to the public for ideas on an eventual rebranding, but the Mohawk name and logo will be used in the interim. At the same time CWMLA will try to ensure that people understand the intention behind the usage of the name.

“We will prep some documentation, we will educate,” said Joyes. “We are trying to educate the public into more of the heritage aspect of it, not just the playing the sport.”

Joyes said the association has also reached out to members of the Indigenous communities in Six Nations as well as Seneca New York to ensure there remains a connection between the sport and the Indigenous people who created it.

“For me that’s something that needs to stick around. There’s so much heritage there we can’t just whitewash it and lose it,” he said.

It is not known at this point if the Elora Mohawks junior B lacrosse team will also be dropping the name.