'It’s an ongoing and pretty successful program that takes care of itself in a number of ways'
May 6, 2021 1:00 PM By: Ariel Deutschmann 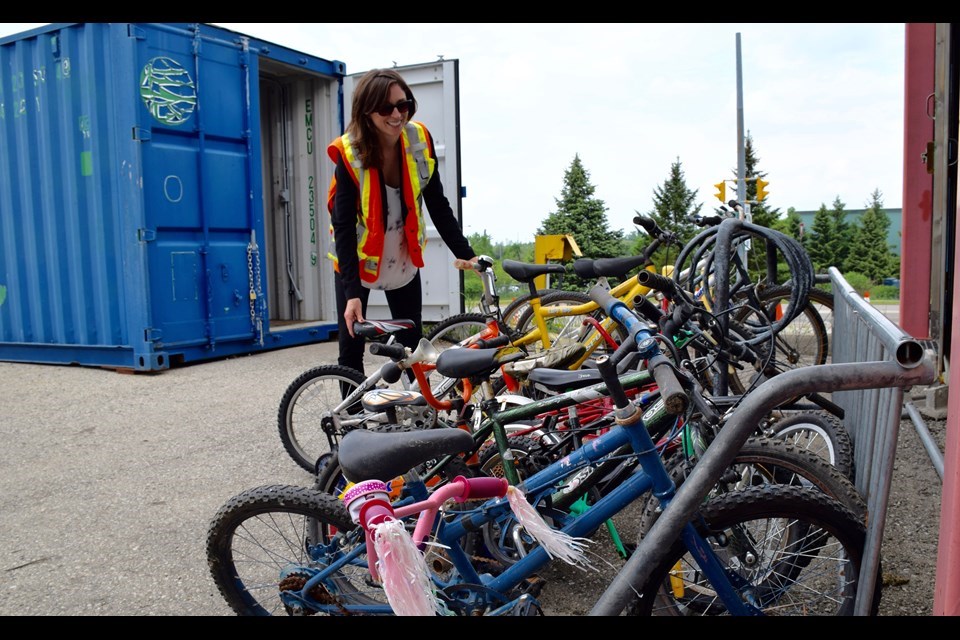 A city program that reuses and recycles unwanted bicycles is giving out over 400 free bikes a year.

Those looking for a new, used set of wheels should consider checking out the City of Guelph’s ReCycle Bike Reuse Program.

Through the ReCycle Bike Reuse Program, residents can either donate a working bike, or pick up a bike for free at the Waste Resource Innovation Centre. Being open year-round, the program aims to reduce waste and extend the life of the bikes.

“We’re really pleased to offer this service to the city for no cost and hope that people will consider participating," said Heather Yates, supervisor of environmental programs at the City of Guelph.

“We’re always so thrilled that people would consider donating their bike as opposed to looking to waste that."

Created by a city staff member in 2012, Yates explains the program has seen between 400 to 500 donated bikes go to residents each year.

“It’s an ongoing and pretty successful program that takes care of itself in a number of ways,” she said.

The program was put on hold when the pandemic hit in 2020, but has since reopened.

With a demand for bikes rising across Canada, Yates mentions people in need of transit in Guelph always benefited from using this type of program.

“As our understanding of COVID has changed, people are feeling more comfortable again with reused goods,” she said, “Even before the pandemic, we’ve always had more people looking for bikes than the donation of bikes that were available on site."

“For Guelph, those donated bikes make a difference to some people, even for just regular transportation."

Yates adds the community has been very generous in contributing to the program over the years. Residents can pick up a bike anytime throughout the year.

“I was at the public drop-off a few weeks ago and there were three or four bikes there that people were ... just taking turns, taking a look at what is there," she said.

When picking up a free bike from the program, Yates explains the city will need people to sign a waiver prior to the exchange to confirm they won't sell the bike.

Residents who are getting rid of an old bike can drop it off for free at the Waste Resource Innovation Centre. Those who are not able to drop off an old bike can arrange for a large item pick-up with the city on its website.

"We're just trying to facilitate a goods exchange in a meaningful way that can help the community," said Yates.

While the City of Guelph is only accepting working bikes for the program, residents are still encouraged to bring in broken bikes. The city will either recycle the metal parts of these bikes, or team up with a local non-profit to fix them.

“To repair and refurbish some of the unusable bikes that might come through these streams as well, especially knowing the demand right now,” she said.

Questions about the real estate market?
Open for Walk-ins