There is a push from community organizations to outfit 10 containers as living spaces for some of Guelph's homeless
Jun 10, 2019 7:35 PM By: Tony Saxon 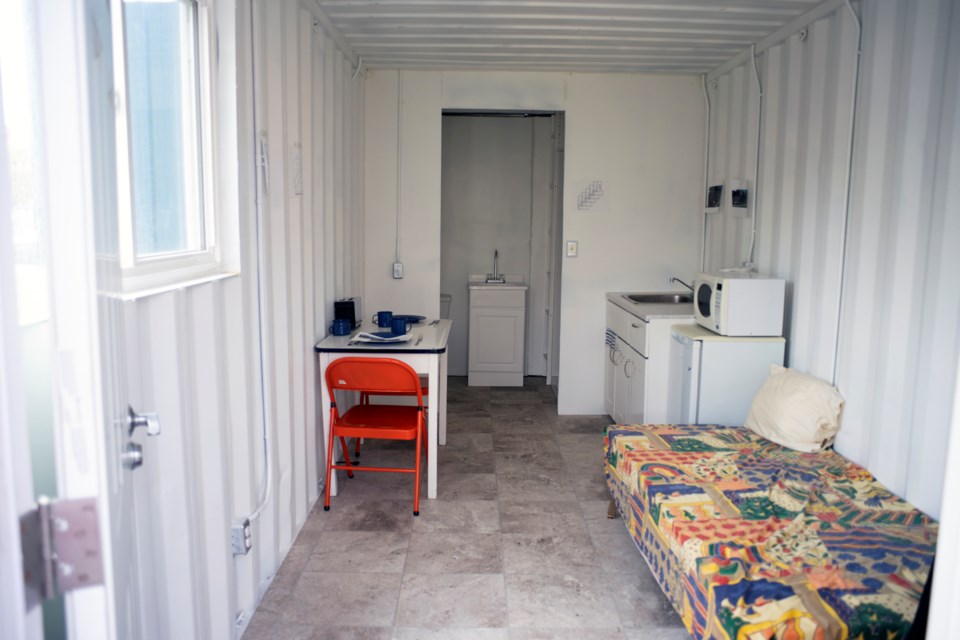 The city has shown a willingness, albeit a cautious one, to look into establishing Tiny Town, a group of 10 converted containers to be used as harm reduction housing for some of the city's homeless.

The Wellington Guelph Drug Strategy (WGDS) is seeking $250,000 from the city to help build the Tiny Town, plus a location for it.

Tiny Town is the informal name used to describe a proposal to retrofit 10 155-square foot shipping containers into a relatively inexpensive form of harm reduction housing. An 11th unit would serve as a supportive office for those living there.

The containers cost $50,000 to $60,000 each to build. Those living in them would pay rent straight from the financial assistance they receive.

It would offer a safe, structured environment for some of the estimated 160 homeless in Guelph, including ones with addiction issues, council was told at its Monday planning meeting.

The WGDS, with the support of other community organizations, needs the city on board in order to get matching funds through a federal government innovative housing grant.

Representatives of the drug strategy appeared at Monday night's meeting, the first time the proposal has come before council.

"If people think it's a good idea ... then this could happen," said drug strategy manager Adrienne Crowder. "I wouldn't take your time if I didn't think it could."

"It's affordable," Crowder said, with the plan being that the ongoing cost of the units would be cover by the financial assistance the people living in them already receive.

"I don't see much of a downside to taking this on as a request," Crowder said, admitting that she and those behind the request were a little naive with the process involved.

Monday was an information-only session for council.

Council agreed to direct staff to look further into the concept and meet with the WGDS, then come back with a report to council.

"We take this opportunity seriously and we look forward to the next steps," Mayor Cam Guthrie said.

City staff said they would be willing to explore the concept further, including looking into the regulatory issues it might face.

The group was also told to approach Wellington County Council, which administers all social housing programs for the county and the city.

Deputy CAO Scott Stewart said the city wants to help the group make the right requests to the right people.

"We'll have to sort out roles and responsibilities so that this isn't solely a city project," Stewart said.

"It's an interesting concept, but it might not fit here," Stewart said in some words of caution.

Cathryn Haight, a peer worker with Guelph Community Health Centre, has lived experience with addiction and homelessness and knows how important safe, affordable housing is in overcoming issues.

Haight said the housing would supply "safety, support and life" for those living there.

"Homelessness does have a cure, and it's a pretty simple cure, you give them a home ... the challenge is how to do that?" coun. Bob Bell said.

The concept has lots of support from the community organizations and outreach programs who deal most closely with the people the tiny homes would be for.

"These homes provide a functional, scaleable, low maintenance, secure, accessible, energy efficient solution to the dire shortage of housing for the homeless in our community," wrote HOPE House executive director Jaya James, echoing the sentiments  of all the correspondence.

"These homes present an excellent option for youth who are identified as chronically homeless and in need of immediate housing options," wrote Debbie Bentley-Lauzon, executive director of youth shelter Wyndham House.