City looking into naming its snowplows 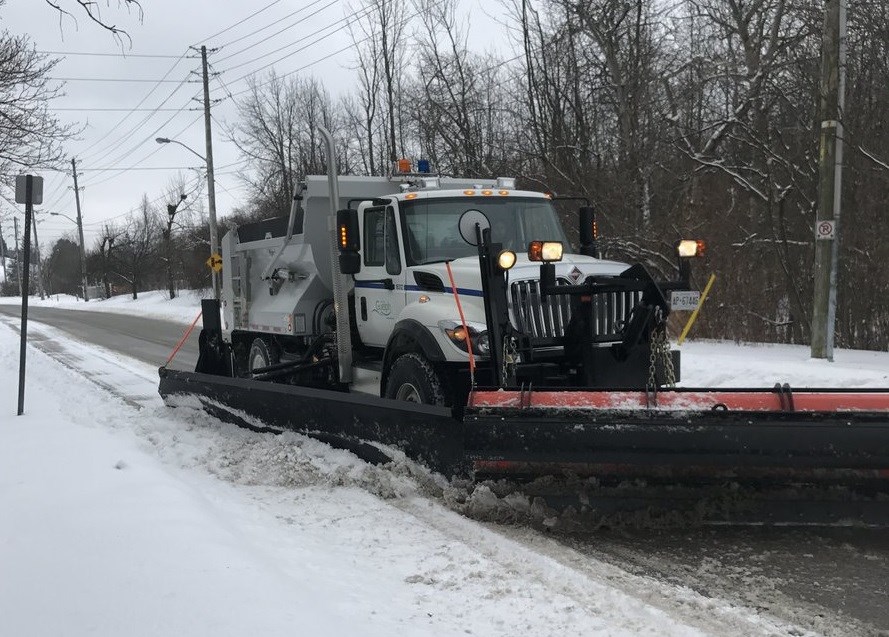 Given the serious issues we’re all dealing with these days, this would be a great time to have some light-hearted fun, believes Mayor Cam Guthrie. With that in mind, he’s asked city staff to look into hosting a contest to name municipal snowplows.

“I think these types of things are the exact types of things that we should be looking at doing more in the city, especially during this time. We all need to smile and have a bit of a laugh,” he said. “These types of small, little actions… add an additional layer of positivity and fun for people within the city on something that in the past has been just a service that is mundane and works away in the background.”

Guthrie is quick to point out the idea isn’t his. He took hold of it after seeing a tweet about a similar contest going on in Barrie.

“I thought it would be a neat idea,” the mayor said. “We have the technology now with the live snow plow tracker … so people can look at the live tracker and instead of just seeing little arrows driving around, they can see a name.”

No firm contest details have been worked out at this time.

The City of Barrie is also posting photos of snowmen, taken by sidewalk snowplow drivers throughout the city, on its website. This is also something that’s being considered for Guelph.

“What makes me really happy about these types of ideas is that it engages the community with something that you never thought would be something that people would engage with – municipal equipment,” said Guthrie, noting there's potential for private sector sponsorships as well, similar to ice resurfacing machines in arenas.

The tradition of naming snowplows goes back several years in Scotland, where names include Mr. Plow, Salty, Licence to Chill and Luke Snowalker.