City to study getting into the car share business

The study will look into the feasibility of providing city vehicles for use by car share members in off hours
0
Aug 9, 2018 12:56 PM By: Kenneth Armstrong 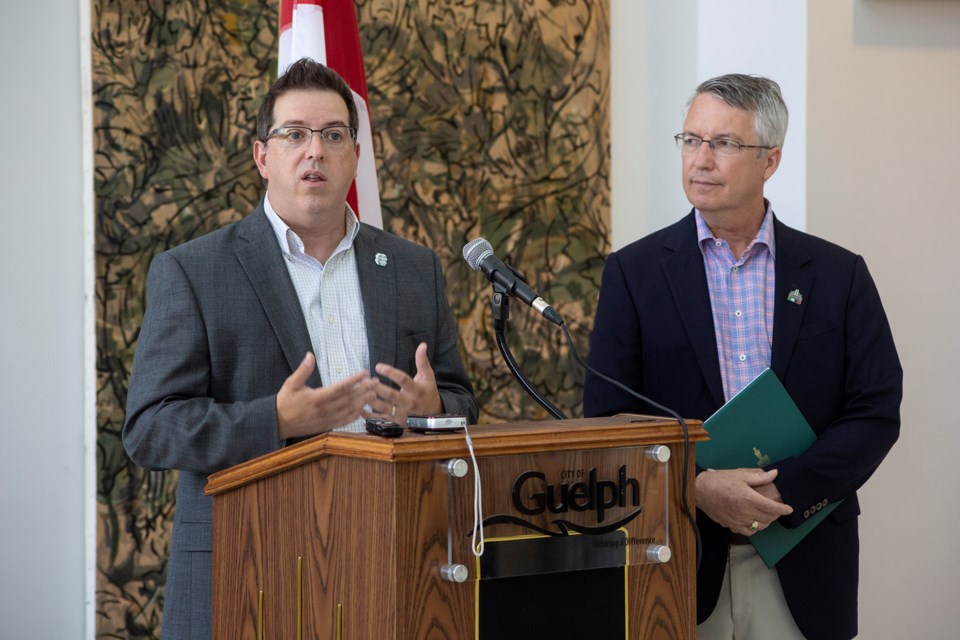 Mayor Cam Guthrie and MP Lloyd Longfield seen at a funding announcement Thursday. The city will be studying the feasibility of providing city-owned vehicles as a car share service. Kenneth Armstrong/GuelphToday

The city of Guelph will study the feasibility of creating a car-sharing program for the city’s fleet of cars and light-duty trucks to allow citizens and businesses to rent them out for a short period when they are not in use..

The 'outside-the-box' idea was announced Thursday as part of combined $275,000 funding announced for three infrastructure initiatives in Guelph.

Mayor Cam Guthrie said the study will determine if there is an opportunity to allow the city’s 26 vehicles and 70 light trucks in its fleet to be made available outside of business hours when they are typically not in use.

“If there is an opportunity to offset some of the capital or operating costs by allowing a car-sharing type of program to be created, then we might as well take advantage of that,” said Guthrie.

Guthrie said there is a demand in Guelph for car share services and the city is looking into ways of identifying under-utilized assets that are paid for by the public to use them in ways that can reduce costs.

At the same time, citizens and businesses in Guelph will get the use of the assets, said Guthrie. “They paid for it anyway.”

Guthrie notes the city maintains a number of dedicated parking spots for car share vehicles and that some private sector developments are also dedicating parking spots to them.

“They are actually seeing that its beneficial to them in the condos they are building to have car share spots,” said Guthrie.

The study will be completed at the same time as another initiative announced Thursday, a study to look into the feasibility of transitioning a portion of the city’s fleet of vehicles to electric or hybrid models.

The gas and diesel the fleet uses accounts for about 28 per cent of the city’s energy spending and 66 per cent of its greenhouse gas emissions.

The ultimate goal of this initiative is to reduce those greenhouse gas emissions by 20 per cent from that baseline, said Guthrie.

Devices will be added to the vehicles to track usage, measuring starts, stops, speed and braking distances.

“They are very similar to what people have in their cars now for insurance purposes,” noted Guthrie.

The data will be analyzed and used to determine the feasibility of increasing the number of electric and hybrid vehicles in the fleet.

Data collection for both initiatives will happen concurrently and take about three months. Another three months will be required for analysis of the data.

Lloyd Longfield, Guelph’s member of parliament, says the province was not a partner in today’s funding announcement because funds from the MCIP program flow directly from the federal government to municipalities.

“In previous announcements we have had provincial partners,” noted Longfield. “We want to continue to work with the provincial government. In this case we are working directly (with the municipality).”

Another study announced Thursday will be used for an environmental assessment work for the planned replacement of underground fuel storage tanks at the city’s facility on Municipal Street. The four existing below-ground tanks are approaching the end of their 20 year life expectancy and the city plans to replace them with above-ground units.

The environmental assessment for the replacement of the tanks is being funded by the federal government’s FCM Green Municipal Fund to the tune of $150,700.