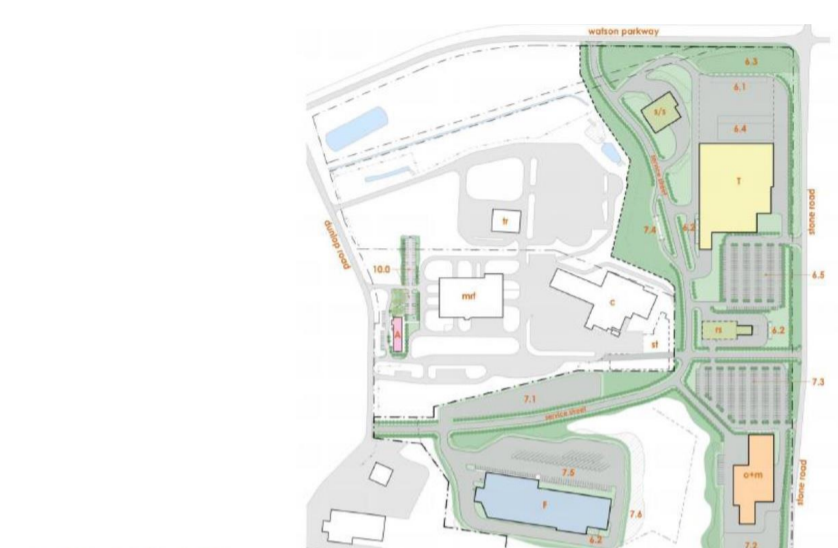 A staff proposal for a city operations campus that could cost as much as $236 million has been given the green light by council’s committee of the whole, moving the major project one step closer to fruition.

Meeting on Monday afternoon, the committee approved a campus location – near the intersection of Stone Road East and Watson Parkway South – as well as endorsing site preparation efforts to begin and the launch of campus design work.

“I think this is leveraging us the best way possible,” commented Coun. Dan Gibson, who said he’s particularly pleased to see the phased-in nature of the plan allows for the inclusion of upper-tier government grants as the campus takes shape.

Before any action can be taken on the committee’s approval, council ratification is required later this month.

Following council approval, city operations will be moved to the campus site in stages during the next 10 to 15 years, noted treasurer Tara Baker, who said the timeline can be sped up or slowed down as council sees fit during annual budget deliberations.

Each of those departments are currently operating in facilities that are at, or near, their end-of-life, noted acting-deputy CAO Stephen O’Brien.

An operations campus is expected to provide efficiencies regarding energy use and environmental impacts; new facilities could be designed to meet current and future needs, as well as maximize efficiencies between each site; locating the solid waste fleet close to both the innovation centre and maintenance/fuelling facilities would enhance operational logistics; and the electrical supply at the site can be upgraded to accommodate electrifying transit and general fleet vehicles.

In addition, it would allow for the Watson Road facility to be repurposed for park operations, reducing the need for additional land.

Coun. Bob Bell was the sole dissenter when it came to authorizing site preparation work and detailed design efforts to begin, though he joined with the rest of council to unanimously approve the location of the future operations campus.

“The plan is simply too grandiose,” he said, noting he’s concerns about the “unknown tax burdens” of future years. “I think it’s an inappropriate time to move forward with a project of this size.”

Campus funding will come from a mix of grants, property taxes and development charges, Baker said, pointing out a $34-million grant has already come in from the provincial and federal governments for a new transit facility.

As departments move to the campus, staff will investigate how to use their previous sites, added O’Brien, explaining that could mean selling those properties, reusing them for other purposes, creating satellite service spots or something else.