Mayor says easing of restrictions by province led to change back to original on-demand status
May 2, 2020 8:18 AM By: GuelphToday Staff 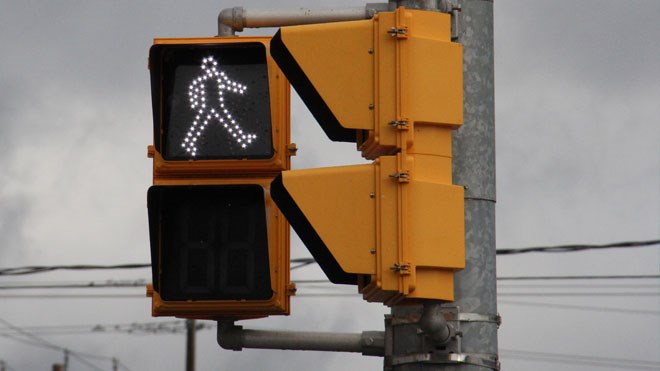 City pedestrian crossings are reverting back to the way they used to be.

Mayor Cam Guthrie announced Friday night on social media that the crossings would be reverting back to requiring a button to be pushed in order to activate them.

The original move was made to prevent multiple people having to touch the button and potentially spread COVID-19.

The mayor said the change back was a result of the province's announcement on Friday that it was easing some of the restrictions surrounding COVID-19.

"Because of the province's announcement today (Friday), with the economy starting to slowly starting to back open next week, the City of Guelph will be reverting these back to normal," the mayor said.

A week ago the city switched all but four city crossings to change automatically, regardless of a button being pushed. That led to a lot of drivers and some residents being upset about lights turning red and traffic stopping even though there were no people in sight.

The mayor joked in his vide post Friday that he had received 1,367,302 emails on the matter.

Most city pedestrian signals now automated
Apr 24, 2020 12:30 PM
Comments
We welcome your feedback and encourage you to share your thoughts. We ask that you be respectful of others and their points of view, refrain from personal attacks and stay on topic. To learn about our commenting policies and how we moderate, please read our Community Guidelines.