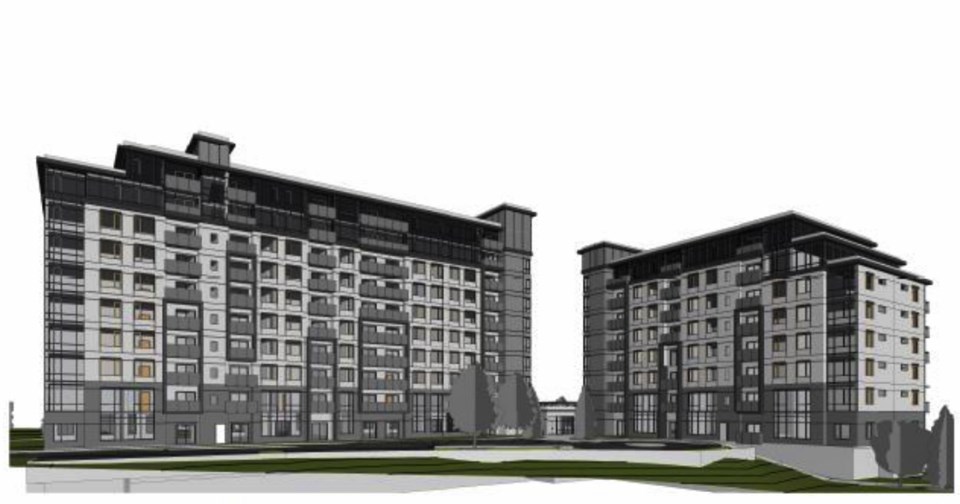 Proponents of a 10-storey, 165-unit project known as Rockwater on Janefield recently sought bankruptcy protection and the land involved has a new owner, explained Danna Evans, the city’s general manager of public services.

“Our business relationship was with Rockwater,” she said. “We’ve let them know we’re uncomitting the funds.”

City council agreed to give $924,000 to the Rockwater on Janefield project in May of 2019, though the funds never changed hands – they remained in a city reserve for affordable housing projects.

That reserve now has $1.6 million available, with another $500,000 contribution included in the draft 2021 budget. If the budget allocation is approved, that’ll mean there’s $2.1 million available for affordable housing projects within the city.

Then in October, city council put $1 million into the reserve, which brought it to $700,000. With Rockwater on Janefield out of the picture, that brings it up to $1.6 million currently.

The October staff report noted Rockwater on Janefield was not expected to go ahead. Confirmation has since been received that it will not, at least with the proponent city funds were committed to.

“I don’t know anything about whether they’re going ahead,” Evans said of new property owners Ducimus Capital Inc. “If either (Rockwater or Ducimus) wants to come back and apply for funding down the line, then we’re happy to have those conversations with them.”

Though the city has received a few requests for affordable housing project funding, there currently isn’t a formal process in place for doing that, Evans noted. “It’s kind of just random. People email me.”

During the October council meeting, staff was directed to approach the County of Wellington about overseeing the city’s affordable housing incentive program. Those conversations are ongoing, with a report to council expected in the second quarter of next year.

Draft 2021 budget documents make note of a potential one-year contract worker for $150,000 to handle affordable housing issues for the city, but staff’s position is that handing it over to the county would be preferred. That funding is not currently in the draft budget.

As it stands, the city has two funding requests on the books, both for permanent supportive housing projects. They are:

Drop-in centre officials have requested $540,000 from the city to put toward the down payment on the $3.8 million purchase of the Parkview Motel property on Woolwich Street, near Marilyn Drive.

If that project goes ahead as-is, it will see the motel converted into 36 units of permanent supportive housing, with a large, shared kitchen and common spaces for residents, as well as outdoor landscaped spaces, and 24/7 staffing.

To be developed in partnership between Kindle Communities, Skyline Group of Companies and Guelph Community Health Centre, this project involves the creation of a four-storey apartment building on lands owned by Skyline near the Shelldale Centre, in the area of Willow Road and Dawson Road. It’s expected to house about 30 people.

The project is valued at more than $6 million. City council has been asked to allocate $550,000 toward it.

Shelldale Family Gateway Family Fun-Raiser - Join us - get active - have fun !
Moving your Business while Keeping up Productivity