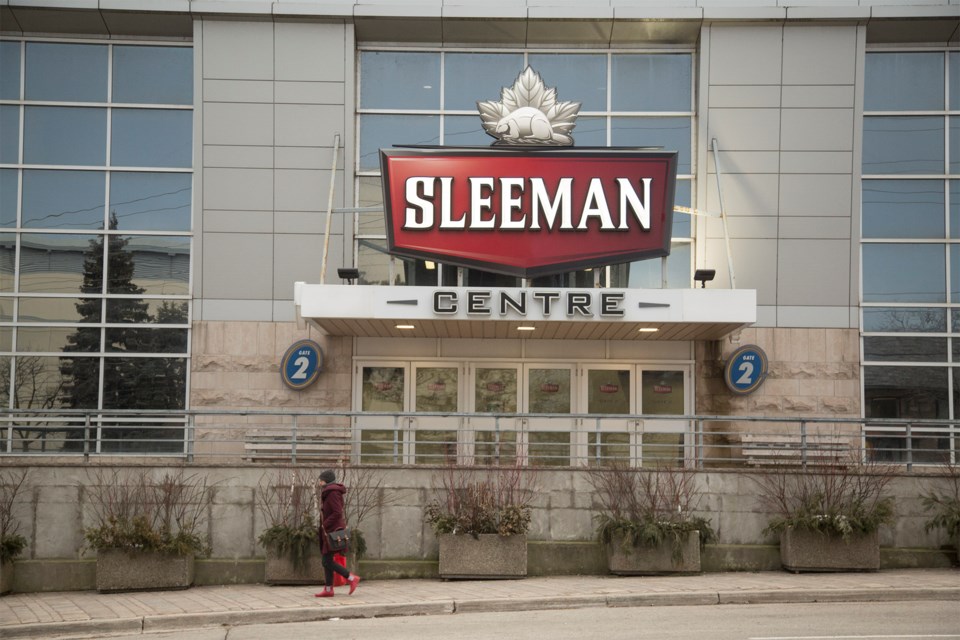 The city has reached an agreement with Sleeman Breweries to continue with the naming rights for the downtown arena.

The new 10 year agreement, agreed upon in the summer but announced Monday morning, runs until June 30, 2030.

Danna Evans, the city's general manager, culture and recreation, said the deal is for $1 million dollars, or $100,000 a year. The previous contract was also worth $1 million, spread over 13 years.

“At the time, it made sense to align to the timing of a Guelph Storm agreement," she said of the last contact, explaining the difference in length.

The previous deal also included some funds for facility, promotional and signage improvements, however are no changes coming as part of the new agreement. That first contract was previously reported to have a total value of $1.2 million.

Evans said the contact wasn't announced until now because of pandemic-related priorities that required attention.

“The timing was just never right. There was always something more pressing,” she said.

A 2020 analysis of publicly-available information on naming rights for other facilities that host an Ontario Hockey League franchise showed the dollar amount to be in the lower third of those where the information was available.

“The last 13 years have been a successful business partnership between the City of Guelph and Sleeman breweries,” says Colleen Clack-Bush, Deputy CAO of Public Services at the city in a news release. “We’re glad to have continuity in such a vibrant and vital community space.”

“We are pleased to continue this partnership with the City of Guelph,” says John Sleeman, Founder and Chairman of Sleeman Breweries in the same release. “We have enjoyed watching the Sleeman Centre become a connection point for our community and we are proud to be associated with this first-rate facility. We look forward to the opportunity to continue to market our brewery and brands to visitors at the Sleeman Centre, and to be associated with the continued growth and success of the Guelph Storm Hockey Club.”