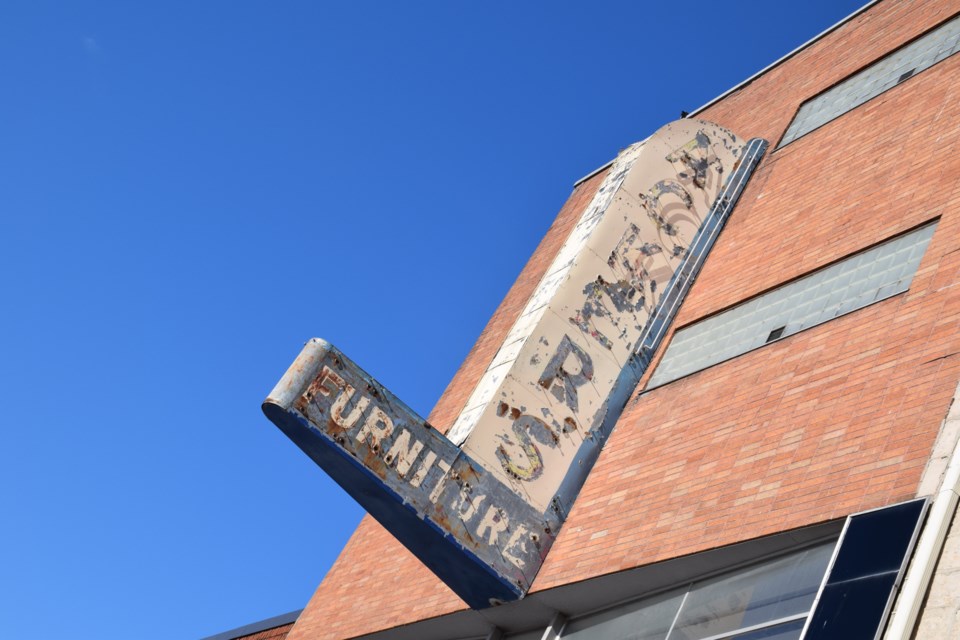 Acker's Furniture has been in business for about 80 years. The 42 Carden St. building has been sold.

City staff will take a closer look at a request by 10 Carden that the city to support its new home by the purchase of a $50,000 community bond.

10 Carden is a community hub that offers affordable and accessible shared space to various organizations. It is in the process of purchasing the Acker Furniture building at 42 Carden to expand the size and scope of what it offers.

10 Carden also wants the city to offer a tax-related grant based on 60 per cent of the increase in municipal taxes the rejuvenated building will generate. That would be payable over 10 years.

The city's Community Services committee voted unanimously on Thursday to have staff prepare a report on the implications of the request and report back to the committee in a few weeks.

"I'm really excited by this project. In my term of council I've never seen such a good news story with so many wins behind it," Gordon said.

Co-founder Julia Grady said 10 Carden has already secured $365,000 in funding and doesn't need the city to purchase a bond to move forward with the purchase. She said the city's involvement would assist in long-term financing of the mortgage.

She also said it would be a show of good faith for similar projects using a similar method to raise funds.

"We can do the financial part without the city," Grady said. "We're looking for the city to show other organizations that this is possible."

The community bonds fall into categories – E Bond, which has a $5,000 minimum, and an F Bond for foundations, institutions and organizations, with a minimum investment of $50,000. Both categories offer a three per cent interest rate, with a five-year maturity term. Interest is paid semi-annually, with a principal paid upon maturity.

Grady said that eventually the new building will house 30 full time employees and bring 300 to 500 visits to downtown every week.

Mayor Cam Guthrie said there were still a lot of questions to be answered and that the city would be doing its due diligence regarding the request.

He also wanted staff to look at the possibility of making community bonds part of a sustainable program that could possibly become part of the city's budgeting process for future years.

"This is very exciting," said councillor Cathy Downer. "This is going to be a real downtown activity hub."

Mark Rodford, representing the Downtown Business Association, said "we consider this a perfect project for the downtown."

"It's a brilliant project. We're wholeheartedly behind it," Rodford said.

Closing date of the purchase is April 15 and renovations are expected to be completed by the end of this year.

The project is also funded by a mortgage, various capital grants, donations, services in kind, and private sector investment.

COVID-19 Assessment Clinic sees spike in visits after premier encourages more testing
May 27, 2020 7:00 PM
Comments
We welcome your feedback and encourage you to share your thoughts. We ask that you be respectful of others and their points of view, refrain from personal attacks and stay on topic. To learn about our commenting policies and how we moderate, please read our Community Guidelines.