Letter sent to downtown businesses says parts of Macdonell and Wyndham streets could be closed to traffic Thursday night to Sunday night
Jun 29, 2020 7:00 AM By: GuelphToday Staff 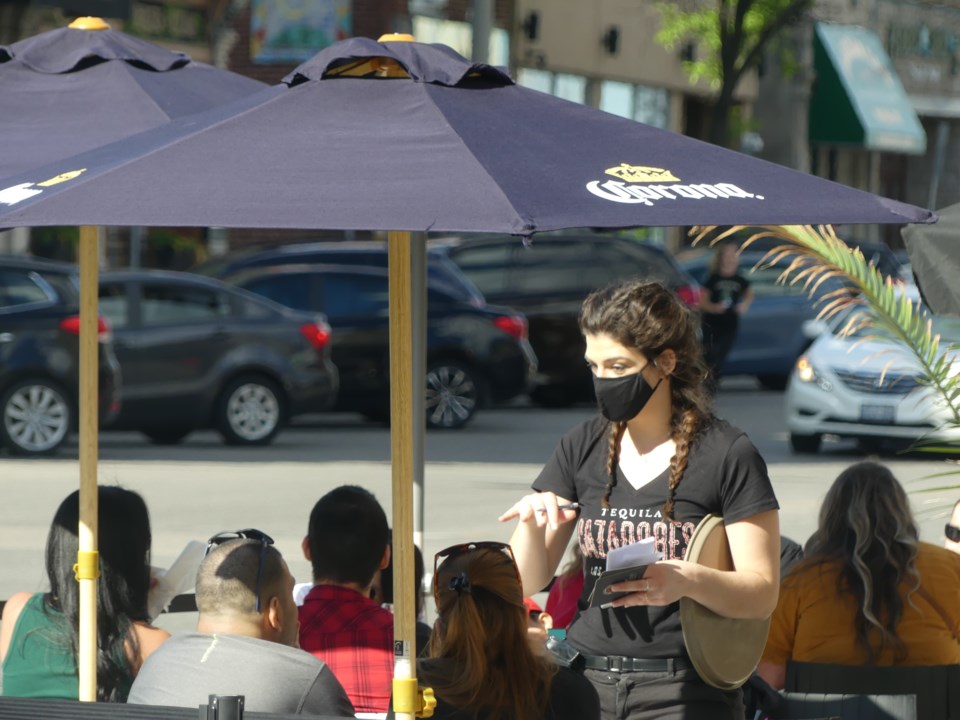 The city’s expanded plan includes looking at closing off sections of two downtown streets for three days on weekends to allow restaurants and bars to extend patios into the parking spaces and street.

According to an email sent by the Downtown Guelph Business Association to businesses, the plan –which has not yet been finalized – could see sections of Wyndham Street and Macdonell Street closed to through traffic from Thursday at 4 p.m. to Sunday evening.

A lane would be maintained down the middle of the closed-off area for emergency vehicles.

City council voted last week to come up with some form of plan to help expand the patios in Downtown Guelph to help businesses recover from the pandemic. It said it would dialogue with businesses and the DGBA to see what form that would take.

The DGBA is now asking businesses for details on how they would utilize the space.

But a final plan could be in place, “in whole or in part,” as early as Thursday, said the letter.

The city would supply picnic tables to help those businesses that want to utilize the space and the patios would close at midnight.

Wyndham would be closed from from Cork Street to Carden Street (both Cork and Carden remain open) and Macdonell from the Macdonell Street parking lot entrance to the entrance of the West Parkade.

It is the same zone that is closed off during the Safe Semester closures that have happened at the start of the university year.

“The idea is to expand patios into the parking spots and the roadway, leaving a centre lane of 20 feet for emergency vehicles. The patios would be managed by you. The City is also working on providing picnic tables to businesses that request them,” said the email sent by the DGBA on Friday.

The current plan is to go from Thursday at 4 p.m. with a midnight closure to allow time for set up and cars to leave. Barricades and removal of picnic tables would take place early Monday morning.

Businesses are being asked what capacity they would be looking at, if they need picnic tables, location of any tents and suggested relocation of garbage bins.