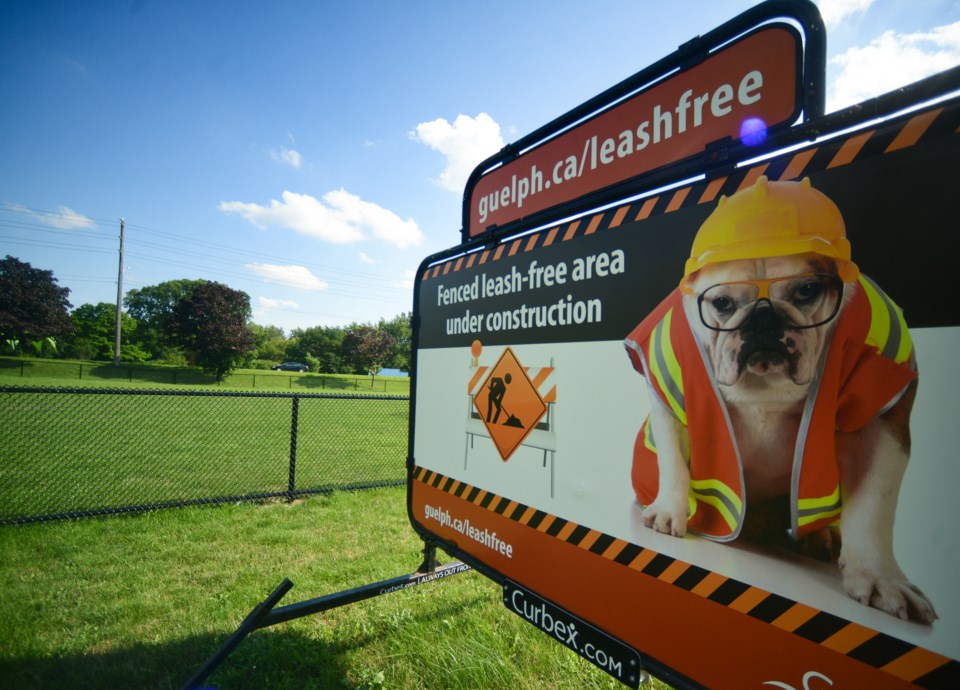 The parks, the new one on Bristol Street and an updated one in Peter Misersky Park, will be open from 7 a.m. to 9 p.m. daily, with rules in place to prevent community spread of COVID-19.

"Opening of the fenced dog parks follows construction at Bristol Street Park and updates at Peter Misersky Park — some of which are scheduled over the next few weeks and into the fall to improve the site for dog owners and nearby neighbours," said the city release.

Those mitigation efforts at Peter Misersky Park include installation of a soft-close latch to reduce noise, new signs with updated rules and hours of operation and security cameras to monitor the dog park’s use and help with enforcement. The cameras will be installed on site the week of August 24 and trees will be planted in the fall.

“We’re committed to ongoing monitoring of Bristol Street Park and Peter Misersky Park to ensure that rules are being followed,” says Luke Jefferson, manager of Open Space Planning with the City of Guelph. “We will track and document concerns from residents and use this as a tool to assess further mitigation efforts moving forward.”

Longer-term mitigation measures, such as moving the fence line at Peter Misersky Park, will not be considered until late fall 2020 to give staff time to evaluate if the short-term mitigation strategies have addressed concerns from nearby neighbours.

Based on advice from Wellington Dufferin Guelph Public Health, the city has reopened fenced dog parks with rules to prevent community spread of COVID-19. Residents are reminded to:

Who to call with concerns: