Claire Knight said she has been profoundly affected by the recent suicide crisis in Wellington County
Nov 19, 2019 5:00 PM By: Kenneth Armstrong 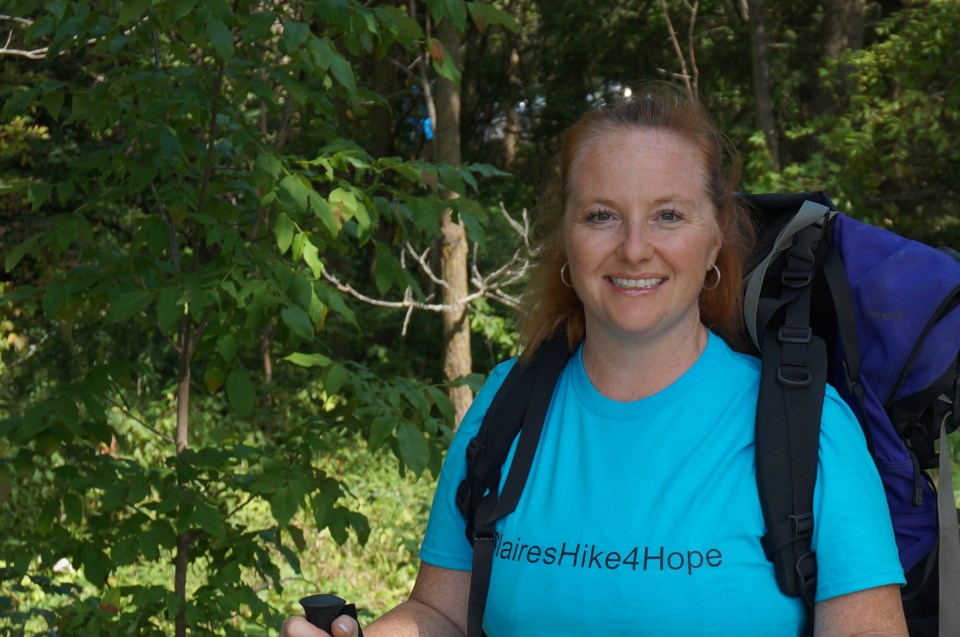 A local woman planning to walk over 800 kilometres in Europe hopes to raise $40,000 for organizations in Wellington County to support suicide awareness initiatives.

Claire Knight said she has been profoundly affected by the recent suicide crisis in Wellington County. In April, Knight will embark on the Camino de Santiago pilgrimage while raising money for Canadian Mental Health Association of Waterloo-Wellington and Big Brothers Big Sisters of Wellington.

“For me, I have always been active and outdoorsy,” said Knight.

The pilgrimage begins in France, continues into Spain and ends in Portugal.

Knight applied for a special passport for the pilgrimage, with stamps being given along the route. Upon completion of the journey, a certificate is given to those who collected all of the stamps along the way.

Knight said people generally walk the 800-kilometre route for religious reasons, but she said the journey is on her personal ’rock this life’ list.

“It’s my bucket list of things I want to do,” said Knight. “It’s such a huge undertaking, I thought I would be good to coincide it with a fundraising venture based on what has been going on in Wellington County.”

Wellington County has a rate of suicide that is higher than the national average. In November, a community event focused around the county’s non-profit Here4Hope suicide awareness initiative attracted hundreds to Centre Wellington Sportplex.

“It’s a very small community,” said Knight. “I have come across a lot of people, especially in the last three years, that have lost loved ones.”

She notes that her own children, aged 13 to 18, have known other youth who died by suicide.

“It really touched me and my family,” said Knight.

The Camino de Santiago was featured in a 2010 Martin Sheen movie called ‘The Way’, in which Sheen’s character did the pilgrimage in memory of his son, who died from a previous attempt at the journey.

Knight said she is prepared physically for the journey. Last year, she checked off another ‘rock this life’ list item by completing the 3,922 Haiku Stairs in Hawaii, better known at the ‘Stairway to Heaven.”

Initially, Knight planned to raise $20,000 from the Camino de Santiago for CMHA Waterloo-Wellington but decided to raise an additional $20,000 for Big Brothers Big Sisters of Wellington.

She also hopes to help raise awareness in general for suicide prevention.

Knight is taking donations, but she is also drawing on her experience as a holistic nutritionist, personal trainer and Kinesiologist to offer lunch and learn sessions to local businesses to speak about mental and physical wellness.

Donations have begun to come into a website set up by Knight. She also plans to keep people up to date on the preparation for her journey, as well as the pilgrimage itself, on her Facebook page.

“I am going to be doing about 27 kilometres a day over about 33 days,” said Knight. “I am very excited.”