Community safety group folding due to lack of volunteers

The Guelph Community Volunteer Patrol worked in a support role to the Guelph Police, including assisting in searches for missing persons
0
Feb 28, 2019 1:45 PM By: Kenneth Armstrong 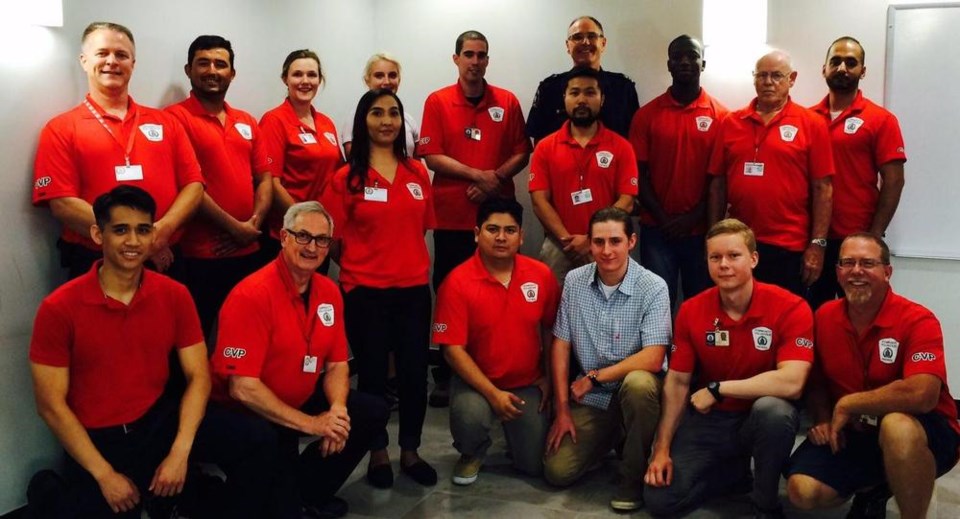 A volunteer organization that assisted Guelph Police in searches for missing persons and downtown foot patrols for more than 20 years has ceased operation due to lack of volunteers.

The Guelph Community Volunteer Patrol (CVP) operated as a joint effort between the community and the Guelph Police Service since 1996.

It has been disbanded because of a challenge in finding volunteers, said CVP board chair Sean Magee.

When it began in 1996 the group was made up of concerned citizens volunteering to support the Guelph Police, said Magee.

“Because we have so many members that want to go on to become police officers, we did have a few really good members that were going out all the time, but unfortunately the bulk of them just wanted something to put on their resume,” he said. “They have all been great people and we have done great things for the community."

Magee was one of the first volunteers with the program. A few years later he became chair of the organization's board, a role he held until the group was disbanded.

Deputy chief Paul Martin said the organization has been helpful to the police in its 22 years in operation.

“It will be a bit of a void that I hope they can overcome in the near future,” said Martin. “For now, they have ceased operations.”

Martin said Magee and fellow volunteer Dale Gauley were the driving force for the program.

“Both of them have been very committed,” said Martin. “It’s an unfortunate sign of the times that they just weren’t able to keep the volunteer base.”

The loss of CVP volunteers will leave a void in some areas, said Martin, including assisting with the department’s Safe Semester initiative.

CVP volunteers worked in a support role to the Guelph Police, including assisting in searches for missing persons, downtown foot patrol during Safe Semester events, picking up bicycles that were reported stolen and inspections of parking lots during Lock It or Lose It campaigns.

Volunteers committed to doing at least one four-hour patrol every month and attending the six two-hour general meetings held by CVP every year.

“They are out at community events wearing their CVP vests,” said Martin.

Magee recalls CVP's role in assisting police with the fire at Quatic Chemicals in the year 2000 as one of his most memorable moments with the organization. The fire caused fireballs to shoot from the site and corrosive gas filedl the air.

“We helped out quite a bit, knocking on doors and telling people to stay inside,” said Magee.

He also recalls CVP helping out when a tornado hit Guelph in the same year.

“For me, working with other organizations like Red Cross was quite interesting and I enjoyed that."

The intention of the program was to be a crime prevention tool to improve the quality of life in Guelph.

“When I first heard about it, it was a plot project. I was living in the west end of the city at the time, where the pilot project started. I was concerned about the direction the neighbourhood was taking, that’s how I got to volunteer with the CVP," said Magee.

In 2018, CVP operated under $2,500 in funding provided by the Guelph Police Services Board. The program was set to receive the same amount amount of funding in 2019, but the funds will be returned to board’s community account due to the disbanding.

Magee said it's possible the organization will start up again, but he considers himself retired from leading it.

"After 22 years I have lost the drive to keep the group going and bing it back — that’s not to say someone else won't,” he said. Without the help of the community and the Guelph Police Service, especially, the project wouldn’t have carried on as long as it has."