Proposals for Wyndham Street South and Willow Road in the spotlight at council planning meeting
Jan 27, 2020 8:53 PM By: Tony Saxon 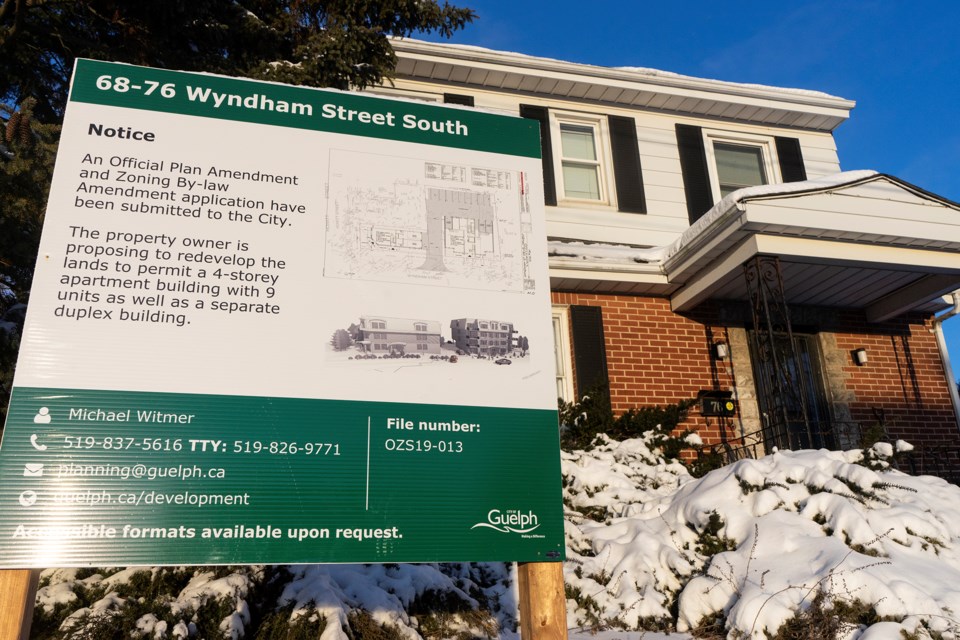 A former Tastee Freez on Wyndham Street South will be demolished for a proposed new development which will include a duplex and a four-storey senior's co-living building in the Ward. Kenneth Armstrong/GuelphToday file photo

There were several concerns and a few compliments expressed about a pair of proposed developments at city council Monday night.

No decisions were made Monday. The meeting was for receipt of the application and for the public to have their say. Staff will return to council with recommendations at a later date.

The nine-unit apartment building would be a seniors co-housing unit. The definition of “seniors” for the project is 55 years of age.

Parking (a reduction to 12 spots) and a setback reduction from Wyndham Street (from three metres to two) are being requested.

Scott Frederick, head of The Ward Residents Association, said that seniors co-housing is a good idea.

“We definitely need this in The Ward and elsewhere,” said Frederick, pointing out that older people want to stay in their neighbourhoods.

But he had three concerns: that the use of the building could turn into student apartments if the intended use wasn’t guaranteed some way, that trees being removed be accounted for and maintaining the setback from Wyndham Street at three metres.

Another neighbour expressed similar concerns the apartments could end up as student housing while Lisa Gray express had concerns about the architecture of the building’s roofline.

Jack Anderson had concerns about the parking and traffic.

Coun. Phil Allt expressed concern about how close the development would be to a “very busy” Wyndham Street, with developers looking to reduce the required setback from the street from three metres to two metres.

Coun. Leanne Piper said the proposal has to be looked at in context of the area, given that council has already approved a 14-storey building across Wyndham Street.

Piper also asked the applicant if the building would be net zero carbon, to which architect Brian McCullough said that the goal is to “target” net zero.

The one-hectare site (2.5 acre) is currently zoned for neighbourhood commercial use.

The applicant wants a zoning change that would allow two six-storey buildings. The current zoning allows up to three storeys.

Planning consultant Nancy Shoemaker said the owner is having problems attracting new tenants to the plaza since the loss of the A&P food store in 2000.

The units would be “purpose built” rental units.

“Clearly this building is not targeting the luxury rental market,” Shoemaker said.

The units would not be rent-geared-to-income or affordable housing units.

Councillors had questions about the possible lack of green space, having some accessible units and what it will mean for traffic in the area.

It was pointed out by city staff that because the zoning of the property was commercial, there was no requirement for green space as there would be in a residential zone.

Coun. Bell pointed out that the request would make the property high density and that it would be appropriate to ask the developer that in return the developer supply a significant increase in the green space on the property.

Coun. Allt had concerns about the lack of units with more bedrooms. He also wondered about the possibility of geared-to-income units.

“This is actually an ideal location for smaller units,” Downer said. “I wouldn’t want to see families living in this.”

“We desperately need one-and-two bedroom apartments in the city. I hope it sticks to that,” the mayor said.

James Gollinger, representing the Shelldale Community Centre, said they would like to see units set aside for geared-to-income.

Gollinger also said that the area suffers from a lack of three-and-four bedroom units. The proposal is calling for one-and-two bedroom units.

“We look on this as an opportunity. It’s the first major construction of units in decades,” Gollinger said, adding that having units to accommodate growing families is important.

Dana Nuttley, longtime resident of Onward Willow neighbourhood and longtime volunteer at Shelldale Community Centre, said commercial services in the current plaza are vital to the residents of the areas and he was glad to see many of them would remain.

Nuttley called for dialogue with the community before final decisions are made.