If approved, the former Northern Rubber and Uniroyal factory on Huron Street in The Ward would be 117 units
Aug 25, 2020 11:00 AM By: GuelphToday Staff 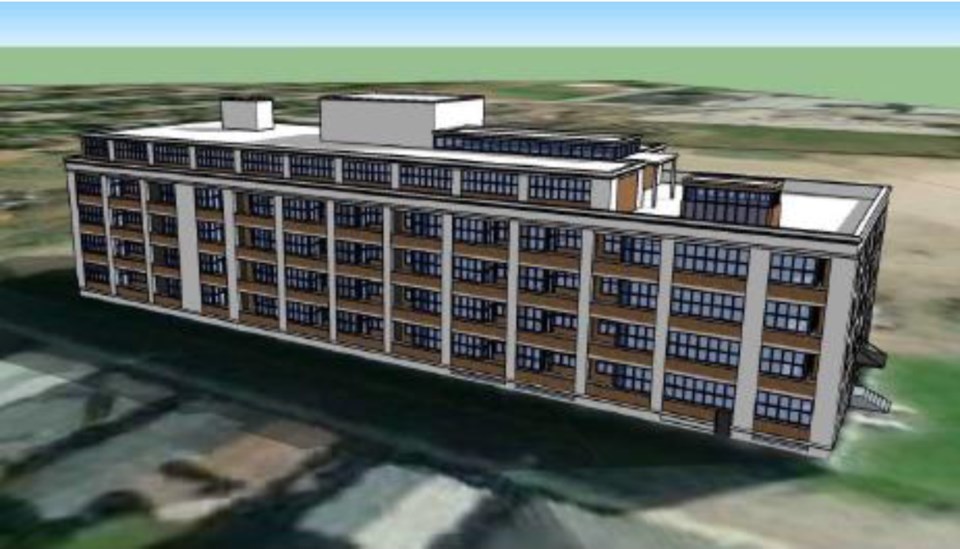 The company turning the former Northern Rubber Factory in The Ward into a four-storey apartment building wants to add a fifth storey of affordable, supportive units to the project.

The project to turn the former factory into a four-storey, 87-unit project has previously been approved by the city. Now the owner, Alice Block Inc., has applied for the needed variances so that it can add a fifth storey that would feature 30 affordable and supportive apartment units.

The building was originally supposed to be converted to condominiums but is now being identified in documents as apartments.

The application for an Official Plan and zoning bylaw amendments needed for the increased density comes to a public meeting at council’s planning meeting on Sept. 14.

A letter from a consultant hired by the developer says an agreement has been reached with Thresholds Homes and Supports Inc. for the 30 affordable/supportive apartments. Thresholds is a regional organization that offers a variety of supports for adults with mental health issues.

“Thresholds is a non-profit organization that brings many decades of providing support services for persons with mental health challenges in Guelph, Wellington County and Waterloo Region. They will be able to provide support services for the 30 individuals living in one bedroom independent apartments at 120 Huron Street (with affordable rents of no more than $915 per month (2020 figures) and Thresholds will also be able to provide rent supplements to the residents they will support by way of funding from the Ontario Ministry of Health and Long Term Care,” says the consultant’s report.