Mayor says he is proud of and will defend a budget centred around health and safety
Dec 3, 2019 6:25 PM By: Tony Saxon 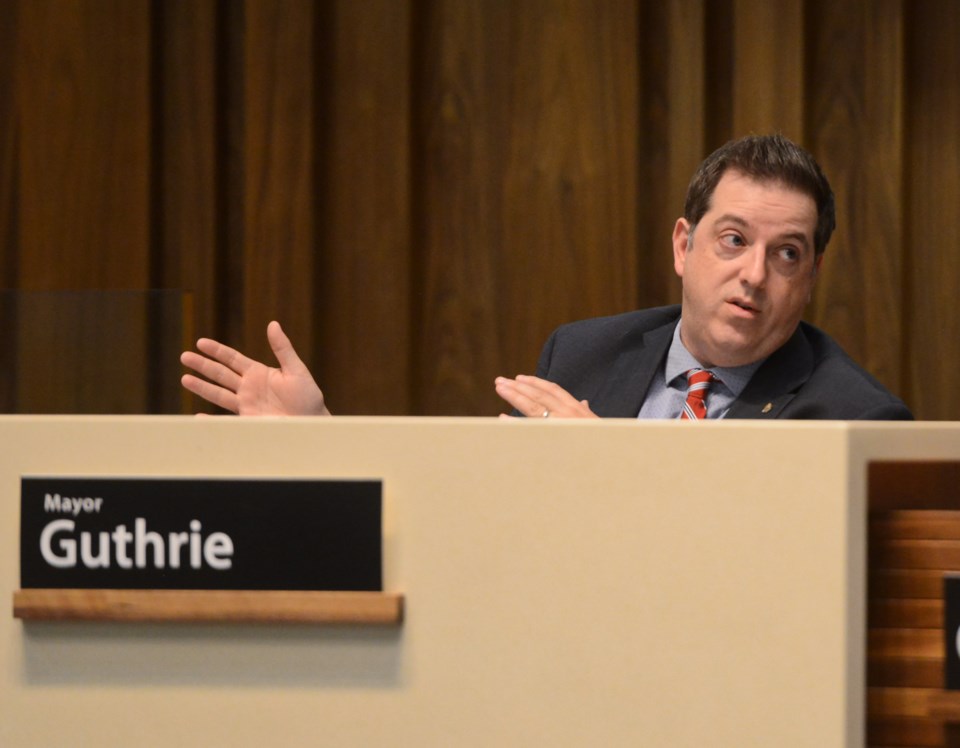 The exact number won't be finalized until the 2020 tax policy is set by in April.

It is the biggest tax increase in several years and the highest since 3.55 per cent in 2015.

The budget increase includes a special six year levy to help pay for expansion and improvements at Guelph General Hospital.

Mayor Cam Guthrie said that while the number might be higher, the process that arrived at it was good.

“This budget was around health and around safety and we’ve accomplished that in this budget,” Guthrie said.

“I am proud of and proud to defend this budget.”

He said he was “extremely disappointed” that some didn’t vote in favour of the budget overall, but respected their reason why.

City staff was commended on bringing a lean operational budget to council.

It was noted that there was only a 0.68 per cent operational increase, with 1.9 per cent of the tax increase being being inflation.

Bumping up the budget were a $4.1 million increase to the Guelph Police Service budget, a new bus route to the Hanlon Creek Business Park that will cost the city over $900,000 next year and a special six-year levy to help pay a $4.5 million to the hospital.

Council rejected a move to have the Guelph Police Service operational budget increase spread out over two years.

“We could have had this lower. Much lower. At least half a per cent lower,” said Billings.

“Congratulations to staff. I just don’t like the adds,” said Gibson.

Other budget decisions made Tuesday included $60,500 to provide enhanced weed control on city boulevards, $100,000 for cameras to be installed for security and safety purposes at the Elliott long-term care facility and $170,000 to the city's affordable housing reserve.

The city designated $302,000 from a city reserve fund and provincial cannabis money the city received to the Welcoming Streets and court support worker initiatives. That money does not affect the tax increase.

Council voted down a motion to add $376,900 to increase paramedic coverage in Guelph-Eramosa Township from 12 hours a day to 24 hours a day. Instead they will wait until a provincial review of paramedic services is complete, staff will then come back to council with a recommendation.

Gibson tried to lower the tax increase by reducing the city's annual contribution to its infrastructure renewal strategy by $1.1 million next year.

His reasoning in part, supported by the mayor, was that there was infrastructure funding from upper levels of government coming down the pipe. His motion failed 9-4.