Transit Action Alliance of Guelph held a transit summit on the weekend
Nov 11, 2019 9:00 AM By: Tony Saxon 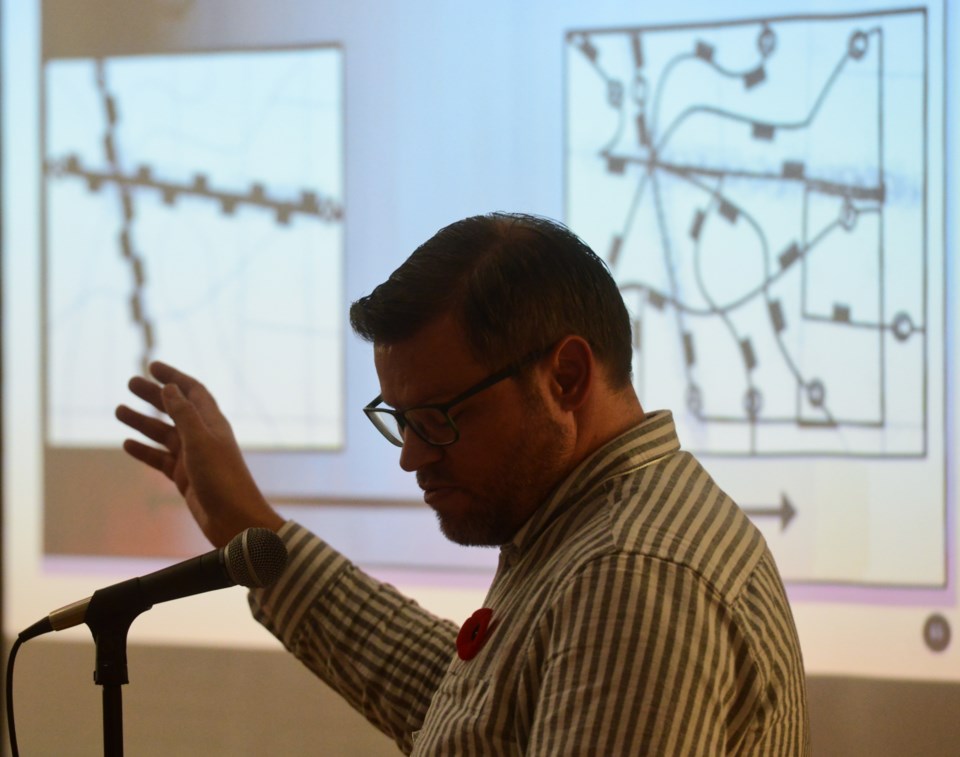 Higher ridership focusing on the busiest routes or broader coverage that puts transit into more but less busy areas of the city: that's the dilemma facing Guelph Transit, those attending a transit summit and town hall heard Saturday afternoon.

Organized by the citizen's group Transit Action Alliance of Guelph (TAAG), it featured a variety of transit experts and enthusiasts plus a town hall featuring representatives of Guelph Transit.

Roughly 30 people attended, including half of Guelph's city councillors.

Steven Petric, local transit activist and co-founder of TAAG, said it's not about choosing maximum ridership or maximum coverage, but deciding and figuring out where to be on the spectrum of each.

"Listening to the question that needs to be answered, Guelph faces the dilemma: high ridership or high coverage ... Would you rather deploy your fleet to service the most riders or the most places?" Petric asked.

"That is the heart of the dilemma that faces transit planning. Every vehicle that runs down a main road that provides more frequent service where demand is high is a vehicle that's not riding on a smaller street providing coverage where there's less demand.

"In some parts of the city busses are driving around stuffed like sardine tins, in others, they're all but empty."

Good planning means trade offs, he said, but before those decisions on where to use limited resources are made, the vision has to be established, Petric said.

"Before we discuss which route goes where, what our city needs to first focus on is determining how much of our limited resources we want to be dedicated to doing one thing over another," Petric.

"It's time that city hall and Guelph Transit have the ridership vs. coverage conversation publically and without shame."

You don't have to pick one over the other, but goals have to be established to inform and govern those future decisions.

"We need the goals to inform the vision."

Petric pointed out how essential transit is to Guelph, both now and as the city grows. In many area there just isn't enough room to expand roads to accommodate more traffic.

"Guelph Transit is essential to growing a city like Guelph, because there simply is not enough room for everyone's cars," Petric said.

"You are not 'stuck in traffic.' You are traffic,'" he said.

The more people that use it, the better that transit works. Transit feeds on itself. It grows on its own ridership."

"It takes me when I want to go, it's good use of my money, it's a good use of my time, it respects me by giving me safety, comfort and amenities, plus the freedom to change my plans," Petric said.