'This happened to us and this is what's going to happen to other cool places,' says Party Corner owner Missy Morrow
Dec 21, 2020 1:50 PM By: Ariel Deutschmann 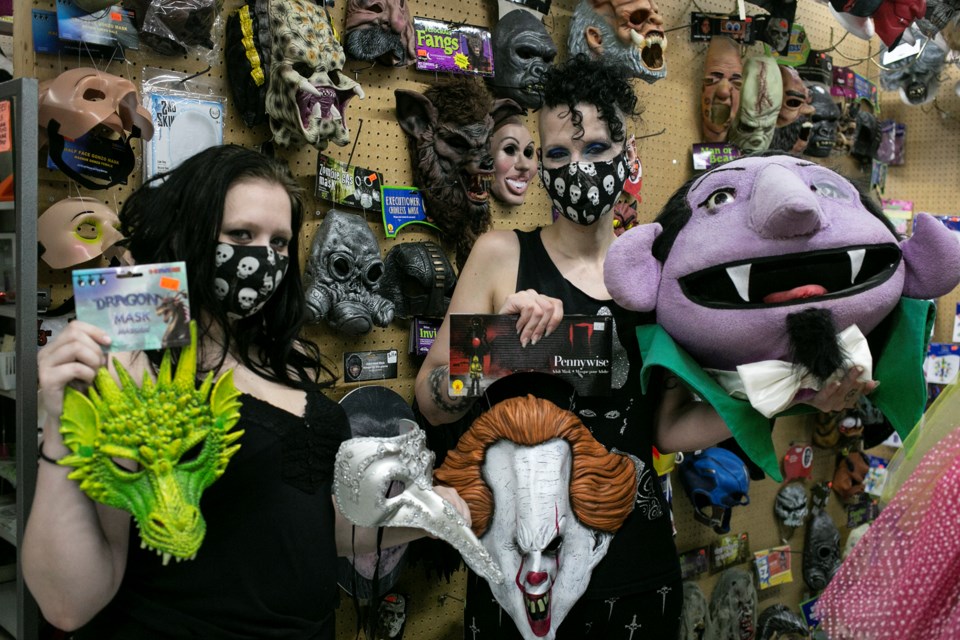 Online shopping for cheaper goods has come with a price for the community as another long-standing business in Guelph plans to close.

Party Corner Costume recently announced they will be closing their storefront and switching to a small private studio to offer sewing and custom creations.

In a statement, the store explains they are closing due to no longer being able to afford the rent of their commercial space.

Party Corner Costume owner Missy Morrow, says she has worked over 96 hours a week since March, but it hasn’t been enough to keep the store afloat.

“I’ve got months of sewing lined up, which is amazing, but that can’t pay commercial rent for this kind of thing,” she says.

Throughout the pandemic, other long-standing businesses in Guelph have also announced store closures for a number of reasons, including a rise in online shopping.

“It’s gotten harder every year with the prominence of online shopping and Amazon,” says Morrow.

Jessica Van Doorn, who manages social media for Party Corner Costume, says they have been advocating for people to shop local pre-pandemic.

“This was the year where we saw everyone said, ‘shop local,’ but then we saw the highest number of people shopping online,” she says. “It’s disheartening.”

Morrow started working at the store in 2003 under the previous owner and founder, Georgina Bregant. She eventually bought the business from Bregant in 2007.

“I looked like a weirdo straight up," she recalls, “I've got six million earrings, weird clothes, fishnets, striped arm warmers, and nobody would hire me at that time because it was much less acceptable to have different colour hair, earrings, and all that kind of stuff.”

“She (Georgina) was the most wonderful, accepting person and she didn't care what I looked like...and it was awesome that someone accepted me like that at face-value."

She says this has been an emotional experience preparing to close the business as she felt it was still Georgina’s baby.

“I feel like I’m just taking care of it for her,” says Morrow, “I’ve fought tooth and nail, and did everything in my power to keep this open.”

With the store, Morrow says she has tried to provide an inclusive and safe space for members of the LGBTQ community and residents who consider themselves ‘weirdos.’

“I’ve tried really hard to make this safe space for LGBTQ people, weirdos, everyone, ” she explains, “And I feel like the world is losing spaces like that where weirdos can gather and people can be themselves.”

Morrow adds while they are appreciative of those who did support them, there are still many shoppers who don’t try to buy local.

“When you support a local business, you support a real person and someone’s hopes and dreams and livelihood," Morrow explains, "And not like a faceless corporation like Amazon."

“The people who don’t even think about it, it blows my mind,” she says, “I’m very sad, but part of me is also very angry.”

As the pandemic continues, Morrow warns that more local businesses may have to close in the new year if people continue to do their shopping elsewhere.

“People don’t understand that if you don’t choose to support us now, we won’t be here later.”