COVID forced many changes for Guelph Soccer, but there's high hopes for next season

A new neighbourhood soccer program introduced in the summer allowed for a lower-cost participation in the sport
Nov 19, 2020 8:00 PM By: Kenneth Armstrong 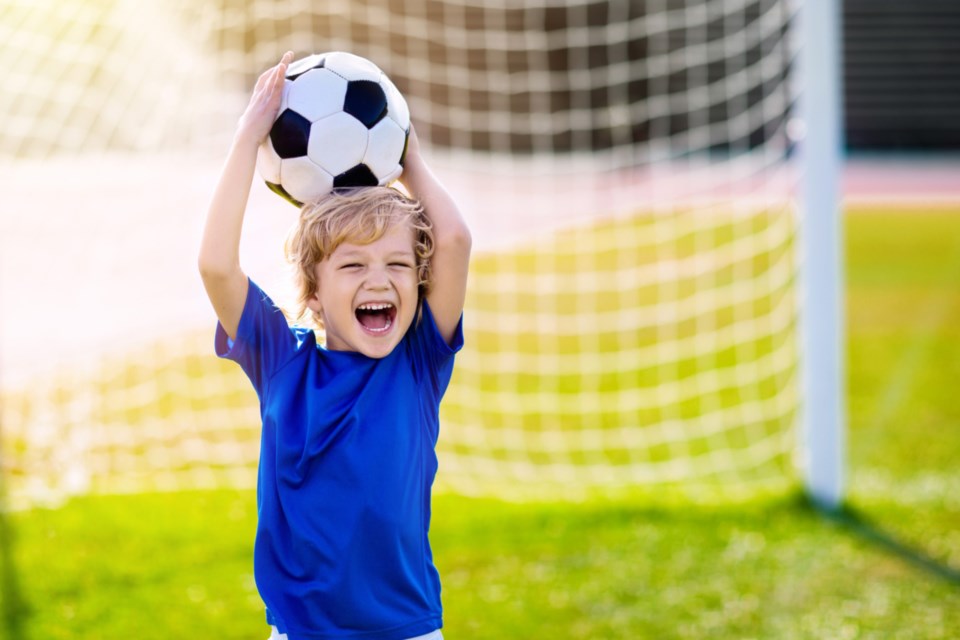 Guelph Soccer had to make some big changes as a result of COVID restrictions in the spring and summer, but is hoping to bounce back in a big way next outdoor season.

“It’s been really hard," said Sara Orrell, general manager of Guelph Soccer. " I think that every youth sport organization would echo that same thought because it feels like every time you get into a bit of a rhythm the protocols change, the requirements change — that’s everywhere, every industry — that’s how it feels."

Just about the time preparations for the new season were to begin, a province-wide shutdown prevented the start of outdoor soccer in the spring.

“Like for everyone, in March everything shut down for a number of months. While we weren’t physically on the field we were on Zoom and our players were active and we were trying to keep connected and engaged as much as possible," said Orrell.

The sports fields usually used by Guelph Soccer were closed for months while Guelph navigated its way through the pandemic.

“In July we started back on the field with some of our competitive programs. Initially it started as physically-distanced training," said Orrell. "I am sure you can imagine at that time we were just excited to be back on the field, it didn’t matter that people weren’t allowed to come in close contact and we were really still trying to figure out what the protocols looked like.

“We are required to physically distance when we are not active in the field of play, but obviously when you are on the field playing we have protocols that help reduce the spread of COVID-19," said Orrell. “When they are on the field of play and active, the word contact gets a bit tricky because there is contact in the game of soccer, it’s just reduced contact."

Those on-field protocols, called Return to Play, include no heading of the ball and no hand shaking between teams before or after the match.

Although the 400 competitive rep players were back on the pitch, Guelph Soccer's regular recreation league had to be scrapped because it was already late in the season and there wasn't time to order jerseys and to organize rosters and schedules for the approximately 2,200 kids that usually participate in a normal year.

“For the summer we had to get a bit creative and try something different,” said Orrell.

Guelph Soccer was able to launch its neighbourhood soccer program, which introduced a less formal and lower cost alternative to its regular rec program for about 200 kids.

“We peeled everything back and said what do we actually need? We need a patch of green space, we need nets and a ball," said Orrell. "We set up shop in four different areas across the city, which allowed our staff to go into a particular neighbourhood, set up a field and have all of the COVID-19 protocols in place, supervise the program to make sure everyone was following them."

The neighbourhood soccer program just let kids play for the months of August and September.

"It was pretty fun to see. It was simple, kids had a light and a dark shirt, we had a soccer ball and pop-up nets that we put in place," said Orrell. “The idea was to get players on the field quickly. There was definitely a need to strip away some of the things that would have taken us time to implement."

Although the program was developed to reduce financial and transportation barriers, the neighbourhood soccer program was open to everyone.

“The pandemic has not only impacted us as an organization, but also for our families and our communities. We really wanted to make sure organized sport stayed accessible to everyone, regardless of their financial situation," said Orrell.

Because of $6,000 from the city's emergency relief fund and the paired-down nature of the program, Guelph Soccer was able to keep the price of the neighbourhood soccer program down to about $100 a player, half of what the rec program usually costs.

"In 2021 what we are anticipating is to see both our house league program back as well as the neighbourhood soccer program, so families would have two options — they could do one, they could do the other or they could do both," said Orrell.

Currently, Guelph Soccer is running its house league program indoors at the Guelph Sports Dome, with another session beginning in January.

Orrell said a decrease in enrolment coupled with increased costs for things like personal protective equipment are making it increasingly more difficult for nonprofit youth sport organizations to operate.

"We have just stuck through this knowing our kids are going to benefit so much from all of the work that we do," said Orrell. "That’s what keeps us motivated, knowing that kids have a safe place where they can come and play and even socialize a little bit."