Cutting trees down on your property could prove costly 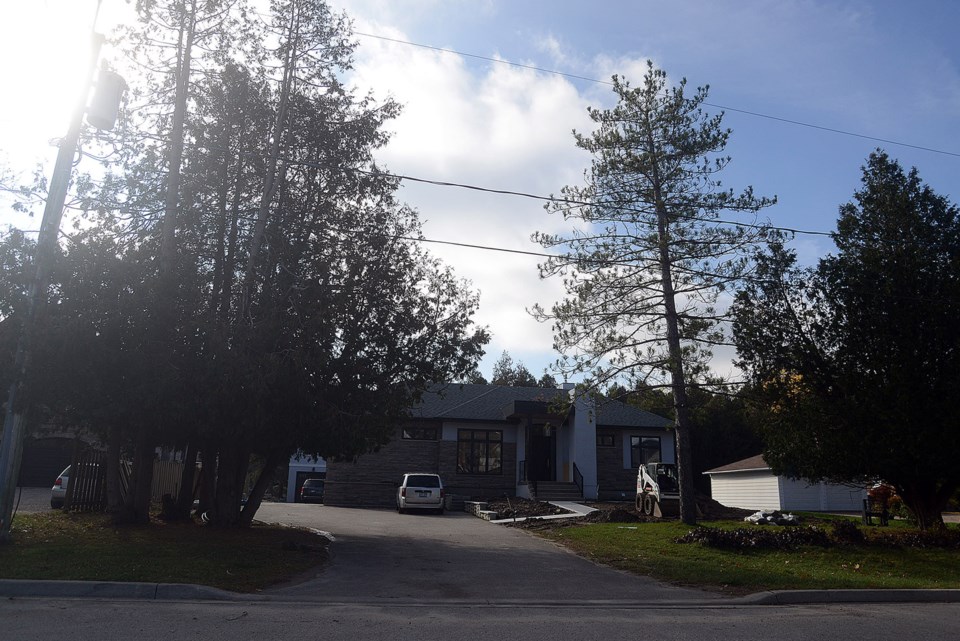 The owner of this property in Guelph's south end opposed the city's objection to him removing trees. Tony Saxon/GuelphToday

Mike Dykstra didn't think much of it when his family moved into their new south end home and ended up removing some trees.

His backyard at 115 Dawn Avenue in the city's south end had plenty of trees, so removing a few to clear enough space to add a garage to the home, a plan approved by the city, didn't seem like an issue.

Dykstra unknowingly violated the city's tree removal bylaw, which prohibits the removal of healthy trees without the city's permission on city properties over 0.2 hectares in size.

The bylaw does not apply to lots smaller than that.

When he found out and followed the rules to try and get permission to remove five more trees from the front of his property, he was turned down.

That led to a rare challenge to the City of Guelph's tree removal bylaw in front of city council recently.

Dykstra told council's Committee of the Whole meeting that the trees he wanted to remove at the front of his house haven't been looked after in years. They block visibility between neighbours and could potentially be an insurance liability.

"I understand the bylaw is to prevent people from cutting down forests. This is five trees," Dykstra said.

"I've been a landscaper for years, I'm as green as they get," he said.

The city's bylaw asks that trees it allows to be removed be replaced by the property owner at a three-to-one ratio. The homeowner has the opportunity to give cash in lieu of trees at a rate of $500 per tree, money that would be used to plant trees elsewhere in the city on city property.

"That's a little steep," said Dykstra of the potential cost.

Even Mayor Cam Guthrie sided with Dyskstra in principle, commenting that the city shouldn't be meddling too much in the affairs of homeowners, particularly when there was no ill-intent.

Council compromised, agreeing that Dykstra was "trying to do the right thing," as Coun. Karl Wettstein said, and granting him permission to remove the five trees in his front yard.