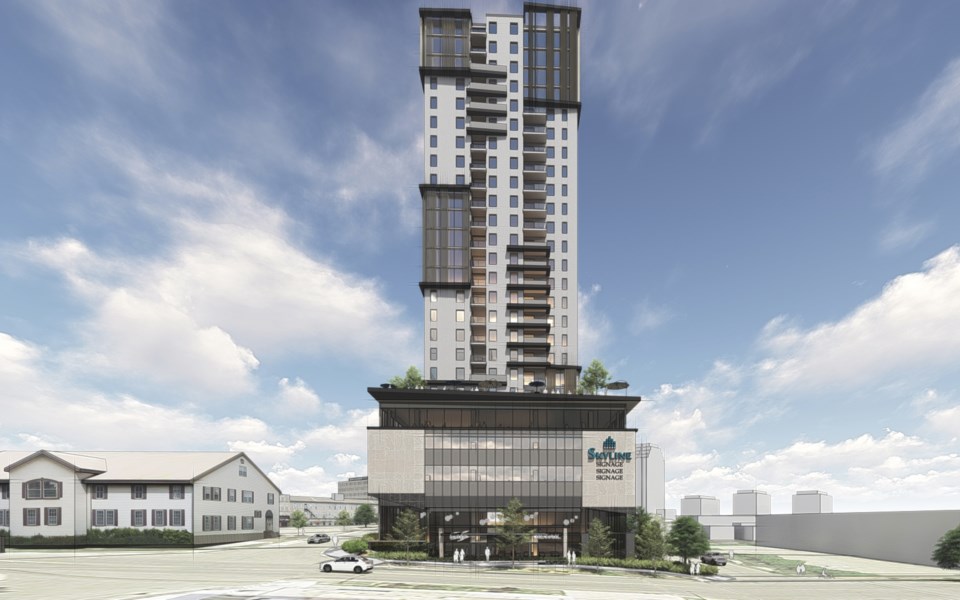 The company that wants to build the tallest building in Guelph’s history is appealing Guelph City Council's rejection of the plan.

Skydevco Inc. notified the city on Aug. 7 that it is appealing council's rejection of a rezoning application earlier this summer that would have cleared the way for a 25-storey mixed-use building at 70 Fountain St. to the Local Planning Appeal Tribunal (LPAT), the provincial body that now adjudicates appeals on municipal planning decisions.

“The appeal form does include the nature and the reasons for the appeal,” said city clerk Stephen O’Brien, adding that those grounds and the rest of the documents will be available on the LPAT site “shortly.”

Skydevco Inc., the development arm of Guelph-based the Skyline real estate company, was seeking a zoning change to allow for 25 stories that included 3,900 square feet of ground floor retail space and 67,000 square feet of office floor space on the first four floors. Above the fourth floor would be a 21-storey tower containing 180 apartments.

The location is currently zoned for up to six stories.

Council voted unanimously on July 13 to turn down the application.

Councillor Cathy Downer was surprised the developer never adjusted their plan after hearing concerns at an earlier public meeting.

“I have to say that in all my time on council I have rarely ever seen an application like this come back with no changes,” Downer said. “I’m really disappointed and I’m really surprised.”

Rob Mullin, lawyer for SkyDevco, a division of Skyline, said at the decision meeting that the project represents a $100-million investment in Downtown Guelph.

“This is a unique opportunity to revitalize downtown, especially south of the train tracks,” Mullin told council at the time.

It is not known when the appeal will be heard.

“Timelines vary considerably between appeals. Once an LPAT Case Management Officer/Coordinator and case number have been assigned they may be able to provide an estimated timeline.

“I’m also unsure of how COVID and any delay as a result of the pandemic has affected LPAT hearings,” O’Brien said.