Director of apartment complex for disabled clarifies his vision 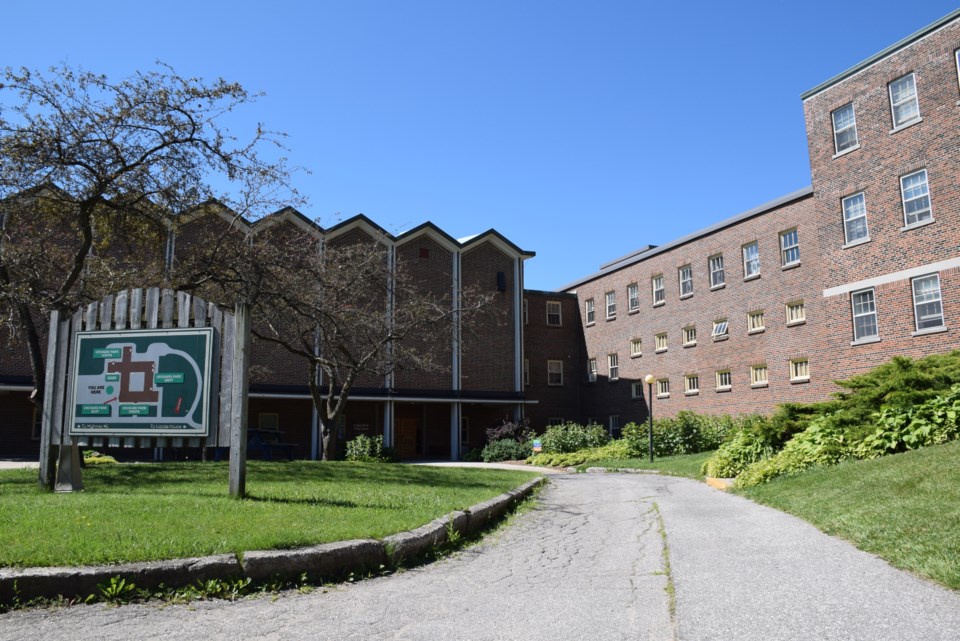 Mark Enchin, the director of a proposed sustainable and affordable apartment complex at the site of the Ignatius Jesuit Centre, said Monday there is some misconception about what his plans are. He wants to clarify.

Enchin said the Angel Oaks Communities Inc. proposal is not an institutionalized facility for developmentally disabled adults. Far from it, he said. Instead, it is an affordable place for the disabled and others to live, one that will be energy efficient, sustainable, and long-term.

The idea is to provide apartments for both the disabled and others, and to create a community in which residents support one another. He believes Ignatius Jesuit Centre is the ideal setting for such a community to take root and thrive.

Ignatius Jesuit Centre officials told GuelphToday.com earlier this month that the idea fits well with Ignatian practice and philosophy, and with the mandate of the centre.

Enchin said there has been some confusion and misunderstanding about the plan since it was made public on July 5. Many made the false assumption that the former Saint Stanislaus Novitiate Jesuit college “would be a place where people were put into an institution,” he said in a telephone interview. The college is now known as Orchard Park.

The plan calls for the creation of a 70-unit apartment complex in the former college, with homes for independent living in a building with a host of amenities, and in a beautiful rural setting.

For the past 40 years, he said, there has not been an effective provincial policy that creates long-term, affordable housing for those who need it most. Instead, public grants have been given to developers as incentive to include a few dwellings in larger projects, dwellings that are rented at affordable housing rates. After a prescribed time, the loans are forgiven and the apartments can then be sold to the highest bidder.

“So we are right back to where we started,” Enchin said. “My proposal was to build something that was, in perpetuity, always going to be affordable for people.”

Any profits accruing from the development would go into green energy technology such as solar, geothermal, and LED lighting, to ensure that affordability is maintained for residents. His strategy, he said, is a model for reversing the perpetually mounting costs associated with providing affordable public housing.

“This would literally create four-times the amount of housing, based on the existing funding model, and continually decrease the cost of those people living there,” he said. “For me, it is a bigger story than helping people with disabilities find a place to live.”

Enchin said his step-daughter is autistic and he has “a vested interest in trying to find her a place to live when her mother and I pass away.”

He added that there are many thousands of Ontario families facing the same challenge of ensuring their intellectually disabled offspring have a suitable, long-term place to live in adulthood.

“These are people who, through no fault of their own, need help,” he said.

His plan for Angel Oaks is to sell “life leases” that will raise the capital needed to build the project. Seeking government grant money is also a possibility.

He said there will be criteria in place for life leases. They will be set at a relatively affordable price given the project’s affordable energy component. And purchasers will have to understand that they will be living in a community that “will be run very similar to a cooperative.”

“We expect them to help with volunteering,” he said. “We expect them to understand that there will be people living there with intellectual disabilities, and that we are looking for supportive people, or good neighbours.”

He said there has been a great deal of interest in the project from people across Ontario. Many want to live there as a way of giving back to others, while others have a longstanding connection to Ignatius Jesuit Centre.

“There are enough people that will purchase the 50 units to support the other 25 units that will be geared to families that can’t afford to purchase,” he added.

One key principle underscoring the project is that when a holder of a life lease dies or moves away, the apartment will be purchased back at the same selling price. It will then be resold at a slightly higher price, the profits being used to upgrade the apartment.

About two years ago, Enchin met with about 30 families with intellectually disabled children to gauge the level of interest in the concept. He said 28 were eager to have an apartment.

“So it is technically sold out in many ways,” he said.

Enchin and his team will meet with current tenants of Orchard Park later this month to see which ones want to stay and which plan to move out. That will help determine certain space considerations.

After that, there will be a subsequent meeting in early August with parents and others interested in buying or renting a unit. Local parents from Wellington County will have the first opportunity. He said there are tens of thousands of families across Ontario on waiting lists for such housing.