Documentary to feature women entrepreneurs in the community

Although the film is geared mainly toward women and girls, the director thinks everyone will take something away with them after seeing the documentary
Aug 30, 2017 10:30 AM By: Kenneth Armstrong 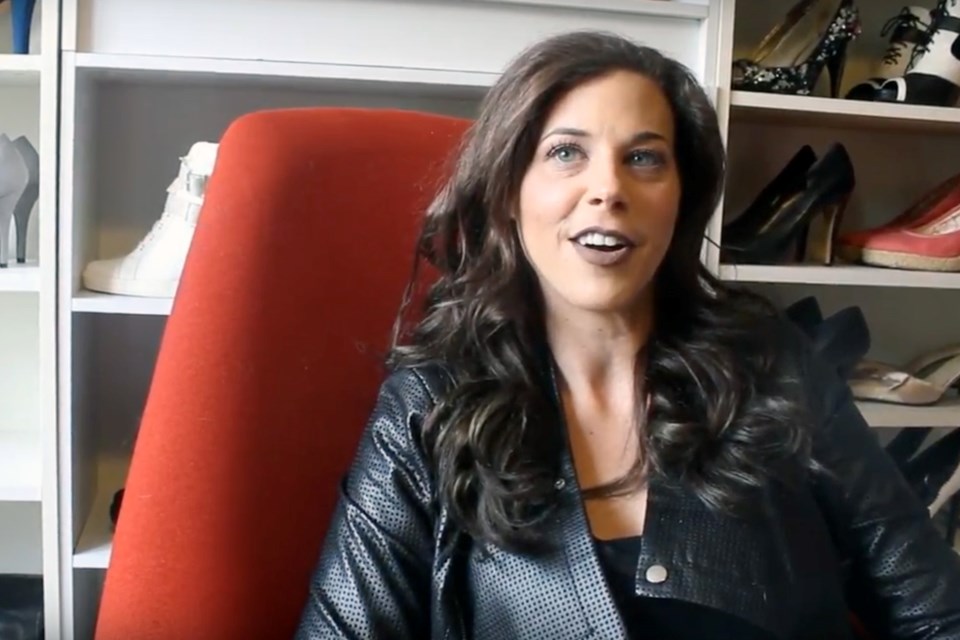 Andria DiPanfilo seen in this screenshot from the trailer for Local Ladies, a documentary film by Katie Green.

The director of a documentary film focusing on six women leading entrepreneurship in Guelph says she is excited for the upcoming screening to share their stories.

Katie Green spent months documenting the working life of six Guelph women during the summer break between year one and two of her Broadcast Journalism program at Conestoga College to create the film, titled Local Ladies.

“I was taking 7 a.m. trains back and forth for shooting interviews and then coming back (to Kitchener) to work my job. It ended up being long days, but worth it,” said Green.

Last year, Green produced about 20 video profiles of Guelph women in entrepreneurship and posted them online.

This year, she decided to concentrate on six women, creating an almost feature-length doc on their working lives.

The film will screen at Innovation Guelph on Sept. 6.

To call Green the film's director is a gross understatement. Writing, filming and editing the documentary were among the many roles she took on for the project.

“It’s been a complete one-woman show, which is a lot of work but also a lot of fun,” she said.

Green said she is excited for the live screening of the film and sharing it with the public and especially to the women she has profiled.

“All of the women are going to be bringing their friends and family. They’re going to get to see themselves on the screen as their stories are being told. I want to showcase that and make them feel important,” she said.

Andria DiPanfilo, a freelance makeup artist and teacher at John F. Ross and College Heights, is one of the six women profiled in the film.

DiPanfilo said she was excited when Green asked her to participate in the project.

It was a really humbling experience, not only being part of a project celebrating women and being an entrepreneur, but also that it celebrates being a woman in general,” said DiPanfilo.

Green followed the film’s subjects over the summer months and the film combines fly-on-the-wall scenes of the women working with personal interviews.

“I have four pillars when I do the series. We talk about women in entrepreneurship, we talk about the power of vulnerability, women supporting women and the support you can get from the role models in your life and we talk about self care,” said Green.

Although the film is geared mainly toward women and girls, Green thinks everyone will take something away with them after seeing the documentary.

Aside from being a passion project, Green also plans on adding the film to her portfolio as she heads into her final year in the Broadcast Journalism program.

Tickets are $10, with the proceeds going toward Women in Crisis in Guelph.

DiPanfilo said she plans on bringing just about everyone she knows to the showing.

In today’s society, said DiPanfilo, it’s important for women to support each other.

“The best kind of women build each other up and we have such a great strength within us we can be helpful, we can be powerful if we just put our minds to it with helping one another,” said DiPanfilo.

Click the play button below to view the trailer for Local Ladies.