Don't forget your pet's health during the heatwave 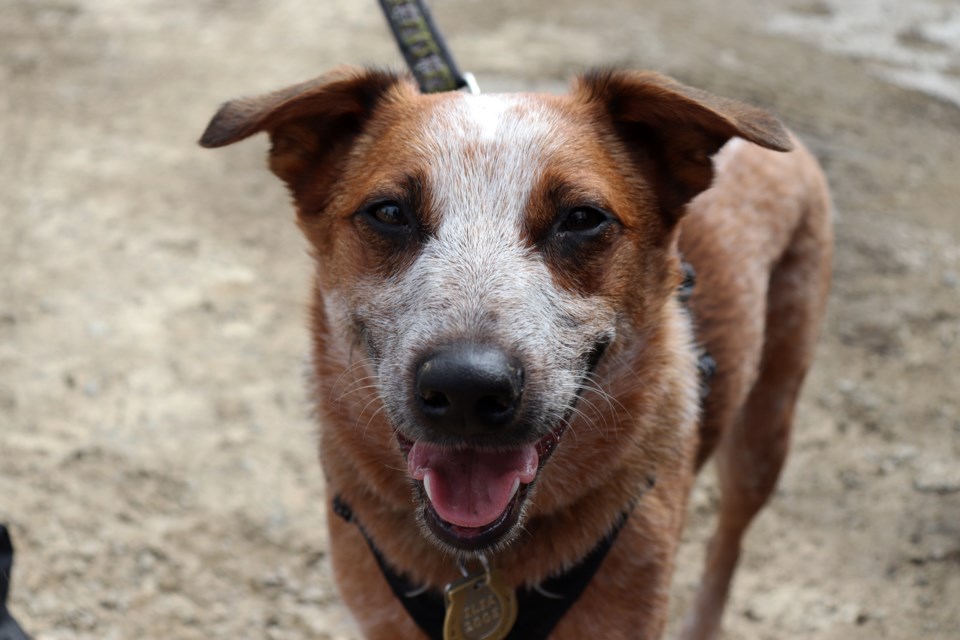 A heatwave is stretching from Ontario to the Atlantic provinces this week and a University of Guelph veterinarian is warning pet owners of the potential dangers from heat-related injuries for animals.

Dr. Shane Bateman said while most pet owners know not to leave their pets inside locked cars on hot days, there are other ways they could be putting their pets at risk of heat-related injury because just stepping outside on solid surfaces like a deck or a sidewalk during a heatwave if sufficient to cause burns.

“Like yourself, if you go outside and walk across some rocks that have been in the blazing sun, you won’t be able to do it very easily because it’s very painful because the temperature of that surface is so hot,” said Bateman.

“Any animal with no protection on its feet really shouldn’t be outside in the heat of the day at all for any reason unless they can be on grass or on surfaces that aren’t going to transmit the heat properly.”

Bateman said dogs won’t necessarily prioritize or communicate their own personal discomfort particularly when they’re playing or interacting with their owners.

“Their attention is focused on that relationship and attention they’re getting from their person,”  said Bateman.

“We have to be conscious of the fact that sometimes they don’t make good choices for themselves and we are there and encouraging them to make different choices.”

Bateman said dogs with short snouts, such as pugs and bulldogs are at the highest risk since they can’t pull air in deeply enough. Large hairy dogs can also overheat quickly.

He said because they lack sweat glands, many furred mammals need to pant to cool themselves. A dog’s lungs are highly vascularized, so moving air in and out of their lungs rapidly through panting allows them to cool their blood. But if the air around them is not cool enough, the work of panting further contributes to overheating.

“When the air surrounding them is so hot that they cant transmit any heat out of their body and into the environment, that’s when the heat gets trapped inside and they start to get into trouble,” said Bateman.

Cats have unique vascular adaptations that allow them to endure heat because they can shift their blood supply around their bodies. But dogs can develop severe heat-related injury if they can’t rest and get cool.

Bateman says its important to watch how much effort the dog is exerting to get cool. Signs of overheating include panting louder than usual, expressions of panic or anxiety with their eyes becoming wider and drooling with a long tongue bright red gums.

Early signs of dogs getting overheated include them being distracted where their attention is focused primarily on them breathing hard.

“It’s not simply panting. They’re exerting themselves significantly in order to cool their body temperature down,” said Bateman adding that one could also see a decrease in interaction and big wide red hanging tongue hanging out with a lot of saliva production.

Later signs include gastrointestinal distress that causes diarrhea or vomiting followed by a phase where they are lethargic and seem unresponsive to typical stimuli. They may also lay down or collapse.

“At that point, those are very serious life-threatening sorts of changes that we would need to have veterinarian attention immediately or there could be fatal consequences.

If someone notices a pet exhibiting any of these signs, Bateman says the first thing to do is call their local veterinarian clinic or veterinarian emergency clinic closest to them to get specific advice for the situation.

Bateman said in the meantime, one can gently spray one limb or one quart of the animal at a time with tepid water, not ice water.

“What we want to do is prevent their blood supply from constricting because we’ve got a cool substance. So their blood supply is going to be bringing that warm blood to the skin surface to cause evaporative cooling and getting rid of heat from them from that way as well,” said Bateman.