The new proposed Victoria Road location appears to be in or close to the same strip mall as a Guelph daycare provider
Aug 30, 2019 4:03 PM By: Kenneth Armstrong 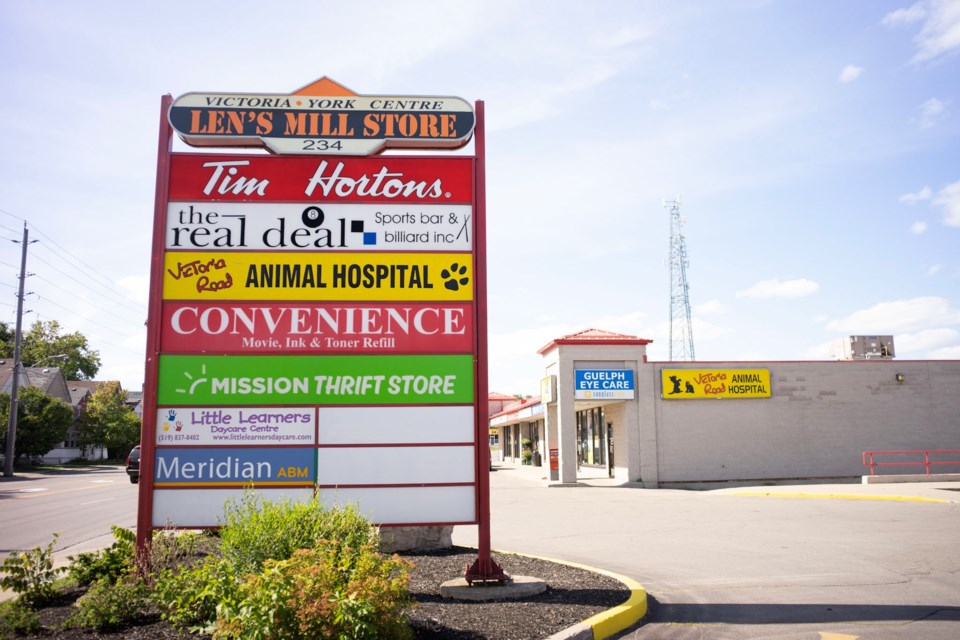 This plaza on Victoria Rd. S. has units with numbered addresses ranging from 200 to 234. An applicant has been selected to apply for a retail cannabis license at 208 Victoria Rd. S. Kenneth Armstrong/GuelphToday

The retail cannabis store proposed for Wyndham Street has been disqualified, but a waitlisted applicant hoping to open on Victoria Road has been bumped up.

On Friday, the Alcohol and Gaming Commission of Ontario (AGCO) announced 13 of the applicants of a recent retail cannabis license lottery have since been disqualified.

John Reynolds, who was selected earlier this month to apply for a license to open a proposed store on Wyndham Street near Quebec Street has been disqualified under Rule 14a — not submitting documents.

A waitlisted application for 208 Victoria Rd. S. has now been added to the selected retailers list for the West Region, which includes Guelph.

The proponent of that application, Ralph Llacar, must still apply for a license.

A strip mall on Victoria Rd. S. Has numbered addresses ranging from 200 to 234, but it is unclear which unit, if any, is numbered 208. The plaza currently includes The Real Deal Sports Bar, Mission Thrift Store and the Little Learners Daycare Centre.

No units in the strip mall appear to be vacant at press time.

when the City of Guelph decided to opt in to allowing retail cannabis stores, it reserved the right to consult with the AGCO if a proposed store is 150 metres or closer to parks, schools or daycares. The AGCO is not bound to those comments when making its decision to approve a license.

In an email on Friday, AGCO spokesperson Raymond Kahnert told GuelphToday that a lottery selection was only the first step in acquiring a license to operate a retail cannabis store.

GuelphToday will have more on this story as it becomes available.