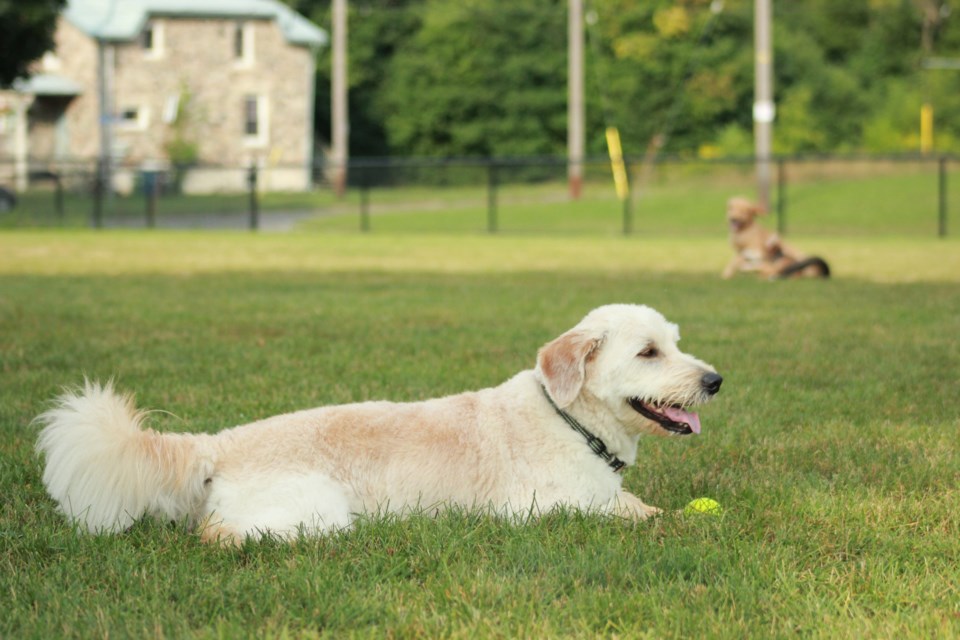 Eastview Park features three of the top four preferred locations for a future leash-free dog park in non-residential areas of the city, as outlined in a staff report released on Friday. The other is vacant site on Massey Road.

“Parkland inventory for use as a dog park is already constrained by the prohibition of dog parks adjacent to schools, due to compatibility concerns as identified in the leash free policy,” states the report. “Therefore, further eliminating residential areas from the site search drastically limits options to provide dog parks within real estate inventory owned by the city.”

In February, faced with complaints about noise,smell and parking issues regarding the city’s first dog park, opened months earlier at Peter Misersky Park in the east end, council instructed staff to explore options for a fenced dog park in non-residential areas on publicly owned lands.

Friday’s report outlines the options. In all, 14 sites were identified but 10 are not owned by the city, they belong to other public entities.

Of the remaining four, three are found at Eastview Park:

Option A - About 0.8 hectares of land along the east boundary of the park, near existing parking and on generally flat ground. Beyond dog park components, such as fencing, no major infrastructure is anticipated.

Option B - About 0.9 hectares of land along the north boundary of the park. Vegetation and natural sloping there accommodates drainage of the existing facility, which staff identify as a potential challenge for a dog park. The site also has a “history of misuse and vandalism” which staff feel may be exacerbated.

Option C - Known as Pollinator Park, this location is about 45 hectares in size, located in the southwest section of Eastview Park, over the former landfill. It is identified as a restoration area in the city’s official plan and not intended for active use, as it serves as habitat for a variety of pollinators and birds, as well as species protected under the Endangered Species Act.

As with Eastview Park, the fourth preferred site, 606 Massey Rd., was put forward as a suggestion from stakeholders.

It is about 4.45 hectares in size and has been identified as an opportunity to create industrial lots. It currently has no driveway or parking provisions. A “significant grade change” in the property could also be problematic, state staff.

“For the purpose of this report, a price range of $90,000 to $100,000 is being used to assume the constructed cost of a fenced facility, inclusive of detailed design and analysis, staff time, and implementation,” the report continues. “The price excludes any land use agreement, acquisition, grading, removal, or site remediation work that may be required depending on the site being considered. This amount is based on previously completed similar projects in Guelph.”

In cases where the land is currently undeveloped, the sites would require "significant additional design and construction costs" for major site improvements, including driveway access and parking facilities, states the report.

Two not yet built-out areas of the city were also identified as having potential to accommodate a dog park – the Guelph Innovation District (former reformatory lands along York Road, and Clair Maltby in the south end.

In addition to one at Peter Misersky Park, the city offers a fenced-in dog area at Bristol Street Park. That one opened in August.