Find the funky and outrageous at the Night Market 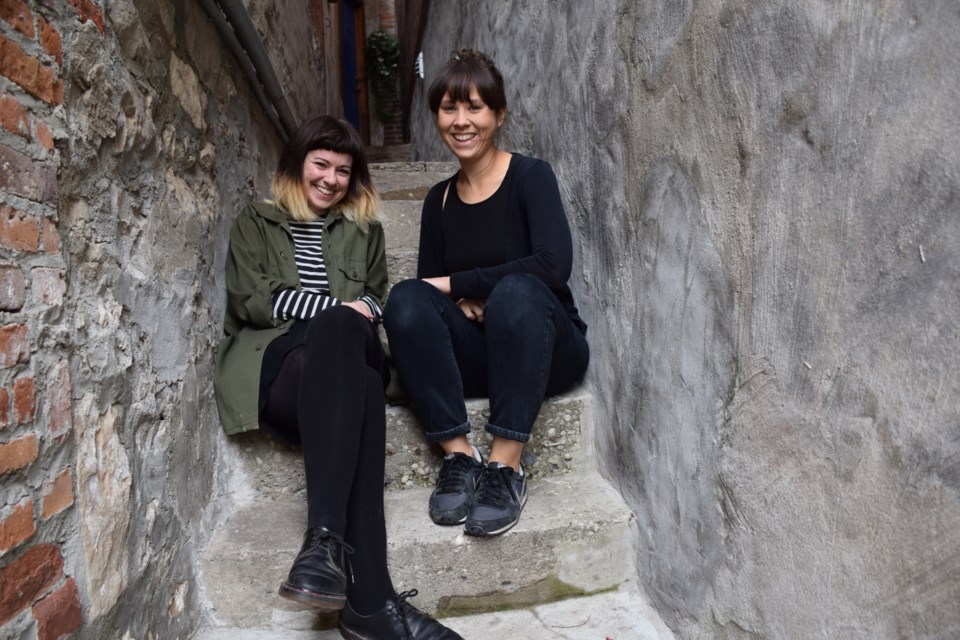 Success in business, even in the alternative economy, has its challenges. Emily Colley-Divjak and Theresa Mullin have found that out.

They are the originators of Guelph’s Night Market, a phenomenon that has grown so rapidly the women are having trouble finding a venue to hold all the numbers it attracts.

They know an ideal space is out there somewhere, they just need to find one at a reasonable cost, and with a few special characteristics.

The young entrepreneurs started the market as a way to give their creative friends an outlet for their in-home creations and small-scale business ventures.

They said a lot of people from their generation are busy making things that they would like to turn into a bit of coin in their pockets.  Whether it’s jewelry, art prints, sauces, soaps, or pottery, there was a wealth of handmade goods out there that needed a marketplace.

The last Night Market, held at the venue Silence on Essex Street, attracted 800 people – 800 people queuing up to get in and get their hands on unique, creative, funky, outrageous stuff.

Another Night Market is set for Nov. 4, this time at a venue - the Red Chevron Club on Elizabeth Street – that might be able to more comfortably accommodated the stampede.

There will be more vendors at the fall market, one with a photo booth, another with a flower truck, and one who has invented an interactive trinket contraption called the Trinketron.

But if the endeavour’s short history offers any predictables, the numbers will be more, as they always have been.

“The summer market at Silence felt so special,” said Mullin. “It was like an inside and outside thing. It just felt really special.”

“People just spent a lot of time hanging out together,” said Colley-Divjak.

The event featured a brewed-special-for-the-occasion watermelon beer that shook up the local beverage world.

The Night Market places dozens of small-scale vendors under one roof. They don’t pay a fee to be a part of it, but a $2 cover is charged to get in. That cover, and the profits from beverage sales, is where Emily and Theresa make their small income.

Everything about Night Market is clicking – the turnout, the fun, the sales, the vibe. Everything but the space.

“We want everyone to get in,” said Emily. “We don’t want there to be this line of people that feel sort of excluded and that sort of thing. That’s not our goal.”

The Red Chevron Club is the largest venue yet for the market.

“It is just hard to find spaces that we can afford, and that meet our needs,” said Mullin. “We want to be accessible, and we want it to be downtown. I know those spaces exist, the landlords just won’t cooperate.”

While they only need a space for a day or two every four months, some landlords want an entire months’ rent for that one or two days, which amounts to thousands of dollars, they said.

They’ve investigated church spaces, but most of those are dry venues. Night Market is wet.

“I think the Night Market just offers something that people can’t always readily get, which are these special crafts that people make in their own homes and don’t really have a way to sell otherwise,” said Colley-Divjak. “And we are also bringing in other artists and vendors from surrounding Ontario cities, which really adds a different flavour to it.”

The business partners don’t have an ironclad vision of what Night Market could become. For now, they’re satisfied to keep it fluid,  go with the flow, and see how and where it grows.

And they will keep their eyes and ears open for just the right space.

Missing Guelph man found safe
Aug 13, 2020 5:53 PM
Comments
We welcome your feedback and encourage you to share your thoughts. We ask that you be respectful of others and their points of view, refrain from personal attacks and stay on topic. To learn about our commenting policies and how we moderate, please read our Community Guidelines.