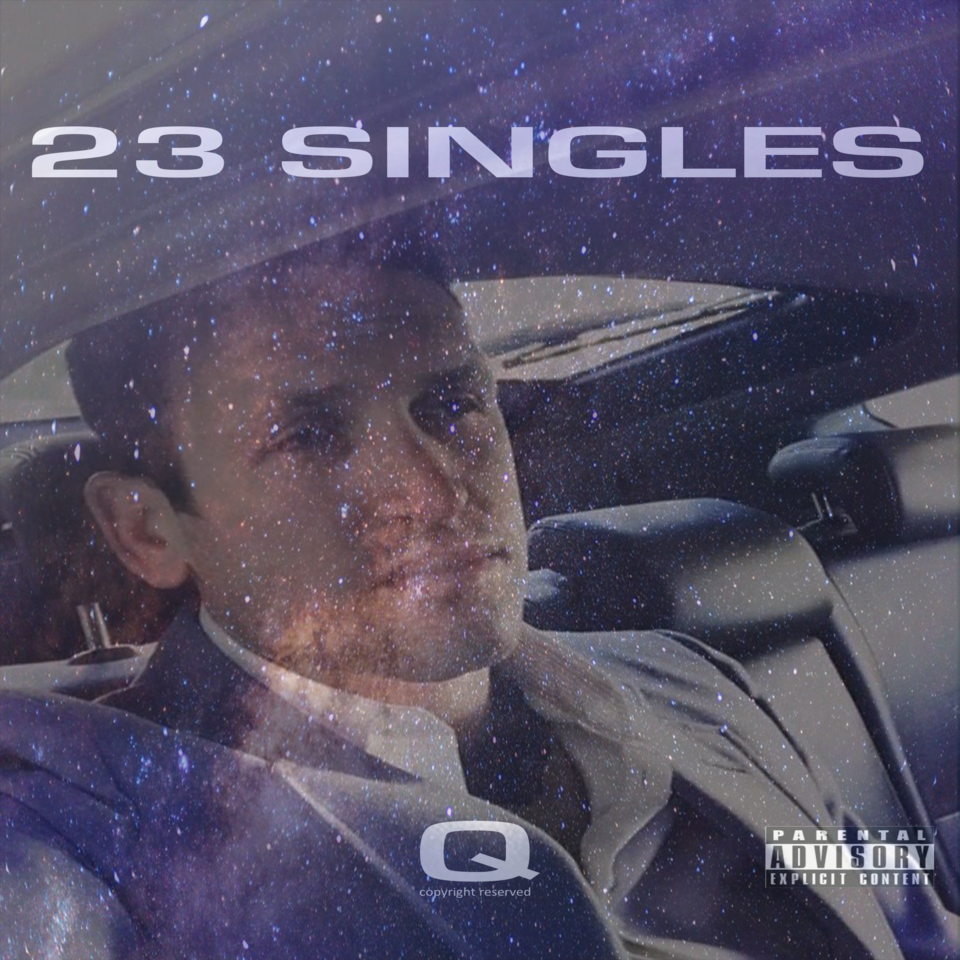 The upcoming albumn cover for Shea Kewin, who performs as Q.

Guelph’s Shea Kewin has been chasing his dreams most of his life.

First on the skating rink as a hockey player, then as an entrepreneur and now as a rapper.

Performing as ‘Q’, Kewin has produced a full album of tracks being released over the coming months. The first five are currently on YouTube.

“I first started writing raps when I was on my way to hockey games,” he said. “Listening to Eminem and Jay-Z and writing poems. That hooked me on the creative focus of it all.

“I always wanted to release a rap album at some time in my life, but I never wanted to be stereotyped as a so-called ‘rapper.’ Now I’m 32 years old and I find I’ve got a lot to say. I’ve gone through a lot in my life where it just all bubbled up and I gave a shot at it.

"My close friends liked it and I just got that confidence to release it because I was really proud and happy with my body of work.”

Kewin’s work is personal. Through his music he opens up about some of his mental health battles, something he attributes to stress from his work as an entrepreneur and post-concussion symptoms from his hockey days.

He sees music as a new lease on life.

“It’s definitely therapeutic for me to do this. I’ve been battling my inner demons and having all the stress that comes with having a business fail. This is a way to kind of release that and have something that is timeless for me to look back on and cherish.”

Kewin was a fourth round draft pick of the Ontario Hockey League’s Ottawa 67’s and would go on to play 225 games with Ottawa and Oshawa of the OHL before wrapping up his junior career with a stint with St. John of the Quebec Major Junior Hockey League.

After junior hockey, he studied and played for four years at Dalhousie University, ending his competitive hockey with a stint at the University of New Brunswick.

Kewin stuck with the business but says it went dormant 18 months ago due to cash flow and quality control issues. His plan is to raise capital and look for a distribution deal for UHWK in 2021.

But for now his focus is on his music.

“I first started rapping in university. I did a mixed tape of four songs. Two I wrote about a year ago and the rest I wrote in the past six weeks,” said Kewin.

“I found a Juno-level producer and he became a good friend of mine. He helped me master and mix them and they all sound pretty good now. I’m pretty happy about it.”

He says a lot of the songs are reflection, others are projection.

Kewin writes all the lyrics, he licences most of the beats off the internet.

He says he is taking this seriously.

“I definitely intend to go all-in on it,” Kewin said, adding that he is searching for a record company to get his music out there.

“It’s so much fun and it’s such a passion project for me right now … it gets me in that creative zone again.”