Lisa Baird’s Winter Cold Girls is a publication of Dagger Editions, an extension of Caitlin Fall Press dedicated to literary work by and about Queer women
0
Sep 11, 2019 1:40 PM By: Anam Khan 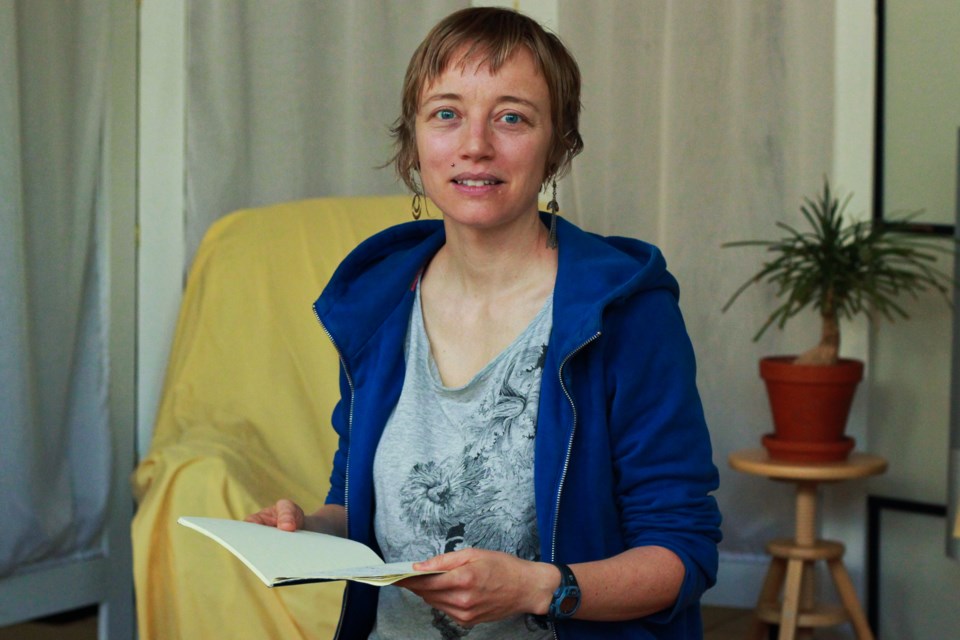 For the first time, popular Guelph poetry writer Lisa Baird will have her poetry published in her debut book, Winter’s Cold Girls.

Baird is a poet, community acupuncturist, and identifies as queer. Her poetry has appeared in various literary journals including PRISM International, Arc Poetry Magazine, Rattle and Plenitude. Her poems often paint visuals of fantasy through words by writing about women dealing with relatable experiences.

She is a contributor to the Lambda Literary Award-winning anthology The Remedy: Queer and Trans Voices on Health and Healthcare, and to GUSH: Menstrual Manifestos for Our Times and has participated in several poetry slams.

“I'm very excited. I've been working toward this for years and years,” says Baird about her book publishing on Oct. 4, which will be followed by a book reading on Oct. 19 at the Canadian Festival of Spoken Word.

“I write a lot about trauma and recovery and I write about it through different lenses so, in this book, a lot of the poems are sort of fantastical poems like extended metaphors,” says Baird.

For example, in the book, she speaks about a mother who turns into a deer and then bolts out the window, breaking the window - and while that didn't actually happen- it examines trauma through a different angle.

She says the poetry she responds to is often one that is enriched with visual imagery as well as intimate themes that have the power to move an individual.

“Everyone is programmed to act as if everything is fine. Nothing bad ever happened to you, and if it did, you’re fine and I think a lot of that has been challenged in the last few years,” says Baird.

Baird was born and raised in Kingston and moved to Guelph in 2002. She briefly lived in Victoria and Manchester, England, and her love of poetry pushed her to experience slam poetry in multiple cities.

“I guess I've been super fortunate. I started performing in my early 20’s and spoken word audiences are pretty enthusiastic,” says Baird.

She says when she first began to write poetry 20 years ago - a transition from short stories she wrote as a child- she began to write about some of the things that happened to here and shaped her.

“It was incredibly empowering to start talking about that. Not only talking about that to my friends but into a microphone to a room full of people and the feedback I got consistently was that it was really supportive for other people too,” said Baird.

Baird says there is a lot of joy in the book as well that balances out the trauma, and when the audience reads it, she hopes that they are able to engage with the work as well as be moved by it.